5 technologies redefining football as a sport 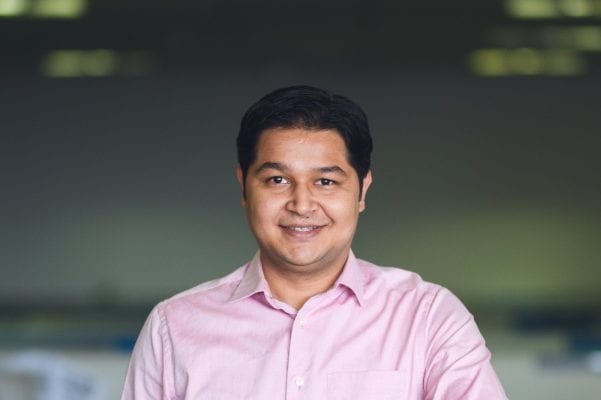 When it comes to sports, there is none that can rival the popularity and fan following of football, globally. While for the most part, the sport has stayed true to its traditional roots, technology has played a crucial role in the modernization of football. In fact, technology is playing such a huge part in making football what it is today that it has given rise to an autonomous IT sector of its own.

Let us take a few minutes to discuss some of the conventional and new-age technologies that are currently being applied in the field of football.

Big Data and Analytics
Considering the vast history and the way the sport is played, there is a humongous amount of data that is collected and used to gain insights. Furthermore, this data isn’t simple statistical data that can be represented with tables and charts. Data collected from sports and games includes multiple formats like videos, images, social media posts etc. Considering its unstructured format and vastness, this data can be classified as Big Data. As most of us already know, Big Data cannot be processed, stored and analyzed using traditional technologies. For this reason, Big Data and Analytics using the Hadoop ecosystem is utilized in such cases.

To understand this better, let us take the instance of ‘Match Insights,’ a tool designed and developed by the Germans to devise strategies in the 2014 World Cup. This tool derived data from decades of recorded history and helped Germany destroy its competition in the international tournament. Similar algorithms were utilized by several teams including Germany, Russia, and France in the 2018 FIFA World Cup. This is one of the most well-known applications of Big Data and analytics in sports.

This is one of the oldest technologies being applied to almost all sports. Charts, graphs, and heatmaps are used extensively not only to derive important insights but also to satisfy the viewership. To understand the difference made by data visualization, let’s take the example of number of players from each country registered per team at FIFA right now.

Visualization of data not only makes the dataset more appealing to look at, but it also makes it easier to understand and derive insights from. When it comes to data visualization in FIFA, tools like IBM Cognos, Tableau, and QlikView are predominantly used.

Internet of Things (IoT)
We have already covered analysis and representation of data in the above two sections. Now let us look at how this data can be collected in real-time.

Until a decade ago, collection of data in real-time was a very difficult task. But, with the advent of Internet of Things, data collection is as easy as slapping on a wristband on all the players. These smart wearables and devices track real-time data like heartrate, speed, stress etc. and store everything on a central data warehouse for further processing. The hugely marketed technologies — virtual-assisted referee (VAR), goal-line tracking (GLT) and player performance insights — are all based on IoT.

Cloud Computing
With data collection, analysis and representation out of the way, let us now look at how this data can be stored. The most logical and convenient data storage solution that current technologies offer is cloud computing.

As you might already know, cloud computing allows remote storage of data. Additionally, most of today’s cloud solutions provide an integrated environment that can assist in almost all solutions —analysis and reporting included. Additionally, cloud storage solutions are elastic so there will never be a need to get rid of old data to make room for newer one. This will vastly increase the accuracy and clarity of historical analyses. Finally, cloud solutions offer remote access to data over a variety of devices. All of this makes cloud an ideal choice for storage and warehousing of sports data.

Artificial Intelligence (AI) and Machine Learning
A few years ago, a lot of the FIFA hype was around Paul, the octopus, who could predict the winners of each match. The organic creature had a very high success rate of 85 percent, but we are moving into a digital world now and divination isn’t really a part of it.

And, tragic as it may seem, Paul is dead. But, making up for the loss of this football mascot isn’t as difficult as it may seem. In fact, the world cup after Paul’s death, a group of data analysts from Google designed a machine learning algorithm that derived historical insights and predicted the outcomes of each match. This system had a success rate which was three percent more than our eight-tentacled diviner.

In a similar manner, several machine learning and AI algorithms were prepared this year to predict the outcomes of the matches in the 2018 FIFA World Cup. You can find hundreds of them online on websites like Kaggle.

These are just five of the popular technologies that are changing football as we know it. Each of them makes the sport better than ever before for both fans and players alike.

5G in 2018 might be ambitious but definitely 2019: Sarah Yost, National Instruments