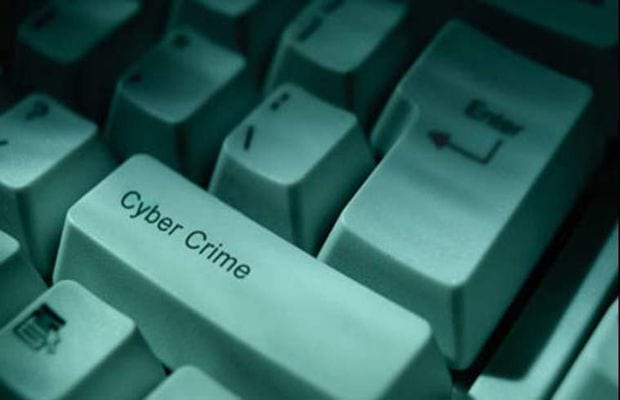 Incidences of cyber crime in India shot up drastically in 2015, with 72 per cent companies in the country falling prey to online attacks this year, KPMG Cybercrime Survey Report 2015 said.

Incidences of cyber crime in India shot up drastically in 2015, with 72 per cent companies in the country falling prey to online attacks this year, a survey report said.

“Around 72 per cent of Indian companies faced cyber attacks this year alone. 94 per cent respondents indicated that cyber-crime is a major threat faced by organisations, but surprisingly only 41 per cent indicated that it forms part of the board agenda,” the KPMG Cybercrime Survey Report 2015 prepared by KPMG in India, a professional services firm, said.

The survey report was released in the presence of Mumbai Police Commissioner Ahmed Javed in Mumbai.

Eighty three per cent respondents of the 250+ C-suite executives that participated in the survey indicated that there is usually external involvement in cyber-attacks with directors/management being most vulnerable according to 64 per cent, the report said adding, “It was also alarming to note that 54 per cent indicated that spend on cyber defences is less than five per cent of the IT spend.”

City police commissioner urged the companies to approach police instead of leaving such incidents go unreported.

“The reason for this (incidents being unreported), usually, is that the company is afraid of its reputation being spoilt in the market or his shares might come down,” said Javed.

Also, the advancement and adoption of technology has enabled criminals to leverage upon it to carry out crime, he said.

The Mumbai police has a dedicated cyber police station and is continuously strengthening itself by undertaking trainings to deal with cyber-crime cases, he informed.

“It is critical for the citizens, both corporates and individuals, to be aware of cyber risks and not fall a prey to the phishing scams. We are undertaking a drive to educate and create an awareness among citizens with reference to cyber-threats,” Javed said. Mritunjay Kapur, Partner and Head, Risk Consulting, KPMG in India, said, “The last few years have seen multifold increase in cybercrimes across regions and sectors. Given the proliferation of connected technologies, organisations today face a significant challenge to be resilient against cyber-attacks and incidents.”

“It is also important that the management realises that these are no longer a one-time phenomenon. The nature of cybercrime is constantly evolving, specifically with attackers having a solid arsenal of the ever evolving stealth attack,” he said.

According to Mohit Bahl, Partner and Head Forensics, KPMG in India, cyber criminals have understood the potential of an illicit financial gain and have begun executing highly sophisticated technology-driven frauds.

“These cyber-frauds, by nature, are complex and difficult to detect. Organisations need to strengthen their cyber incident response process along with building strong prevention and detection systems. Cyber forensics, therefore, is becoming a critical component of fraud investigations,” Bahl added.