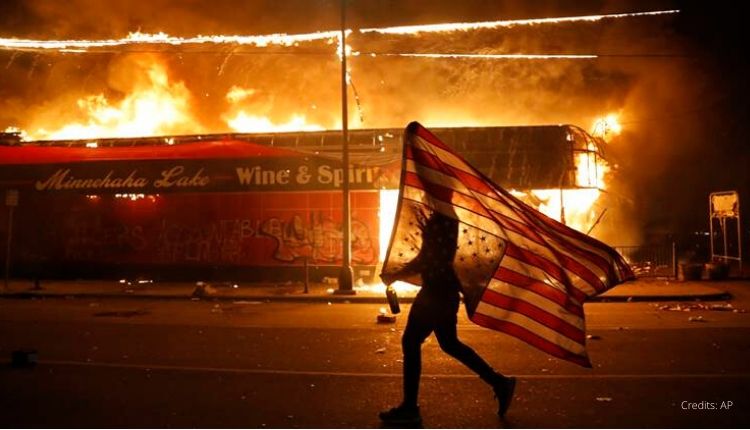 Amazon.com Inc scaled back deliveries and adjusted routes in cities including Chicago and Los Angeles, Apple kept some outlets shut, while Target Corp extended store closures nationwide after the death of George Floyd sparked demonstrations across the country.

“We are monitoring the situation closely and in a handful of cities we adjusted routes or scaled back typical operations to ensure the safety of our teams,” an Amazon spokeswoman told Bloomberg News.

Apple had reopened about 130 of its about 270 stores following the coronavirus pandemic, and most of them were closed on Sunday, the company said in a statement.

Protests around the country are complicating operations for companies from Amazon, which has been one of the few consumer-facing companies to generate new business during the pandemic, to Target, which still retains a heavy bricks-and-mortar presence.

Based in Minneapolis where Floyd died in police custody, Target had already closed 32 stores in the area. On Sunday, it said it was closing dozens more around the nation, at least temporarily.

“We are a community in pain,” Chief Executive Officer Brian Cornell said in a statement shortly after Floyd’s death. “That pain is not unique to the Twin Cities — it extends across America.”

In Chicago and Los Angeles, Amazon delivery drivers received messages Saturday night that said: “If you are currently out delivering packages, stop immediately and return home. If you have not completed your route, please return undelivered packages to the pick-up location whenever you’re able to do so.”

Amazon was “in close contact with local officials and will continue to monitor the protests,” and would only re-open delivery stations when it’s safe and will plan delivery routes by monitoring demonstrations in every zip code, according to messages reviewed by Bloomberg.

Has COVID-19 Opened Doors For Automation Even More?