App Wars: Who Stands To Win? 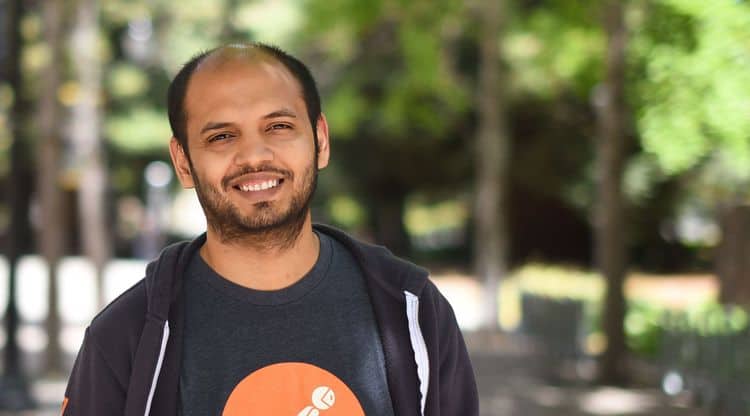 With the novel coronavirus outbreak, Internet mobile communication has emerged as a key technology helping people sustain business and life. That may partially explain why spending on mobile apps is projected to double to $171 billion by 2024, as per a Sensor Tower Store Intelligence report. The report estimates that the two largest app stores—Apple’s App Store and Google’s PlayStore—will reach total sales of $102 billion in 2020, growing by 20 percent annually, thus apparently defying the pandemic’s adverse economic effects.

With people sheltering in place due to the pandemic, mobile apps have become the go-to resource, providing services such as office connectivity, people-to-people communication, banking, information sharing, e-commerce, and entertainment. But there may be a shift on the horizon.

Called native apps, these apps work superbly on the specific platforms and devices they are built for. They leverage a device’s “native” features such as camera, scanner, and GPS to carry out specific functions. However, native apps come with a few limitations. For starters, a native app needs to be downloaded and installed on the device, which consumes precious storage space on the device. Since a native app is built for a particular platform, developing it for a different platform calls for separate investment by the developer, thus requiring greater time and funding. Native apps also require increased spending on support, because bugs and other issues need to be fixed separately for each platform.

Here come the hybrids
To overcome these limitations in native apps, a new approach soon emerged: hybrid apps. The hybrid-app philosophy was to build the core code once and port it to different platforms. Ionic, NativeScript, PhoneGap, React Native, and Xamarin are some of the popular frameworks employed for such development practices.

Hybrid app development, however, addressed only a part of the issue. Although not as expensive as building different native apps for different platforms from scratch, even hybrid app projects tend to be costly. One crucial challenge in such projects is a chronic talent shortage—companies need developers well-versed in multiple platforms as well as the framework(s) being used. The support costs also tend to be high, as the ported apps need platform-specific bug-fixing.

The third wave: web apps
Developers, therefore, started building web apps—apps that can run on any mobile device and require only a browser and internet connectivity. Using technologies such as CSS3, HTML5, JavaScript, and Cordova, developers create internet-based apps with special functionality for mobile devices.

As web apps do not require downloads for installation, they save the precious device storage space. And because they do not reside on a user’s device, web apps don’t need upgrades or updates. From the developers’ perspective, it is less complicated and faster to build web apps because they do not have to build apps separately for different platforms. Lastly, web apps are independent of the specific mobile platform(s) or device(s), which makes them easier to maintain.

The best of all worlds
Recently, a new approach is gaining popularity amongst developers: progressive web apps (PWAs). Mozilla defines a progressive web app (PWA) as a web app developed using specific patterns; APIs and other features to allow it to take advantage of both web and native app features. In contrast to a standard web app, a PWA works offline (albeit partially), is installable, is easy to synchronize, and can send push notifications, among other things. PWAs have a strong list of features that help explain their increasing popularity:

Native-like experience: PWAs look and behave like native apps. For example, they can leverage native features of devices, such as cameras and GPS, like any other native app.
No store, no download: Being web apps, PWAs do not need a store (e.g., Apple’s App Store and Google’s PlayStore) for discovery. Similarly, they do not need to be downloaded, thus, saving download time and storage space on the user’s device.

Can work without Internet: Unlike standard web apps, PWAs allow the user to carry out certain functions offline through background processing and URL caching. For example, operations such as filling out forms, doing basic calculations, etc., are possible offline. However, the app needs internet for its full usage. For instance, in the case of a motor insurance surveyor PWA, a claim assessment executive could use the app in offline mode in an area with low or no internet connectivity to click accident site photos, record police and witness statements, etc. The app can then send the collected data to the server once the internet is available.

Loads faster: As PWAs retain some data on the user device (such as URL cache, session, and cookies), they load faster than standard web apps, thus, providing a native-like latency experience. However, full-fledged usage of a PWA can depend on bandwidth availability.
Discoverable: Being part of the web, PWAs are discoverable via a search engine.

Notifications: Like native apps, PWAs can allow for sending notifications directly to user device whenever new updates or content is available.

PWA use cases: Flipkart, Trivago, Twitter, and Tinder
E-commerce giant Flipkart uses Flipkart Lite, a PWA, to simplify its mobile shopping experience. Similarly, many businesses have introduced PWAs targeted at their upwardly mobile consumers. Ola uses a PWA to target small-city customers in India. Twitter has introduced Twitter Lite, the travel aggregator Trivago has launched a PWA for its potential mobile customers, and the popular dating platform Tinder uses Tinder Online PWA to expand its reach amongst mobile users. The mega-platform players like Apple, Mozilla, Microsoft, and Google support the development of PWAs by enabling developers with specialized tools and documentation.

While native apps continue to hold ground due to a few inherent advantages, PWAs seem poised to gain significant market share. Of course, the choice of the app will be primarily driven by the specific objective that an app is meant to fulfill. For example, for companies that want to focus on providing an excellent user experience and do not have any significant budget or time constraints, a native app may still be the correct choice. But for many other organizations, PWAs may be the new winner in the app wars.