Home  »  News  »  As Australia’s Wildfire Worsens, How Can Technology Come To The Rescue?

As Australia’s Wildfire Worsens, How Can Technology Come To The Rescue?

The flickering embers of the wildfire in Australia bring into perspective the relevance of technology in times of disasters. 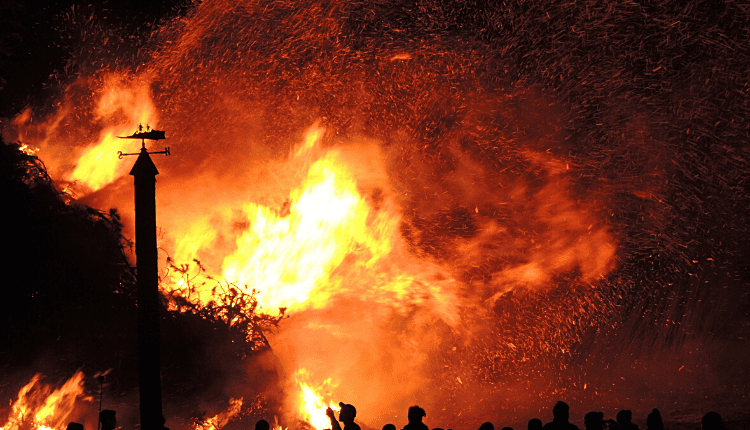 Australia’s wildfire unforgivingly claims the lives of 25 people nationwide, burns close to 2000 homes and 5 million hectares of land in New South Wales! How can technology come to the rescue?

The wildfire is a combination of persistent heat and drought in the country, heavily hinting at climate change. Authorities and firefighters are relentlessly working on gaining control over the situation, but subsiding huge fires looks difficult.

We are far from denying that the weather conditions are changing turbulently across the world and the probability of higher temperatures is high already.

This ghastly incident brings flashbacks of wildfires that occurred in California in 2018 and the Amazon forest earlier this year. While 2019 may have recorded lesser wildfires than 2018, Australia’s wildfire is truly heartbreaking.

At a time like this, we must put into perspective how technology can be put to better use at preventing these disasters and where has it already proved successful.

How can technology come to rescue wildfires?

Jets and helicopters are the only suitable way of accessing a location that is burning. These life saviours should have enough capacity to hold fire retardants and large gallons of water. The firefighters that are manoeuvring the copters can use thermal image technology to monitor the fire and update the ground team.

Thermal images are not affected by smoke and are very helpful when used on smart devices or cameras. Along with protective gear, GPS data and videos can help gauge the intensity of the situation to deploy helpers.

What makes it different from helicopters? Smoke inhalation is very dangerous to firefighters flying helicopters. A drone won’t be affected by this and will still be able to perform its functions with a human stationed on the ground. This means that images and videos of wildfires, objects that are inflammable, areas most affected, etc would be communicated to the ground team via drones without any of them being there.

The Yosemite National Park fire blaze was an unfortunate one, especially when the firefighting crew lost connection with the staff. A drone was sent out to locate them and reestablish a connection.

The whole purpose of developing robots is for them to perform activities humans can and can’t. A wildfire situation makes firefighters vulnerable to not be able to sustain themselves when helping out people stuck in fires.

A robot can perform a lot of functions to douse fires by collecting data on areas affected by fire and their intensity and using a laser scanner and thermal camera to see through less visibility. It can also be sent to rescue people stuck in wildfires where a person cannot go. Smokebot is an example of this. Developed in Germany, this robot can navigate through smoke and gather data for firefighters.

When we ponder upon the prevention of a wildfire, the possibility of deploying AI could be a solution. By gathering information on areas prone to wildfires, fossil fuels, increasing temperatures, spotting factors that could lead to wildfire, etc through cameras, a map of a possible wildfire could be charted. By putting up cameras in fire-prone areas and forming an AI algorithm, the first signs of a wildfire could be enough to stop one.

NASA has been extensively using satellite instruments to identify wildfires in remote areas and then transferring information to the concerned departments. The existence of satellites wasn’t for fires as much as it was for space exploration. But, with its superior quality of images and immediate relay of information regarding fires, it has saved a lot of lives.

More often than not, nature takes its own measures to save itself from destruction, Incase of wildfires, respite is sought through sudden rainfall. But, it is too optimistic to always expect a miracle. Technology comes a ‘man-made’ miracle during difficult times.

As more elements of technology work on reaching their potential, a scientists’ conscience while building them plays a major role. The existing infrastructure of satellite imagery has been helping provide information on the spread of fire and areas most affected by it. Giant companies from various sectors such as healthcare, insurance, AI and satellite imagery are already finding success with their technology innovations to fight wildfires.

Five predictions on how technology will impact society in 2020: IEEE