Customisation, convenience and efficiency in payments 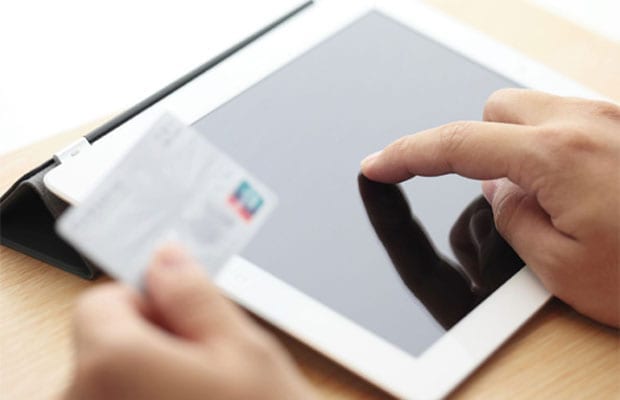 According to Google-BCG 2017 study, fifty-one million small and medium enterprises in the country accounting for nearly 40% of GDP represent a massive opportunity to drive the growth of digital payments

India is the second largest online market with over 348 million internet users, ranked only behind China. The increased digital population is continuously exploring new ways to access, learn and transact through various channels of commerce. There has been a significant increase reported in the business conducted online especially after demonetisation in the country. While there was an initial setback, it has had a silver lining and small enterprises are now leveraging the opportunity created by digital payments.

In the past, the Indian economy was traditionally dominated by cash. However, the increased adoption of smartphones, together with a favourable regulatory environment, are pushing the economy to a less cash-dependent state and promoting digital payments. Increase in the use of smartphones and improved internet penetration have contributed to the digitisation of payments, whether it is buying daily groceries or conducting global business.

Technological advancements continue to break paradigms. Businesses have used technology to become more efficient, cost-effective and expand. Small enterprises in semi-urban cities have found digitisation as a channel to expand conventional geographies. Shifting towards a digital payments ecosystem has helped entrepreneurs reduce costs and enhanced their customer experience. Also, it adds up to on-demand experience without any hassle to the customer.

Disruptive technology, such as big data, Internet of Things(IoT) and blockchain, has given a new dimension to transactions conducted digitally. A most essential factor that drives business on the digital platform is customisation. Mapping your target customer based on the understanding of their preferences allows personalised selling and even gets faster conversions of sales. We are transacting business in a borderless world now, where a seller from Rajasthan can target a buyer in Japan or Canada, understand his needs, transact and deliver without having to worry about logistical challenges, in a safe and secure way.

Retailers are also taking advantage of the borderless world by offering incentives and loyalty programs based on customer preferences. Over the last couple of years, many such entrepreneurs have shifted completely to online selling because of its low cost and faster conversion.

Convenience is another important reason for the rapid growth of digital commerce. Fintech drivers in Digital payments have created massive transformation. They have helped in reducing timelines for settlement, made it seamless and now offer multiple options in the methods available for a user to choose from. Fintech has also made the process a low friction one by introducing digital and biometric Realtime compliance.

Where the opportunity lies

According to Google-BCG 2017 study, fifty-one million small and medium enterprises in the country accounting for nearly 40% of GDP represent a massive opportunity to drive the growth of digital payments. There is some reluctance among retailers to adopt the digital route, primarily due to their mindset. The most common fear is the safety quotient with e-commerce. While the government has taken initiatives to build trust among the semi-urban population, a key regulatory aim is to build security and trust in the payments system by understanding, monitoring, and, where necessary, intervening to protect the rights of retail and commercial customers. Fintech players are also focusing on digitising the transaction flow and helping businesses to receive and send money with a click.

In addition to supporting transactions Fintech is now trying to expand its scope of operations by including ecosystem level challenges. For example, we have seen many modules that are operating pre and post transactions like accounting, tax filing and payments, distribution pay-outs etc been digitized and democratized. We see a convergence of consumer and B2B overlapping needs take root into the new world that digitization is helping build. These new corner stones in Fintech are surely going to disrupt and therefore transform our ways of dealing with money in the very near term.

Simpl goes live with integrations on Meru and bigbasket