Exploring IIIT Hyderabad’s interesting model of AI being used to detect fake news which is a growing menace in today’s time. 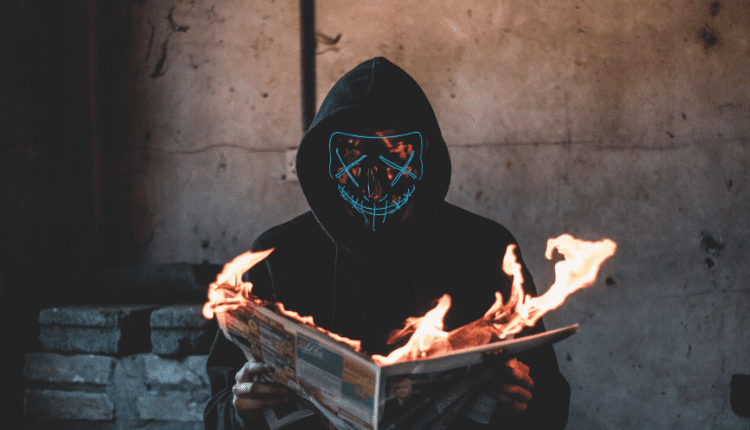 ‘It doesn’t matter if it’s real, it only matters if it is believable.’

Fake news spread by media has become a popular debate in institutions and households alike and for good reason. The year 2019 witnessed some of the worst debacles of fake news influencing citizens and it would be imperative to search for an immediate solution.  What if we could detect fake news with AI? Sure, AI is also responsible for deepfakes but what if it was put to some good use for its ability to detect?

International Institute of Information Technology, Hyderabad, an institute nestled in the quirky IT park of Hyderabad, has developed an AI tool called the ‘Fake O Metre’ which is expected to detect fake news after being fed huge data sets to learn from.

The professors of this institute addressed how ‘news’ has become personalized. While each one of use is able to choose what we read and are suggested ‘related articles’, it still does not take away the job of a news outlet to decide what’s important. That right will always remain with them. However, for persons with ulterior motives and the growing option of choosing your news, the production of fake news is amplified.

Who would spread fake news?

It can either be a person spreading it for malicious intent or propaganda purposes or a bot. The reasons for spreading fake news are many. Either the person is trying to defame an entity or bring unrequired attention to another entity. It can be done to create a distraction or lead people into agitation and so on. One thing is for sure, there is usually no fake news that is started ‘by mistake’. Once it is spread by people who are convinced, it can become very hard to contain.

Why do we get attracted to fake news?

The propagator of fake news manages to capture your attention by invoking emotions in you. A piece of news that speaks directly to your emotions such as anger, hatred or shock becomes believable. For example, a news piece claiming to have found someone wanting to assassinate a beloved authority or actor. Most times fake news is also ridicule or something bizarre that grabs your attention to the absurdity.

“Fake news is a bigger and deeper menace than what appears. It disturbs the fundamental values and manipulates the minds of people resulting in influencing the larger decisions of the society, like whom we elect and how we conduct ourselves as a society. In general, fake news negatively impacts politics, economics, and commerce.”- Vasudeva Varma, Professor at IIIT-H

In a conversation with Express Computer, Vasudeva Varma, Professor at IIIT-H said this- Fake news aided by technology can only be countered using technology. IIIT Hyderabad is developing Artificial Intelligence, Machine Learning and Natural Language Processing (NLP) based solutions that can immensely enhance the productivity of the human efforts in countering fake news. We have developed a set of solutions (under the name Fake-O-Meter) that exploits the characteristics of content, the way it spreads and the source/origin of the fake news”

To actually detect fake news, one will actually have to dig into huge amounts of articles and sources to realize its authenticity. While the internet explodes with content availability, it also becomes a boon. At times the headlines of fake news comes from old articles of different context. So, when we tackle fake news, we need to justify every ‘believable’ news as fake with facts.

Read: What Exactly Are Deepfakes And How Do They Work?

Just like a web engine, you can copy a headline of a news piece or a tweet onto it and check for fakeness. The responses come ‘colour-coded’ measuring the realness of the story in percentages. Green is displayed when the news is less likely to be fake and red for the opposite.

By assessing the language used in the text, tone, absurdity, hate and identifying clickbait, this AI tool can ascertain what’s fake and what is not.

What are the challenges AI and ‘Fake-O-Metre’ would have to face?

Copying news headlines and tweets is just one part of Fake news. With the advancement of technology and especially AI, the concept of ‘Deepfakes’ has taken form. Fake-O-Metre currently only works on text and may in the future advance into detecting fake videos as well.

Another challenge for them would be to catch the ones that aren’t using aggressive language yet spreading fake news. They are the toughest ones to catch. Nevertheless, the effort in the direction of detecting fake news with AI is commendable and the right resources would help this solution grow.

How e-governance projects are empowering citizens in Telangana

These companies have the happiest employees internationally!

Cloud Repatriation – A Realistic Future or Just a Passing Fad?