Home  »  News  »  Flying cars, Hyperloops and the other 2020 tech predictions that didn’t pan out

Flying cars, Hyperloops and the other 2020 tech predictions that didn’t pan out

As 2019 draws to a close and we approach a new decade, let’s take a look back at how some of the tech industry’s predictions for 2020 fared 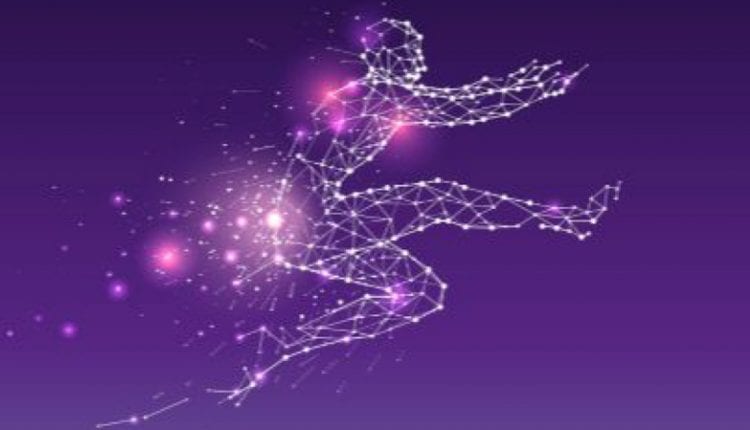 Predicting the future is hard, even for the people with the most power to influence it. In 2013, Jeff Bezos said he expected Amazon.com Inc. would be delivering packages by drone in four to five years. Here we are seven years later, the flying delivery robots Bezos envisioned are still at the testing stage and have just started to get regulatory approval in the U.S.

Corporate fortune telling is a common practice in the technology industry, and executives tend to choose round numbers as deadlines for their technological fantasies. So, as 2019 draws to a close and we approach a new decade, let’s take a look back at how some of the tech industry’s predictions for 2020 fared.

1. Computer chips will consume almost no energy
Gordon Moore was famous for his foresight about the development of cheaper and more advanced computers. Intel Corp., the company he co-founded, stayed in the prognostication game years after Moore retired, with mixed results. In 2012, Intel predicted a form of ubiquitous computing that would consume almost zero energy by 2020. The date is almost here, and phones still barely last a day before needing a recharge. The i9, Intel’s latest top-of-the-line computer chip, requires 165 watts of energy. That’s more than twice as much as a 65-inch television.

2. Nine out of 10 people over age 6 will own a mobile phone
In 2014, Ericsson Mobility estimated that 90 per cent of people on earth over 6 years old would own a mobile phone by 2020. This is a hard one to measure, but a visit to developing countries suggests we are nowhere close. Research firm Statista puts global penetration at 67 per cent. One milestone achieved this decade is the number of mobile subscriptions exceeded the world’s population for the first time, according to data compiled by the World Bank. The statistic is skewed by people who use multiple devices. Concern about the potential harmful effects of video game and social-media overuse by children may mean this never happens. There’s now a national movement in the U.S. encouraging parents to wait until kids are in the eighth grade (age 13) before letting them have a smartphone.

3. Jet.com will break even
Jet.com was an embodiment of the startup unicorn, before that was even a term. Marc Lore started the online retailer after selling his previous company to Amazon. Jet would challenge Lore’s former employer by offering cheaper prices on products with a subscription that substantially undercut Prime. To do that, Jet quickly started burning through the more than $700 million it had raised from venture capitalists, and critics said the startup had no path to profitability. In response, Lore said on Bloomberg TV in 2015 that Jet would break even by 2020. Walmart Inc. swooped in a year after that interview and bought Jet for $3.3 billion. According to news site Vox, Walmart is projecting a loss of more than $1 billion this year for its U.S. e-commerce division, now led by Lore.

4. The first 60-mile hyperloop ride will take place
In 2013, Elon Musk outlined his vision for a new “fifth mode of transportation” that would involve zipping people through tubes at speeds as fast as 800 miles per hour. Several tech entrepreneurs heeded Musk’s call and went to work on such systems inspired by the billionaire’s specifications. In 2015, one of the leading startups predicted a hyperloop spanning about 60 miles would be ready for human transport by 2020. Rob Lloyd, then the CEO of Hyperloop Technologies, told Popular Science: “I’m very confident that’s going to happen.” It hasn’t. His company, now called Virgin Hyperloop One, has a 1,600-foot test track in California and hopes to build a 22-mile track in Saudi Arabia someday. Musk has since experimented with hyperloops of his own, and even he has had to scale back his ambitions. Musk’s Boring Co. is building a so-called Loop system in Las Vegas, starting with a nearly mile-long track that consists of a narrow tunnel and Tesla cars moving at up to 155 miles per hour.

5. Google’s cloud business will eclipse advertising
Selling cloud services became a big business for Amazon, Alibaba Group Holding Ltd. and Microsoft Corp. over the last decade. Google executive Urs Hölzle saw the shift coming and in 2015 predicted Google’s cloud revenue would supersede advertising by 2020. Alphabet Inc.’s Google has inched closer to Amazon Web Services since then, but it’ll take a lot to outgrow Google’s cash cow. The cloud is expected to represent almost 15 per cent of revenue for Google this year, compared with 85 per cent for ads.

6. Huawei will make a ‘superphone’
Here’s what Huawei Technologies Co. said in 2015 predicting a “superphone” by 2020, according to ZDNet: “Inspired by the biological evolution, the mobile phone we currently know will come to life as the superphone,” said Shao Yang, a strategy marketing president of Huawei. “Through evolution and adaptation, the superphone will be more intelligent, enhancing and even transforming our perceptions, enabling humans to go further than ever before.” It’s not entirely clear what that means, but it probably hasn’t happened yet. In the interim, Huawei found itself in the middle of a trade war, and the Chinese company is focusing largely on mid-priced phones for its domestic market.

7. Toyota will make fully self-driving cars
Auto and tech companies alike became convinced this decade that computers would soon be able to drive cars more reliably than people. In 2015, Toyota Motor Corp. made a companywide bet that it would have autonomous highway-driving cars on the road by 2020. It didn’t take long for the hype cycle to veer off course. In 2018, a pedestrian died after colliding with an Uber self-driving car. In 2020, Toyota’s Lexus brand will introduce a car capable of driving autonomously on the highway, but executives acknowledged that auto companies “are revising their timeline for AI deployment significantly.”

8. A Bitcoin will be worth $1 million
John McAfee, the controversial computer antivirus mogul and an influential voice in the cryptocurrency community, predicted the price of Bitcoin would reach $1 million by the end of 2020. McAfee posted the estimate in November 2017, about three weeks before a crash would erase 83% of value over the next year. Bitcoin has recovered somewhat, but the current price of about $7,200 is far from McAfee’s magic number. Like other Bitcoin bulls, McAfee is standing by his unlikely prediction. If he’s wrong, McAfee said he’ll eat an intimate body part.

10. Uber will deploy flying cars
When Uber Technologies Inc. pledged to deliver on a promise of the Jetsons, it gave itself just three years to do so. The company still intends to hold flight demonstrations in 2020, but it’s safe to say you will not be able to hail a flying Uber in the next year. The company continues to explore the concept with regulators. This year, Uber added a form of flying vehicle that’s not particularly cutting edge: It’s booking helicopter rides in New York City. Last Friday, Uber said it was working with a startup, Joby Aviation, to develop “aerial ride-sharing” and set a deadline of 2023. Uber Chief Executive Officer Dara Khosrowshahi tweeted: “Getting closer …”

Cybercrime: Online payment systems to be prime targets in 2020