Home  »  features  »  From a Start-up: WiFi on the move, with an app to find the network and log in by itself

From a Start-up: WiFi on the move, with an app to find the network and log in by itself 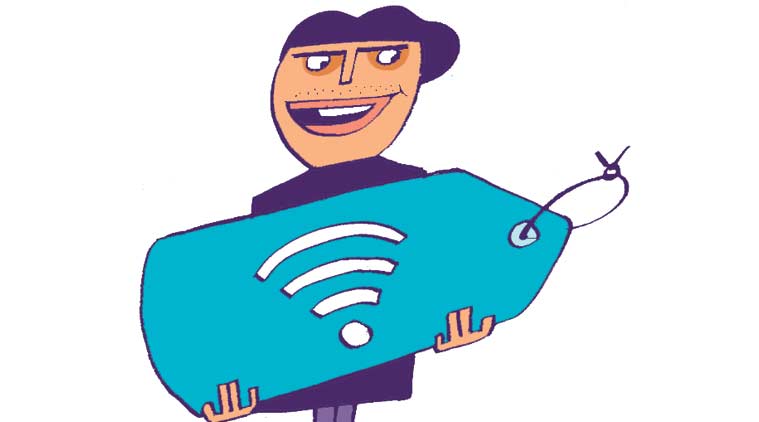 In tech-savvy cities around the world, people are often heard asking for the availability of free WiFi in public places such as restaurants, hotels, hospitals trains, buses, even taxis. In the modern connected world, finding free WiFi is like getting a drink of water. With growing smart-phone usage and a constantly increasing demand for data on the go, there is a constant quest for free WiFi. Tech-savvy cities in India such as Bengaluru are no exception.

“WiFire makes it possible to stay seamlessly connected to WiFi networks wherever you go. No need to type in passwords or fumble around trying to find a good network. It pops up helpful notifications whenever it can connect you to a free WiFi hotspot. It even logs you in by filling out cumbersome web forms and plugging in one-time passwords automatically,” says Madimsetty, chief technology officer of Mobile Motion Technologies.

The free public WiFi hotspots for Bengaluru in the WiFire database have been crowd-sourced and verified by a community of users of the app. “This means our database is extensive, reliable and constantly growing,” says Madimsetty. “We built WiFire because we recognised it is difficult to find strong and reliable wireless connections when you are on the go. The app helps users find and access free public WiFi hotspots in our database but is not intended to unlock private networks.”

The WiFire app, which is currently available on Google Play, can connect to over 200 free WiFi networks across Bengaluru at places such as Kempegowda International Airport, Tata Docomo and Ozone WiFi hotspots and restaurants and cafes such as KFC, McDonalds and Starbucks.

As part of their efforts to extend the app’s coverage of free WiFi zones, Mobile Motion Technologies is encouraging users to add information regarding new free WiFi zones that they come across by offering points that can be accumulated for rewards. According to Madimsetty, the app when available around the country will enable people to connect seamlessly to free WiFi in airports at all major cities, and at bars, lounges, restaurants, while saving on 3G data costs.

Madimsetty is a computer science and engineering post graduate from Washington University, Potharaju a masters degree holder in technology management and entrepreneurship from Duke University. Through their start-up Mobstac, they have also created a mobile publishing platform and a platform “for businesses to engage customers in a personalised, context-aware way” called Beaconstac.

To improve use of allocations, BMC goes for timelines, app