How Artificial Intelligence is moving ahead from science fiction to reality 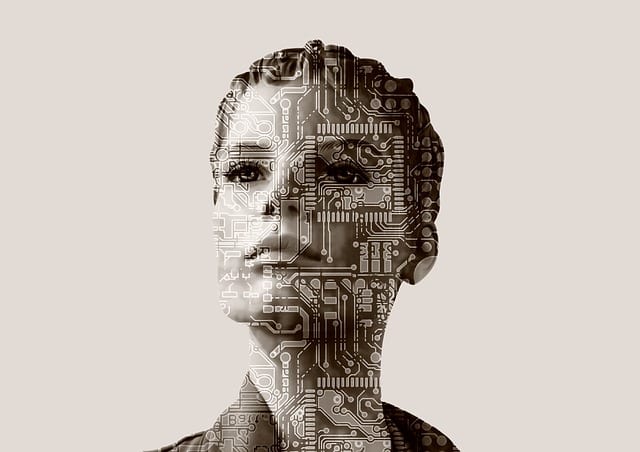 Artificial Intelligence (AI) is advancing and penetrating swiftly into many areas, from smart personal assistants to self-driving cars. Though traditionally AI is portrayed as robots with human-like attributes, it can basically incorporate anything from autonomous weapons to Google’s search algorithms to IBM’s Watson. AI is primarily achieved by examining the human brain in terms of thinking, and determining how humans decide, learn, and work, while trying to accomplish a specific task. The results of this examination then form the basis to creating intelligent software and systems.

With the rapid advancements in the technology landscape, businesses are leveraging analytics, social, mobile, and cloud applications in their marketing activities. This is expected to help convert the business into a digital enterprise, in turn helping them target a larger base of consumers. Such expansion of the technology application base is likely to boost the demand for AI in the coming years, along with the growth of Internet of Things, which is expected to create credible opportunities for the key vendors in the near future.

The applications of AI are emerging in various fields, mainly:

These applications are part of the current form of AI, commonly known as narrow AI, which is designed to carry out a limited range of tasks such as internet searches, facial recognition, driving a car, etc. However, the long-term goal of numerous businesses/researchers is to develop general AI (AGI). While narrow AI can outdo humans at whatever its explicit job is, like solving equations or playing chess, AGI would be able to outpace humans at almost every cognitive task.

AI is the key to unlock potential of Big Data

IDC has predicted that by 2020, 44 zettabytes of data will be generated globally. Such increase in the volume of data surpasses the growth in number of data analysts required to pull relevant insights out of this data. This is where AI can be used to unlock the benefits from this big data. AI adds a layer of intelligence to perform complicated analytical jobs much faster than humans, which will eventually more than offset the shortage of resources required to perform such tasks.

Businesses are also increasingly focusing on incorporating data modelling solutions to determine consumer thoughts and factors that drive positive responses. This is driving the businesses to focus on AI that helps in effectively tracking consumer sentiment and distinctly extracting specific, relevant information from big data. AI has the ability to rapidly scan large amounts of data and subsequently convey the required specific insights contextually, to help develop accurate reports.

Impact of AI on businesses

According to data from the Beacon Center for the Study of Evolution in Action, the top industry to be transformed by AI is healthcare. Around $400 mn has been invested by healthcare companies in this technology as of 2015 and this figure is expected to grow to more than $3 bn by 2020. The retail industry is at the second place, with $100 mn spent as of 2015, which is projected to reach $1.9 bn by 2020. Other industries that are closely following in terms of investment are manufacturing, financial services, and government.

The impact of AI on businesses is delivered in three main areas:

Process: AI can certainly transform processes within businesses, such as offering a superior customer experience at lower costs. While there has been an increasing focus on the potential of this technology to reduce tasks, AI is actually good at taking on the monotonous, routine jobs – leaving human workers with the time to execute the job that technology is a long way from performing – such as listening to and building rapport with customers.

Product: The technology ecosystem is witnessing entirely new kinds of products, the development of which is being enabled by AI. Though the development of cognitive machines is generally one of the key areas of AI (AGI) that is under serious research, currently narrow AI, which is the science of building machines that can perform narrow tasks, is becoming much more applicable.

Analysis: Machine Learning, a key aspect of AI, has the ability to see patterns in data that are not clearly recognized by humans. Typical scenarios include exploring the banking data to forecast the next purchase, or facilitating frauds identification. For many years, around half of all equities traded in the US are being executed by AI algorithms that recognize the right time to buy or sell. This type of AI can enable companies to categorize customers and understand which products could be the right fit.

Impact of AI on jobs

Advancements in technology have always eliminated some jobs and created others, enabling social change – in the form of superseded legacy workers. Computing systems are already taking over certain jobs that typically only humans could perform. Economist Brian Arthur has coined this term as “second economy” that describes the transactions taking place between two computers, with no input from a human.

Arthur estimates that this trend will continue for many more years with the second economy expected to be as large as the first by 2025 – doing away with the need for as many as 100 million jobs.
In addition, analyst firm Forrester has estimated that automation will result in a net loss of 9.1 million US jobs by 2025. The firm foresees a partnership, rather than an adversarial relationship, stating that advances in automation technologies will mean that humans will increasingly work side by side with robots, software agents and other machines.

Currently, the issue of technology-related job loss is concentrated at the lower end of the income scale. However, any impact to jobs triggered by the competences that AI is producing, should be balanced against the benefits to society and the creation of new products and services.

Lack of Upfront Investments
The global AI market is currently facing challenges such as upfront investment that is becoming difficult to obtain. Thus, collecting the funds for initial research and development activities is projected to create headwinds in the short term, but will only have a trivial impact on the market in the long run.

Shortage of Technical Expertise
Though learning about customers in order to serve them better is certainly one of the notable capabilities of AI systems, it actually works best when supplemented with a human worker. However, the market is currently facing the challenge of shortage of skilled technical professionals who can work with the AI systems and ensure its safe and efficient performance. This is expected to hinder market growth in the near future.

Adverse Implications of AI and the Need for Regulations
The growth of technology levels in the current scenario already poses alarming ethical predicaments, such as the need to develop automatic drones or other robotic systems for military purposes that can use lethal power against targets, without human involvement. Currently, automated machines can react with better accuracy and speed than a human worker, but are still prone to gross error without human intuition and biases to drive decision making.

These challenges will be deepened if AI is incorporated into such systems, adding autonomous motives that may be entirely impulsive or in direct contradiction with human intentions. For instance, in a recent occurrence, the driver of a Tesla Model S electric sedan was killed in an accident when the car was in self-driving mode.

This necessitates the need to bring in rigorous safety standards and development of safety certification processes. A rising number of industry experts, entrepreneurs, and scientists have expressed apprehensions regarding the growing role that autonomous systems are playing in the society, with some proposing that strict regulations from the government may be required to cut down the public risks that AI will pose.

However, the establishment of any such framework will require inputs from AI experts, considering the complexity of the technology and the typical lack of understanding outside the AI R&D community. Hence, it is important to create advisory committees involving such experts that can guide legislatures and governments onto the right safe path. This is necessary to create an ongoing balancing act between acknowledging the potential massive benefits of AI, and creating, enforcing, and updating the standards and processes that can augment public safety and welfare without suppressing innovation or generating needless compliance burden.

AI has constantly proved to be more challenging than anticipated. When the initial work on AI commenced in the 1950s, industry experts assertively projected that within as little as two decades, computing systems would be able to do most tasks that humans can do. However, through there have been many recent breakthroughs in AI research, it is still a long way from accomplishing some of the more significant advances.

With the constant improvement in AI systems, researchers, scientific societies and industry experts are building in tools, controls and constraints to ensure the efficient performance of these systems, even in unexpected circumstances. They are even continuously evaluating legal and ethical concerns, to make sure that the entire ecosystem of AI-driven technology gets better with its increasing importance as the technology gets incorporated into high-stake areas, such as medicines, cars, and defense.

AI is already being widely used in enterprises, primarily as a type of deep-learning algorithms running on powerful graphics processing chips. This will become increasingly data-driven in the future as algorithms become much more sophisticated and computing systems continue their historic performance, price, and availability trends.

Though the outlook is presently divided on the impact that widespread adoption of AI will have on the workplace culture and job market, it is certain that AI will continue to grow rapidly and the likely social and economic impact is required to figure on the agenda of all businesses and governments.