How German engineering major Siemens is falling prey to technology 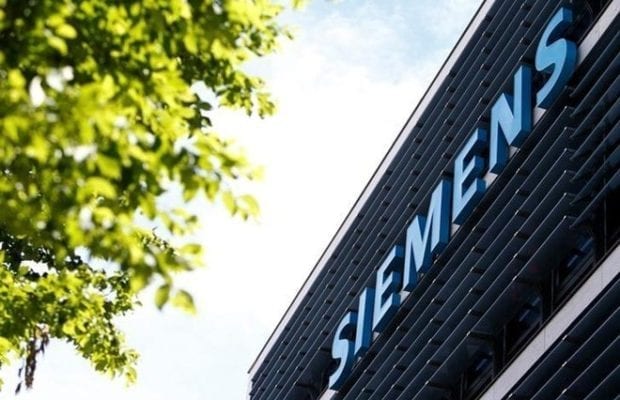 As chief executive officer of Siemens AG, Joe Kaeser serves as the unofficial captain of Germany Inc., the kind of job few would leave voluntarily. Yet when Kaeser was invited to extend his tenure last year, he hesitated. With Siemens’ stock at an all-time high and profits soaring, Kaeser thought he might be able to exit at the top. “Friends said ‘Look Joe, if it goes wrong, people will say you were just lucky,’” he recalls. “‘Do you really want to risk that?’ And I thought they had a point.”

Kaeser fretted that while he’d steadied Siemens after a debilitating bribery scandal, the company wasn’t quite ready to tackle the disruption posed by digital technologies and the eroding value of Siemens’s traditional mastery of the physical world. He wavered right up to the morning of a board meeting last August before agreeing to extend his contract until 2021.

“We could see different parts of the company moving at different speeds. That’s very dangerous,” Kaeser says, jacket off, leaning back in his wood-paneled meeting room. “I knew I didn’t want to leave it to either a beginner in my own company, or to somebody who doesn’t care about the company coming in from outside.”

The risks of innovations such as artificial intelligence and 3-D printing wielded by nimble competitors from Silicon Valley or China are shaking up Germany’s engineering-led economy. Traditional corporate icons are tearing apart sprawling century-old structures. Daimler AG—with its three-pointed Mercedes-Benz star designed to represent bygone ambitions in land, sea and air—is considering a separation of its car and truck operations. Thyssenkrupp AG is under pressure from investors to further carve up units after bungling a deal to combine its steel business with India’s Tata Steel Ltd. And auto supplier Continental AG is splitting off its divisions that make components for combustion engines.

Globally, conglomerates like Siemens are a dying breed as the pace of business picks up and capital markets punish the unfocused. General Electric Co. is exiting oil and health care, and Philips in 2016 split into lighting company Signify NV and health-care specialist Philips NV.

At Siemens, Kaeser has led the way with a slew of deals that will shrink the company from 18 divisions when he took charge in 2013 to just five by next January. Kaeser has raised more than 9 billion euros merging, selling, or spinning off businesses, and Siemens today employs 376,000 employees, down from 410,000 the year before Kaeser took over. Under his tenure, the company’s shares have climbed 38 percent.

That’s a big shift from most of Siemens’ 170-year history, when its typical answer to strategic challenges was to get bigger. The maker of telegraph equipment founded by Werner von Siemens in 1847 quickly mushroomed into a vast conglomerate that touched lives and homes across the globe with everything from trains and televisions to appliances and auto parts. From titanic (industrial gas turbines) to tiny (semiconductors), Siemens made it all under one corporate roof.

Around the millennium, Siemens started falling behind in key industries and reconsidered its sprawling structure. Semiconductors were the first to go, followed by telecom equipment, computers, and light bulbs.

Kaeser’s job has been to unwind what’s left of that empire, selling off wireless networks, appliances, hearing aids, and what was left of the lighting business—a disquieting task for a 38-year Siemens veteran who exudes the folkloristic vibe of a rank-and-file employee. While Kaeser has eased into the lifestyle of the CEO—security detail, monogrammed shirts, private jet—he still lives in a small town in deepest Bavaria, burnishing his man-of-the-people credentials as a member of the local volunteer fire brigade and raising funds for the village theater group. At a meeting with U.S. President Donald Trump in Davos in January, he demurely referred to himself as an employee of Siemens rather than its boss.

Dismantling the old Siemens “isn’t very easy,” Kaeser says. “There is this emotional hold on history and reputation and responsibility.”

Kaeser in 2014 laid out his strategy in a program he dubbed Vision 2020, with a renewed focus on equipment for energy suppliers, manufacturing automation technologies, and newer digital initiatives such as software that can simulate the workflow in factories. In reality, it has meant cutting loose companies that don’t quite fit and rejigging other bits and pieces to be leaner—creating what Kaeser calls “a fleet of ships” rather than a lumbering aircraft carrier.

“I was a bit skeptical of this ‘fleet’ strategy, but this is just the beginning,” says James Stettler, an analyst at Barclays in London. “You create the fleet, and then over time sell down as it becomes able to stand on its own.”

The new approach worries many in Germany, where the company has grown into a vital part of the corporate organism, providing stable middle-class employment for hundreds of thousands. Berlin is home to the so-called Siemensstadt (Siemens Town) a city-within-a-city dominated by massive red-brick production halls and Bauhaus-inspired social housing. Across the country, more than a dozen schools are named after Werner von Siemens. In Duisburg, a Ruhr valley manufacturing city of 500,000, Siemens is the biggest employer, with 2,400 workers at a factory producing equipment for the oil industry.

In November, the company announced plans to cut 6,900 jobs, half of them in Germany—which the IG Metall union says is evidence of a shift away from the social compact that has long been a hallmark of Siemens’s management. Even as profits have soared, the company has continued with layoffs, says Klaus Abel, IG Metall’s leader in Berlin.

“We don’t understand that,” Abel says. “Siemens used to be a family. There was a certain sense of solidarity, and that’s disappearing.”

Kaeser’s approach is best exemplified by two deals: the 2017 merger of wind-power assets with Spanish rival Gamesa in 2017 and the listing in March of the medical equipment unit with the cringeworthy name Siemens Healthineers—Germany’s fifth-biggest initial public offering ever, which has seen its shares jump 18 percent since going public.

The new company got off to a rocky start as it announced plans to shed a quarter of its staff after profit dropped, but the deal was perceived as a strategic success for Siemens and served as a template for shoring up its train business. Facing aggressive competition from Asia, the rail unit will be merged with operations from France’s Alstom SA, with Siemens taking a controlling stake. That deal is expected to close in early 2019, pending antitrust approval.

For Kaeser and his eventual successor, the challenge will be deciding whether to hold onto those ventures or to sell them and use the cash elsewhere. A looming question is what to do with the division that makes giant turbines. The unit is the core of the old Siemens, but faces an uncertain future in an era of renewable power.

Kaeser is due to lay out his next steps in August, when he presents a plan called Vision 2020+. The company is said to be reviewing options such as a sale of the turbine business and a division that produces gears and motors for pipelines. One thing is clear: Siemens will be smaller, and its CEO may need to relinquish the title of Germany Inc. captain.

“We don’t believe conglomerates of old structures—big is beautiful—will be the future,” Kaeser says. “I have a responsibility to get this company ready for the future, for the next generation.”