Home  »  IoT  »  Intel, Qualcomm and others compete for ‘Internet of Things’ standard

Intel, Qualcomm and others compete for ‘Internet of Things’ standard 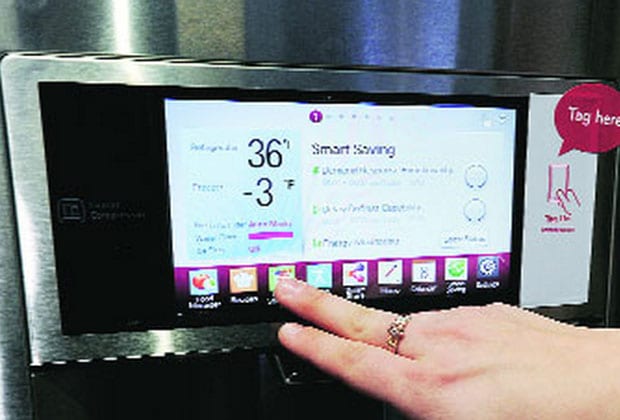 If the stakes are big enough, companies will compete even for something that is supposed to be free to all comers.

And over the next few years, very little stands to be bigger than the Internet of Things, or IoT. A group of technology companies led by Intel announced the formation of the Open Interconnect Consortium. The group, which also includes Atmel, Broadcom, Dell, Samsung and Wind River, will focus on creating an open-source standard for wirelessly connecting devices to one another and to the Internet.

Like other open-source projects, the member companies pledge to donate intellectual property, or IP, that all members and others can work on and use.

“We’d like to quickly get the key industry players to structure the standards properly” for devices to interoperate, said Imad N. Sousou, general manager of Intel’s open-source technology center. Products using the Open Interconnect standard will most likely come out in 2015, he said.

It follows the creation last December of another open-source IoT group, called the AllSeen Alliance, which is led by Qualcomm and has over 50 companies, including Microsoft and Cisco. It appears that both Google and Apple, and other companies, are out to create their own standards for the IoT as well.

The reason for all this activity is sheer numbers, and potentially a lot of market power. The IoT is expected to touch some 200 billion cars, appliances and devices globally, handling things like remote operation, monitoring and interaction among Internet-connected products.

So far, such connections are at best uneven, but workable uniform standards could help that get better. It’s likely that the communications standards governing these things will also affect the means for collecting data about the behaviour of both devices and the people that use them. That makes it a very important future subset of the Internet, since data like that will inform things like future product development and what ads individual consumers are shown.

Why didn’t the Interconnect group just go with AllSeen, which started earlier and is signing up product companies — even if the project was initiated by the Intel rival Qualcomm? “Intel and its partners evaluated all of the existing work,” Sousou said.

According to people in the consortium, who asked not to be named in order to sustain relations with AllSeen members, many of the other chip companies did not trust Qualcomm to fully part with its intellectual property. A Qualcomm subsidiary, called Qualcomm Connected Experiences, is the actual member of AllSeen, and a few months back donated to the group what will be the likely basis of its standard, a software kit for connecting devices called AllJoyn.

Nonsense, said Rob Chandhok, senior vice president of Qualcomm, and one of the three creators of AllJoyn.

Intel and others may be wary of Qualcomm, even if its technology is fully open-sourced. Simply being involved in the creation of the main part of an open-source project can lead to technical insights that are beneficial down the road. Google, after all, does not directly make money from its Android operating system, but does control much of what can go into it.

There are no guarantees, however. Both Nest and Dropcam, among the most popular connected consumer devices, have been purchased by Google. Neither runs on Android. Moreover, both companies run in conjunction with the cloud computing of Amazon Web Services, and not Google’s cloud. It may not just be an Internet of Things. It may also still have lots of different parts.

Teleperformance to buy Aegis’operations in US, Philippines and Costa Rica

Now, book an auto through smartphone