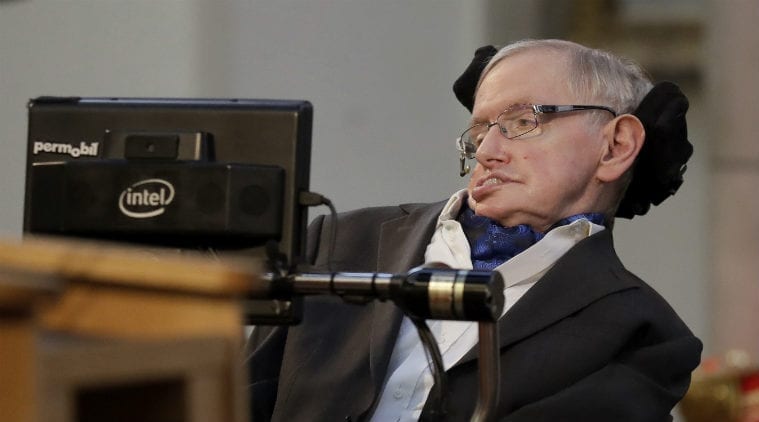 An Intel veteran that helped late physicist Stephen Hawking to speak is now working with Peter Scott-Morgan, a British roboticist who has undergone several operations to head off the incapacity that comes from amyotrophic lateral sclerosis (ALS), also known as motor neurone disease (MND), the same affliction as Hawking suffered.

Nachman’s team works on context-aware computing and human artificial intelligence (AI) collaboration technologies that can help elderly in their homes, students who might not thrive in standard classrooms and technicians in manufacturing facilities.

“I’ve always felt that technology can empower people who are most marginalized. It can level the playing field and bring more equity into society, and that is most obvious for people with disabilities,” Nachman said in an Intel blog post.

In 2017, Scott-Morgan received a diagnosis of MND or ALS that attacks one’s brain and nerves and eventually paralyses all muscles, even those that enable breathing and swallowing.

Doctors told the 62-year-old scientist he’d probably die by the end of 2019 but Scott-Morgan had other plans.

He wants to replace all his organs with machinery to become the “world’s first full cyborg”.

Scott-Morgan began his transformation late last year when he underwent a series of operations to extend his life using technology.

He now relies on synthetic speech and has developed a lifelike avatar of his face for more effective communication with others.

For almost eight years, Nachman helped Hawking communicate his almost mythical intellectual achievements through an open-source platform she and her team helped develop, called the ACAT.

For Hawking, it was a tiny muscle in his cheek that he twitched to trigger a sensor on his glasses that would interface with his computer to type sentences.

For Scott-Morgan, Nachman’s team added gaze tracking, which allows him to stare at letters on his computer screen to form sentences, as well as word prediction capabilities.

“I’ve always had this interest in figuring out the latest and greatest technologies and playing with them and breaking them and fixing them,” Nachman said.

While Hawking wanted more control over his conversations, Nachman said that Scott-Morgan is “open to greater experimentation and the idea of he and the machine learning together”.

“As a result, we have been researching how to build a response-generation capability that can listen to the conversation and suggest answers that he can quickly choose from or nudge in a different direction.”

Nachman said that Scott-Morgan is willing to forego control in exchange for intuitive collaboration with his AI-powered communication interface because of the speed it affords him.

Nachman said some of her team’s research focuses on people who cannot move any part of their body, not even a twitch of their cheeks or eyes.

For them, brain-computer interfaces (BCIs) include skullcaps equipped with electrodes that monitor brainwaves, like an electroencephalogram test.