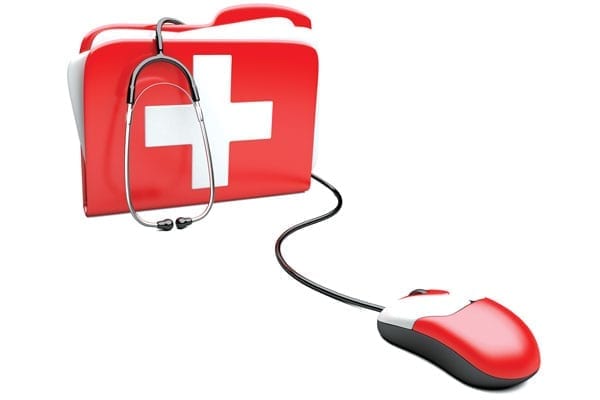 From treating patients with home remedies to performing various kinds of superstitions, India has quickly moved to advance medical treatments. Continuous improvement in medical sciences and availability of low cost medical services is perhaps one of the reasons why a lot more patients are now turning towards modern healthcare facilities to get themselves cured.

But the sad part of the story is that even with the availability of world class medical facilities a lot of people are not able to avail it at the right time. According to the data from the Medical Council of India, the ratio of doctor-population within the nation stands at 1:1681 which again is based on the assumption that 80 percent of these doctors are available on any given day. This excludes non-allopathy doctors.

With an aim to bridge this gap of excess of demand for healthcare and limited supply or availability of medical services, Dhruv Suyamprakasam and Dr. Madhan in 2012 started iCliniq – online doctor consultation platform. The idea was born out of a personal requirement that Dhruv, the Founder & CEO of iCliniq.com, experienced after struggling to find a doctor due to geographical constraints.

The real eureka moment to get into into tele-health happened later when Dr Madhan, an angel investor and now the Co-Founder of iCliniq.com, lamented about the geographic limitations of a doctor and a doctor’s skills not being transferable or used to treat a patient in a different area. Dhruv realised the existing untapped potential of bridging doctors and patients together by removing geographical barriers and thus founded iCliniq alongside Dr Madhan to fill this gap in the market.

iCliniq currently offers consultation over chat/message, voice call and video call with an user base comprising 1,500 doctors for over 80+ specialties and 1,45,000 patients spanning 160 countries and solved 2,00,000 lakh queries. iCliniq has stepped up its efforts to expand to international market especially, UK, US and Singapore. “While 60 per cent of its revenues coming from global markets, iCliniq with its server in the US is looking to strengthen its services apart from foraying into rural India where mobile usage is increasing. It has initiated health kiosk in West Bengal as a pilot project,” informs Dhruv.

The healthcare startup company has enhanced its platform by having bot on messenger app. They are also the only healthcare company in India to have a bot on Telegram, an instant messenger app. “With the help of the iCliniq bot, users can send their health issues with pictures and medical reports to doctors, any time. iCliniq is also available on Slack, a team messaging platform for working professionals. More than 10 percent of their business is coming from bots and they are expecting it to grow in folds in the near future’” shares Dhruve.

iCliniq is also planning to launch their bot on Facebook messenger and it claims to be the world’s first healthcare company to have a bot on Telegram and Slack. The company has partnered with Ambra Health – New York headquartered formerly Dicom Grid, a healthcare SaaS company, which will enable patients to upload radiology reports seamlessly within few minutes, accessible to everyone, from anywhere in the world. The tie-up will enable iCliniq’s patients to upload radiology reports within a few minutes, which would otherwise take much longer. The doctors can also download the reports within minutes. The reports get aligned in the right sequence while uploading or downloading the images. The images can then be viewed like a video, making it easier to study.

For high quality online consultation, the quality assurance team at iCliniq ensures correct diagnosis happens and doctors are intervened at the right time for better health outcomes. iCliniq has also come up with an aim to do CSR activity by introducing franchise model where the company provides people, operating public utility services like ticket booking etc, with computers and train them in operation of their platform, so that they can connect users with doctors on iCliniq platform.

Talking about the funding Dhruv asserts that the company is planning to raise US$ 5 million over 18 months to fund its technology development helping it to reach out to maximum users in the country and abroad.

iCliniq.com is looking at setting up an office in US to expand its offering in the second opinion space in the country. The primary source of revenue for iCliniq is in the US market, as they understand the second opinion space really well there. iCliniq is set to get 1,500 medicos more on its platform over 8-10 months. They are also looking to acquire a company in a slightly different vertical to enhance business.