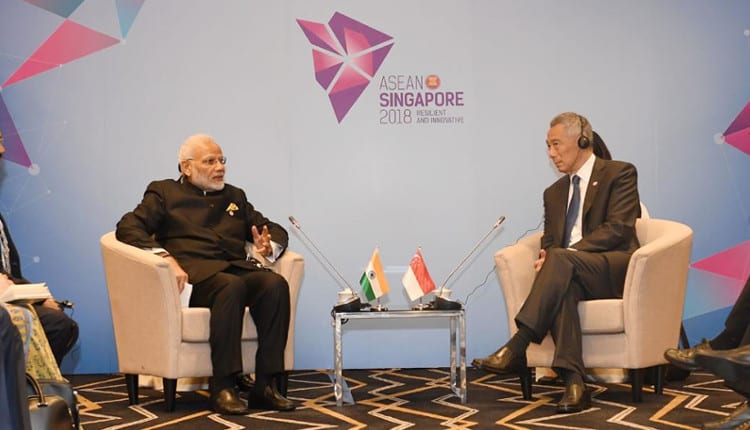 Prime Minister Narendra Modi has said that financial inclusion has become a reality for 1.3 billion Indians as he pitched India as a favourite destination for investment at the Fintech Festival in Singapore. Modi became the first world leader to address the festival which was launched in 2016 and is in its third edition.

“Financial inclusion has become reality for 1.3 billion Indians. We have generated more than 1.2 billion biometric identities- Aadhaar or foundation- in just a few years,” Modi said at the event.

“Across the world, from the Indo-Pacific to Africa to Latin America, we see inspiring stories of extraordinary innovation changing ordinary lives. But, there is much to be done,” he said.

The Singapore Fintech Festival (SFF) is already the world’s largest event on financial technology ? or fintech. In 2017, the event drew as many as 30,000 participants from over 100 countries

The SFF involves a three-day conference, and exhibition of FinTech firms and capabilities, a global competition of FinTech solutions and a platform for matching entrepreneurs and investment capital

“We are in an age of a historic transition brought about by technology. From desktop to cloud, from Internet to social media, from IT Services to Internet of Things, we have come a long way in short time,” he said.