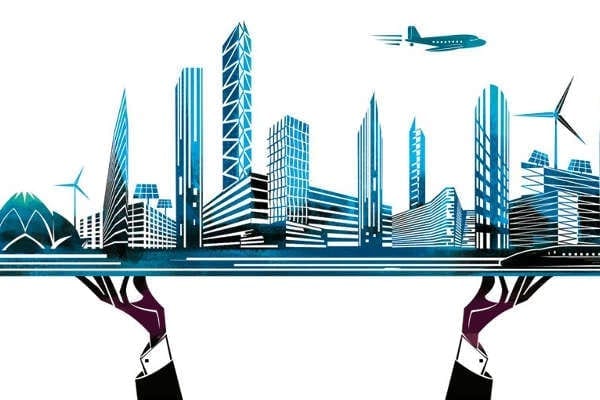 Under the Smart Cities Mission, 82 special purpose vehicles (SPVs) have been formed so far – a step in the direction of achieving the government’s vision to improve ease of living. New benchmarks being set up in terms of project implementation, said Hardeep S Puri, Minister of State (independent charge) for Housing and Urban Affairs. “Smart Cities Mission is a step in the direction of achieving our vision to improve the ease of living particularly for the poor, women, elderly and differently abled people. All Indians should be able to enjoy a clean and sustainable environment. As a major player in digital revolution and a technology superpower, India must also leverage cutting edge technology to power its infrastructure, offices and homes,” said Puri at the recent Smart Cities Summit organized by the Federation of Indian Chambers of Commerce & Industry (FICCI).

Puri informed that the Smart Cities Mission is progressing at a brisk pace – 90 cities have been selected so far. The selection of 10 more cities will be announced shortly. There are about 3,000 projects worth INR 140,000 crore at various stages of implementation. Tenders for projects worth INR 16,000 crore have been called, and more than 1 lakh crore worth of projects are being readied for issuance of tenders. This remains one of the fastest ever project implementations at this scale and geographic spread in urban sector. This will have a ‘Lighthouse’ effect. Other cities and regions around them will soon start undergoing transformation towards becoming centres of urban excellence.

Addressing the participants at the summit, the minister said that there is a new benchmark in terms of project implementation. In a short duration of 2.5 years (first round of 20 cities were selected in January 2016, and last 30 cities were selected as recently as June 2017) which is a small period in terms of urban development life cycle where transitions take place over decades. He further informed, “Smart City Mission has a strong focus on innovative digital technologies and dovetails with Digital India vision areas – digital empowerment of citizens, making government services available digitally, and creating digital infrastructure as utility to every citizen – very closely. Digital technology solutions, such as surveillance systems lead to greatly reduced crime and improved safety of residents particularly women. City-wide Wi-Fi networks have improved communication among citizens as well that with various service providers. E-governance and citizen feedback management has led to improved social cohesion by increase in opportunities for citizen engagement, reduction in social inequities, and reduction in response time for services for business. Integrated traffic management will increase the traffic speeds and reduce traffic congestions and hence cleaner air for people to breathe.”

Deliberating on the approach followed by Smart Cities, Puri informed that cities have co-created a vision and smart city proposal through an extensive citizen engagement. The quality of some of the smart city plans can be ascertained by the fact that Bhubaneswar smart city plan was adjudged as the best city plan by American Planners Association. This is also the first time that cities have created an institutional mechanism (SPVs) at the city level. Till now 82 SPVs have been formed and considering the capacity gaps existing at cities, this is not a small achievement by any standards. For the first-time cities are also thinking in terms of converging the objectives, resources and processes of different projects taken up by various agencies towards realization of a common vision.

Today every project taken up at the cities are appraised by smart city SPVs in terms of public value it creates. This has led to an improved co-ordination and efficiency in delivery of services at cities. For the first time in the urban scenario in India there has been an emphasis to leverage the grant fund given by government through innovative financing mechanisms. The 90 smart cities have proposed to leverage the fund by 2.5 times through internal revenue mobilization, value capture financing, municipal bond issue etc. Cities need to work as start-up and leverage their financial resources. Smart City mission has been heralding this transformation.