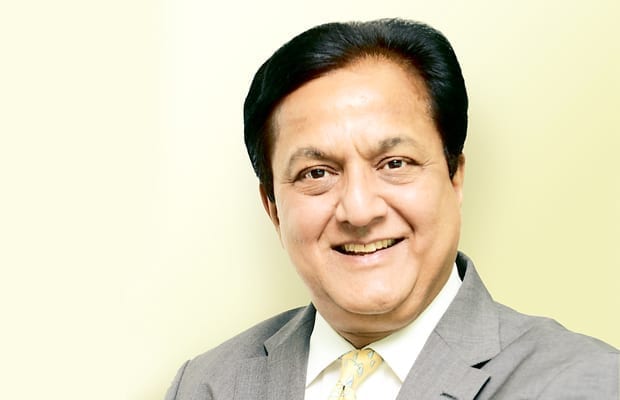 International institutions, governments, incubators and accelerators, as well as private companies and non-profits, are discovering how the technology can bring about positive social impact in multiple ways


In a recent report, the World Economic Forum defined blockchain as a ‘mega trend’ that will shape society and the economy in the next decade. Grand View Research, a market research company, estimates the total global market size for the blockchain technology at $7.74 billion in 2024. According to the Swiss financial institution UBS, the blockchain technology will add as much as $300 billion to $400 billion of annual economic value globally by 2027.

Global investments in blockchain are on the rise as the successful implementation of use cases demonstrates the disruptive potential of the technology across industries. In parallel, international institutions, governments, incubators and accelerators, as well as private companies and non-profits, are discovering how the technology can bring about positive social impact in multiple ways.

First, by creating trusted permanent records. Consider identity management. According to the World Bank, over a billion people are not officially recognised by any government today. This means that they cannot enjoy the protection and services afforded to the citizens of a state. Microsoft and Accenture are addressing this issue under the framework of Identity 2020, a PPP promoted by the United Nations. These two companies have created a tool that processes biometric data and creates a permanent and universal identity by registering it on blockchain. In other applications, trusted permanent records can positively impact sectors such as land regulation. In India, governments of Telangana and Andhra Pradesh have launched pilots to record land ownership in blockchain, with the aim of resolving issues related to the acknowledgement of land rights and land property disputes.

Second, by transforming the way international aid is distributed. When a government is unable to provide essential services to its population due to a natural disaster or a civil war, the international community catalyses funds to bring relief to the affected communities. Despite this noble aim, foreign aid is often subject to scrutiny by civil society due to numerous cases of financial leakages, high cost of operations and the lack of transparency about how funds are spent. The blockchain technology provides much-needed transparency and ease of operations. In a refugee camp in Jordan, a start-up graduated from the World Food Programme accelerator is applying the blockchain technology to distribute food rations to Syrian refugees. In real time, the technology tracks the cost of the aid programme, informs donors on how their money is spent, and guarantees that rations are distributed to the right beneficiaries. The same solution is being deployed in another camp in Pakistan and aims to scale up to 100,000 recipients by the end of the year. The blockchain technology improves the efficiency of the programme and enhances the reputation of international aid agencies, thanks to the transparency offered to its donors.

Third, by making financial inclusion truly universal. Micro-finance has proved to be a fantastic tool to bring large sections of unbanked population into the realm of financial services. However, high rates of interest and operation costs associated with the disbursement and repayment of loans, along with cumbersome procedures to assess identity and credit risk, have still left more than 2 billion people unbanked, according to the World Bank figures. The blockchain technology can support financial inclusion by using verified individual data to assess identity and creditworthiness, hence making opening and operating a bank account fast, easy and cost-effective. Additionally, blockchain can unleash new business models based on micro-payments due to low transaction costs and reduced settlement time, thus facilitating the creation of new products and services in segments such as insurance, loans, savings and investments.

In India, blockchain is attracting the interest of both the government and the private sector. In the public sector, the NITI Aayog has announced that it is building IndiaChain, a blockchain network infrastructure that would complement IndiaStack and could even use Aadhaar. The announcement is extremely welcome as it puts the country on a similar path as that of the most advanced nations. Estonia, for example, has built its competitive advantage on its blockchain infrastructure and the public services offered through it.
In the private sector, Indian and global banks have come together under the BankChain consortium to explore, build and implement blockchain-based solutions. The consortium is focusing on developing use cases for KYC identification, contract management, loan syndication and peer-to-peer payments, among others.

The Indian market presents unique opportunities to identify globally scalable solutions, such as in the remittances sector. India is the largest recipient of personal remittances in the world, and at YES Bank we are looking at the blockchain technology to make international transfers fast, secure and affordable for all. To achieve this goal, we are partnering with Ripple, a US-based company, to realise the enhanced efficiencies of blockchain for real-time cross-border payments.

Blockchain will bring about a massive transformation in traditional business models and generate new opportunities to create social impact. Through initiatives such as IndiaChain and the ethos of DICE (Design, Innovation and Creativity-led Entrepreneurship), India has the opportunity to leverage its unique characteristics as a large, fast-growing, emerging economy, its immense IT talent, and the potential of the blockchain technology to achieve a more inclusive and sustainable economic growth for the coming decade.