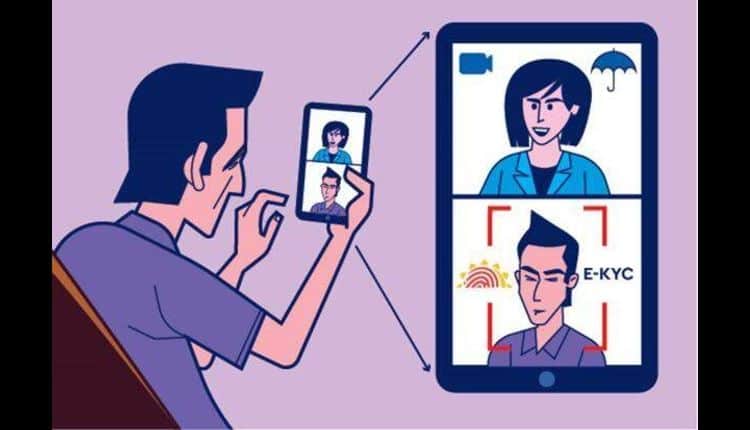 The last few years has seen a rapid transformation in the life insurance space led by a fervent digitisation of traditional processes. This has made the buying process quick, transparent & hassle-free, empowering both distributors and consumers alike. This digitisation journey has got a huge fillip through the implementation of video KYC or technically speaking, Video Based Identification Process (VBIP). Life insurers are betting big on VBIP further simplifying the customer onboarding and verification processes which were conventionally cumbersome, paper driven processes till recently. Let’s take a closer look at the salient features of this new digital process and check whether VBIP is really the game-changer that Life insurers are touting it to be.

In simple terms, VBIP is a digital technology driven process for conducting a face-to-face verification of the customer via a video. Further information is obtained about his/her identification through one of any Officially Valid Documents (OVDs) like Aadhaar card by means of offline verification. A Digitally signed OVD as issued by DigiLocker or a scanned copy of an OVD is verified via the eSign mechanism.

How does the VBIP mechanism work?
Once the insurer has a technology application in place that enables live face-to-face and in-person customer verification, it integrates with the UIDAI server for Aadhaar authentication subject to voluntary submission by the customer. Subsequently, the entire KYC process is digitally enabled and fast tracking the onboarding process for new customers. Generally, the proportion of insurance policies requiring full medical examination is low and thus most insurance applications are processed based on information disclosed by the potential customer. This is done on the proposal form, duly supported by valid KYC documents. In certain high risk/ high premium / sum assured cases, there is an additional requirement of valid income proofs for further processing. Proposals that fall in the ‘non-medical’ category can therefore be underwritten and processed much faster through implementation of VBIP as compared to the traditional process being employed currently. Insurers will need to integrate the VBIP application with the login process for new customer proposals to maximise the reduction in turnaround time that it promises. Furthermore, digital logins coupled with VBIP and embedded digital payment interfaces like UPI or BHIM will provide both Insurance intermediaries and customers with a delightful experience.

What about the traditional risks and how does VBIP mitigate them?
With the increasing pace of digitisation, it is pertinent that an improved turnaround time does not come at the expense of compromised risk controls. In that light, it’s reassuring that the VBIP process helps in mitigating many inherent risks in the traditional onboarding mechanism.

Fraud Risk
Since VBIP requires a video-based customer verification backed by a robust KYC authentication process, it inherently secures the underwriter against risk of fraud in comparison to the conventional process where malpractices have been observed. For example attempts to insure dead or terminally ill persons. Additionally, the implicit video verification process gives the underwriter an accurate image of the customer’s physical age or health condition compared to the traditional process of verifying a passport photograph, which could be dated, and thus as an additional control for fraud mitigation.

Mis-selling Risk
Insurers should consider integrating the pre-issuance verification call (PIVC) process with the VBIP process to ensure that the potential customer is aware of the terms and conditions of the insurance product being purchased. This integration of PIVC with the VBIP process will act as a strong mechanism to reduce anti-selection and moral hazard risk thereby eliminating any chance of misinterpretation or the scope of unfair practices being employed by Insurance intermediaries. In addition, all customer interactions can be stored for future reference by the insurer  and a copy of the same along with the electronic policy document can be shared with the customer; which undoubtedly will serve as a good customer centric practice

Additional capabilities
Additional capabilities that can and should be built into the VBIP by insurers will help serve to strengthen and build in a greater degree of fraud control. For example liveliness check of the photograph, face matching technology, optical character recognition of KYC documents to auto-populate information, seamless integration with regulatory sites to authenticate the OVD validity, geo-tagging videos to store its GPS coordinates to validate with the prospect’s location as per the proposal form. More importantly, all these features will enhance operational efficiencies, improve customer experience and help drive down overall transaction costs.

Insurers play the most important role
While the entire VBIP process is aimed at simplifying the KYC identification and customer verification process, the sole responsibility of ensuring adequate process control rests with the insurer. Hence it should be carried out by authorized personnel only, who are intermediaries or employees of the insurer. The insurer must ensure that the technology platform employed complies with security guidelines as notified by the IRDAI, Aadhar Act, PMLA, IT Act, Cyber cell guidelines and other relevant authorities

To sum up, with the increasing adoption of digital tools in the insurance sales process, the implementation of VBIP is the logical step ahead. Life insurers must adopt it and other similar allied digital services in order to vastly improve upon the customer experience delivered to get an edge over the competition