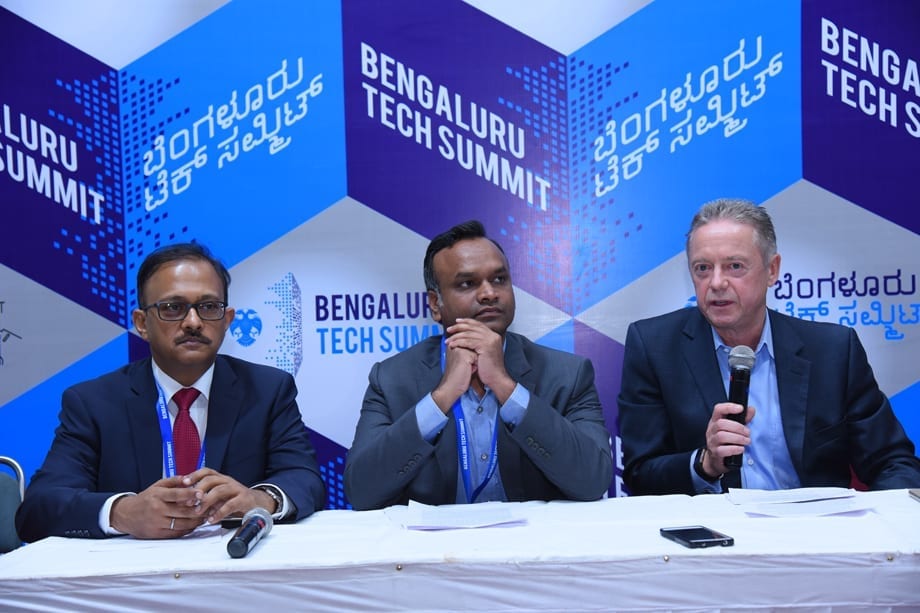 Envisioning a national hyperloop network that integrates seamlessly by linking nearly 75+ million people across the three metropolitan areas of the States of Karnataka, Maharashtra, and Andhra Pradesh to transform the transportation infrastructure in India

Virgin Hyperloop One announced its partnership with the Government of Karnataka to conduct its preliminary study to understand hyperloop’s feasibility and economic impact in the region. The US-based company signed a Memorandum of Understanding (MoU) with the Karnataka Urban Development Department (KUDD) aimed at identifying potential routes to improve mobility in the Benguluru metropolitan area and connect high growth cities such as Tumakuru, Hubli-Dharwad and Hosur within the state. This MoU sees promise in hyperloop following the recent announcements on the company’s partnership with the Government of Maharashtra, the Government of Andhra Pradesh, and further expansion to other regions that are planned in India.

Virgin Hyperloop One’s technology strongly aligns with India’s planned industrial and economic corridors and will show potential promise in terms of transit-oriented development to accelerate the country’s economic growth. The company will be working with partners in the region and KUDD will help navigate the regulatory requirements and support the report with data. The preliminary study is intended to analyse the applicability and benefits of hyperloop technology, identifying high priority routes within the State based on demand analysis and socio-economic benefits, and inform the Government of Karnataka in any future decision to progress to the full project stage.

“Bengaluru has been the IT hub of the country and all major giants have been functioning out of the region. The introduction of a technology like hyperloop will further add to the pace at which the state wants to grow,” said Honorable Minister Priyank Karghe, ITBT & Tourism, Government of Karnataka. “We are happy to partner with Virgin Hyperloop One for its preliminary study in our region and we hope to bring out some concrete solutions for the state swiftly.”

Since Virgin Hyperloop One built and successfully tested a full-scale hyperloop system at its test track in the Nevada desert this past summer, there has been a growing demand from governments and the private sectors around the world. In addition to India, Virgin Hyperloop One is working on projects in countries including the UAE, U.S., Canada, Finland and the Netherlands.

“We recognize the vital role of technology in larger initiatives like that of Digital India, and we strongly believe that Virgin Hyperloop One can be a strong addition to this initiative,” said Nick Earle, SVP Global Field Operations, Virgin Hyperloop One. “India is one of the most important geographies for developing hyperloop networks and reimagining the complete transportation system. With this preliminary study, we are excited to initiate the buildup of a strong foothold that we foresee in future throughout the state,” he added.

Embracing disruptive innovations like hyperloop will improve connectivity and accessibility to enable transportation within major cities in India in under two hours. This network could create the largest connected urban area in the world by linking nearly 75+ million people across the three metropolitan areas of the States of Karnataka, Maharashtra, and Andhra Pradesh to improve global competitiveness, reduce congestion and emissions, and provide citizens with better social and economic mobility. As Karnataka is India’s hub for technology and innovation, it is certain to embrace a hyperloop transportation solution to support its growing manufacturing, technology, and scientific research industries. Some of the avenues where hyperloop could contribute are:
Linking Bengaluru’s city center, IT hubs and industrial parks on the city’s periphery, by improving connections between fast-growing industrial hubs within the state such as Tumakuru, Hubli-Dharwad, Hosur, and Bengaluru Providing Bengaluru’s thriving tech and manufacturing employers with greater access to talent and enabling citizens to commute 10X farther in the same amount of time Improving air travel accessibility by connecting Bengaluru’s airport to the city center in minutes

“This preliminary study will help the Government of Karnataka explore how to provide its citizens with a cleaner, safer and faster mode of transportation,” said Harj Dhaliwal, Managing Director, Middle East & India, Virgin Hyperloop One. “Virgin Hyperloop One is the only company in the world that has successfully built and tested the first full scale hyperloop system. With this report, governments will be able to identify viable routes that link commercial and knowledge IT hubs dispersed throughout the region with greater mobility and unparalleled efficiency,” he added.