What Ola is doing to keep its competitors at bay 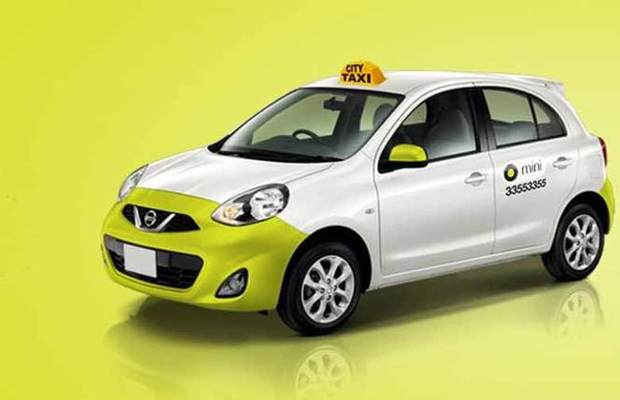 The list of those betting on the future of Ola, India’s largest taxi aggregator, keeps getting longer. After having mopped up close to $900 million from more than a dozen investors since 2011 when it was set up, Ola (formerly Ola Cabs) received $30 million from Didi Chuxing (formerly known as Didi Kuaidi), China’s largest taxi hailing service.

Chuxing is clearly positioning itself to take on Uber Technologies, its main rival in China, having recently inked a deal with Uber’s US rival Lyft.

Ola’s latest effort to raise funds—expected to fetch it at least $500 million and a valuation of above $5 billion—is also aimed at keeping Uber at bay. Some $225 million from Falcon Edge is already in the kitty and other existing investors like Tiger Global and Softbank are likely to chip in. News reports say the taxi aggegator is also in advanced talks with US hedge fund Meru Capital and Scottish investment firm Baille Gifford.

Going by its claim that it has an 80% market share of the $ 6 billion Indian cab services market, Ola seems on strong ground for now; Meru holds just 12%, followed by Uber and others at 4%. But clearly it would like to retain its hold on a market that’s growing at 25-30% year-on-year, according to industry estimates. Ola says it is adding 1,500 cabs every day to its current fleet—in the next one and a half years it is looking at one million taxis. And it expects to cross $1 billion in revenues in 2015-16, which would include revenues from TaxiForSure —a rival Ola bought in March for $200 million.
Ola’s rapid growth has come at a cost though, since it has had to offer huge discounts to drivers to win them over to its fold. A business magazine recently said the cab aggregator burns more than $15 million every month—a huge part of that outgo is on account of the high incentives it offers its drivers. While Ola claims 20% of the total fare per ride, the rack rates have dropped from R12 per kilometre in the pre-Ola days to Rs 7 per kilometre, with a starting base fare of R100, for a normal hatchback—Ola Mini. Drivers say they wouldn’t be able to offer that rate to customers if they were not incentivised. Uber offers the same rates to its UberGo passengers.

So, while it may have market share, Ola’s losses are growing (see graphic). The losses could rise this year say analysts. However, Ola and its investors expect the Bengaluru-based firm to become profit before tax (PBT) positive by 2017-18. Until then, Ola is creating a cash coffer for itself to grow the business.

According to a study done by The Information, a global research firm, Ola, an early entrant, has a penetration of 9.76% in the Indian taxi market while Uber has just a third of that. Also, Ola is present in more than 100 cities whereas Uber in only 18 cities. But 90% of Ola’s traffic comes from the top 7 cities and so it cannot afford to be complacent.

“Uber has been growing like Ola since the first quarter of this year when its business was disrupted over a rape involving a driver,” writes Amir Efrati, in a report for The Information. Ola has maintained over 40% month-on-month growth since its inception as a cab aggregator (as opposed to the ownership model prevalent at the time. Think Meru, TABcab, etc). Its proprietary technology for drivers across commercial transport vehicles helps them connect with customers. Using the Ola mobile app, users can book from over 2,50,000 cabs and another 65,000 vehicles across auto-rickshaws, kaali-peeli (black and yellow) taxis and yellow taxis (in Kolkata) —Ola added autos and black-and-yellow taxis to its fleet last year.

Uber claims that it is growing at the same pace as Ola, at 40% month-on-month in India, and will clock more than one million daily rides by March 31, 2016. It recently said it would invest $1 billion in India over the next six to nine months.

Anand Subramanian, senior director, marketing communications at Ola, says the firm can be profitable but has chosen to grow the market which is so underserved that it needs tremendous investment. “We are focused on growth. Customer acquisition has to be upped with growing number of cars on the platform.”

Ashvin Vellody, partner at KPMG, points out the cab business is all about scale and needs investment. “The market is yet to expand beyond the top cities,” he says. “It is all about the battle for marketshare—the higher the number of cars on the road, the greater the probability of winning over a customer. However, the growth in marketshare will also depend on who offers the lowest fare,” says Sanchit Vir Gogia of Greyhound Research, a technology research firm.

To get a higher market and mind share, Ola wants to control the network of cars as well. In September, it started buying cabs and lending them to new drivers. By December 2015, at least 10,000 cars are expected to be on-road under the leasing model.“The leasing company will be a wholly owned subsidiary of Ola —it will lease the car for three years, and after that the driver will own the vehicle,” says Subramanian.

Ola plans to facilitate another Rs 4,500 crore of investment for leasing from financial institutions. “We will have 100,000 leased cars on the platform,” says Subramanian.

Ola is betting on the exploding Internet and smartphone audience. By the end of this year, India is expected to surpass China in total internet traffic. And with the growing number of smartphones Subramanian expects more Ola app downloads and more business. Apart from fighting each other Uber and Ola also hope to finish off the neighbourhood taxi business, many of which have already hopped on to the taxi aggregators gravy train.