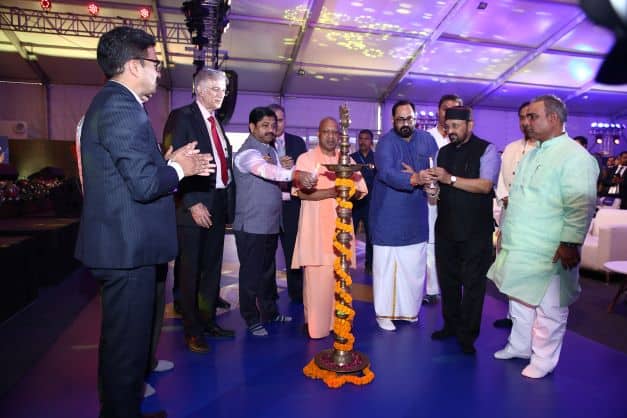 Already, Yotta has its live Data center in Navi Mumbai-Panvel DC Park. Furthermore, the company has planned to open Mumbai Powai DC park and Pune-Darumbare DC park in 2025. Following Greater Noida, Yotta has announced its plan to open DC in Kolkata, Gujarat and Chennai markets. Moreover, it will be opening its first Data center outside India in Bangladesh which is expected to go live by 2024.

Since the time, Indian government pushing IT companies to host its customers data locally, the Data Center market in India has opened opportunities to players like Yotta to start investing in the market. Still, over 85% of consumers data is residing outside India and Yotta is pinning hope with the upcoming Data center regulations and Data protection bill likely to give more impetus to the Indian players.

Yotta D1, a part of the Yotta Greater Noida Data Center Park, is strategically located near the key business hubs of India’s National Capital Region, thus providing an impetus to the region’s digital economy. The data center spans 3,00,000 sq. ft., across ground plus 7-floors and offers an IT load capacity of 28.8 MW. Yotta D1 can house 5000 racks across seven server floors and offers fail-safe, 48-hour power backup on full load.

Spread across 20 acres, the Yotta Greater Noida Data Center Park will offer a total capacity of 30,000 racks, 4 dedicated fiber paths and an IT power capacity of 160 MW. In addition, the foundation stone laying ceremony of the next two data center buildings – Yotta D2 & D3, was also performed during the launch ceremony.

The launch also saw Yotta entering into an MoU with the Government of Uttar Pradesh to invest Rs. 39,000 crores in a phased manner over 5 to 7 years. This investment will go towards constructing the data center campus, procuring IT equipment and other hardware by Yotta and its customers.

Speaking at the launch,Chief Minister of Uttar Pradesh, Yogi Adityanathji, said, “I am delighted that North India’s first hyperscale data center – YOTTA D1 – was launched in Uttar Pradesh, the country’s most populous state, which is also fast becoming a hub for data centers. I also congratulate YOTTA on the commitment to invest Rs. 39,000 crore with the U.P government. It is heartening to see an Indian company invest in the cutting-edge data center industry and further the Hon. Prime Minister’s Digital India vision. With YOTTA’s D1 launch, we are one step closer to bridging the gap in data consumption and data services in India, and I assure the YOTTA team that the U.P government will provide all possible support required in the building and operationalisation of the next two buildings – D2 and D3 – in the YOTTA Data Center park.”

Darshan Hiranandani, Co-founder & Chairman, Yotta Infrastructure, said, “India is poised to create up to $1 trillion of economic value from the digital economy by 2025, and North India is already a preferred destination for Fortune 500 companies. Recognising the region’s potential and underserved datacenter demand, Yotta has made continued investments in setting up the Greater Noida data center park, laying a robust foundation for the Digital India growth story.”

We see the potential for high-quality data centers in India’s infrastructure development, and we have doubled down on our pan-India investment plans to the tune of Rs. 30,000 crores. Yotta remains committed to playing its role in the Digital India mission by building world-class data centers and supporting Prime Minister Narendra Modi’s vision of making India a $1 trillion digital economy by 2025.”

The launch of Yotta D1 follows the roll-out of 5G, which is expected to stir a data-led disruption that will demand large data center capacities, a strong network and connectivity fabric and Edge data infrastructure. This is further complemented by the increasing maturity of AI/ML and IoT applications across domains such as Media & Entertainment, Manufacturing, BFSI, Connected Mobility, and Smart Cities, among others. With its highly scalable infrastructure and dense connectivity to domestic and global networks, Yotta D1 will effectively cater to the emerging needs of these sectors. Further, Yotta’s ongoing pan-India investments in hyperscale data center facilities and an extensive Edge data center network are aimed at transforming India’s digital landscape.