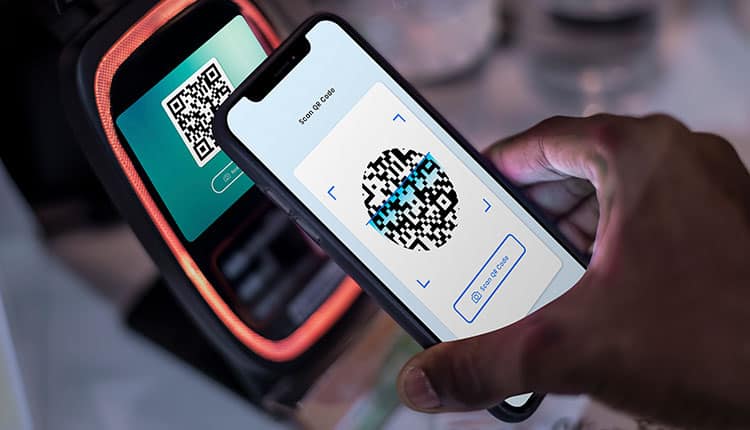 Worldline has released the ‘India Digital Payments Report’ Q1 2022 wherein they have analyzed the transactions available in public databases as well as transactions processed by them in the first quarter (January – March 2022) and derived some unique insights.

In Q1 2022, 9.36 billion transactions amounting to INR 10.25 trillion were processed through payment modes like Debit and Credit cards, Prepaid Payment Instruments like mobile wallets and prepaid cards, and UPI P2M (Person to Merchant). UPI P2M transactions emerged as the most preferred payment mode among consumers with a market share of 64% in volume and 50% in terms of value. This is not altogether surprising given the growth of UPI. However, 2 points of note. Credit cards accounted 7% of transactions but 26% of value indicating that customers still prefer to use their credit cards for high value transactions. Debit cards account for 10% of transactions but 18% in value – the volume and volume has shrunk from previous years and is likely because of the rise of UPI.

In Q1 2022, UPI clocked over 14.55 billion transactions in volume and INR 26.19 trillion in terms of value. Its transactions volume and value has almost doubled since last year recording about 99% increase in volume and over 90% increase in value compared to Q1 2021. In Q1 2022, the top remitter banks were State Bank of India, HDFC Bank, Bank of Baroda, Union Bank and Paytm Payments Bank while the top Beneficiary Banks were Paytm Payments Bank, State Bank of India, YES Bank, Axis Bank and ICICI Bank.

With merchant adoption for UPI growing swiftly, the ATS of UPI P2M is witnessing a steady upward growth while ATS for P2P transactions in inching down but that is an effect of the volume of transactions as well as a move to P2M transactions. P2M transactions recorded a 24% increase in Q1 2022 as compared to Q1 2021. In Q1 2022, out of total UPI volumes, 56% transactions were P2P while 44% were P2M; in terms of value, P2M transactions generally contributed to about 19% of UPI transactions.

As of March 2022, the total number of POS terminal deployed by merchant acquiring banks were 6.07 million with over half a million POS terminals deployed during Q1 2022. POS deployment witnessed over 28% growth in Q1 2022 compared to a year before.

Top POS deployers: HDFC Bank, Axis Bank, ICICI Bank, State Bank of India, RBL Bank, Paytm Payments Bank, IndusInd Bank, Union Bank of India are the top acquiring banks with significant market share in terms of POS deployment. In terms of POS market share, Axis Bank and ICICI Bank witnessed a growth of over 68% and 52% respectively in Q1 2022 when compared to Q1 2021. Paytm Payments Bank too registered a growth of 66% to be amongst the top banks deploying POS terminals.

In Q1 2022, frequently visited physical merchant categories like grocery stores, restaurants, clothing and apparel, pharmacy and medical, hotels, jewellery retail, specialty retail, household appliances and departmental stores together accounted for over 60% in terms of volume and about 58% in terms value. In the online space, e-commerce (shopping for goods and services), gaming, utility & financial services contributed to over 85% transaction in terms of volume and 47% in terms of value.

The total number of credit and debit cards in circulation by end of Q1 2022 was 991.28 million. While the number of outstanding credit cards increased by 19% from 62.04 million in March 2021 to 73.6 million in March 2022, outstanding debit cards increased by only 2% from 898.20 million to 917.66 million during the same period. In fact, during Q2 2022, about 23 million debit cards were withdrawn from circulation which could possibly be a correction in reported numbers by banks or the closure of inactive accounts.

In Q1 2022, debit card transactions volume and value stood at 942.7 million and INR 1.81 trillion, respectively. Out of the total debit card volume, transactions at POS were 585.11 million and ecommerce were 357.6 million. In terms of value, INR 1.15 trillion was processed at POS terminals while INR 667.23 billion was through e-commerce transactions.

The inference is that consumers are getting more comfortable to make online purchases via credit cards for big ticket size transactions while debit cards are more frequently used for small ticket size purchases at physical touchpoints. Value added services like EMI, BNPL are enabling customers to opt for high value products and services using their cards. Whitepaper titled ‘India taps into a Contactless future’ published by Visa and Worldline India highlights that during peak COVID-19 times, the number of domestic F2F transactions grew only by 6.25%, but contactless transactions in March 2021 grew by 28.5%, compared to March 2020. According to Worldline data, while 25% of all transactions at supermarkets were contactless in January 2020, these transactions rose to 31% by January 2022

Mobile and Internet Based Payments

As of January 2022, there were about 658 million internet users and about 1.2 billion mobile subscribers in India. In Q1 2022, consumers made 15.6 billion mobile based payments whereas Net Banking / Internet browser-based transactions were over 1 billion. In terms of value, INR 44.68 trillion was transacted through mobile while INR 163.53 trillion was transacted through the internet. It is to be noted that while internet browser-based payments comprised 6% in terms of volume, its share in value terms was 84% while mobile payments accounted for the rest. The takeaways are; mobile payments have become widespread and being used for small ticket transactions while internet browsers are the preferred mode for traditional shopping from e-commerce platforms.

In Q1 2022, NETC processed about 745 million transactions worth INR 113 billion. The transactions volume increased by 49% while value increased by 41% as compared to the Q1 2021. As of March 2022, total number of banks live with NETC FASTag were 36 while about 49.6 million NETC FASTags have been issued since the inception of the NETC program.

NETC FASTag continued to grow and facilitate electronic payments at parking plazas at malls, metro stations, hospitals, airports among others apart from acceptance across national and state highways.