Gurgaon based Artificial Intelligence startup, Staqu, is helping law enforcement agencies in three Indian states and the Dubai Police to bring down the crime rate. Atul Rai, Co-Founder & CEO, Staqu highlights how AI technology is being effectively used to solve hundreds of cases, including breaking terrorist modules in Punjab 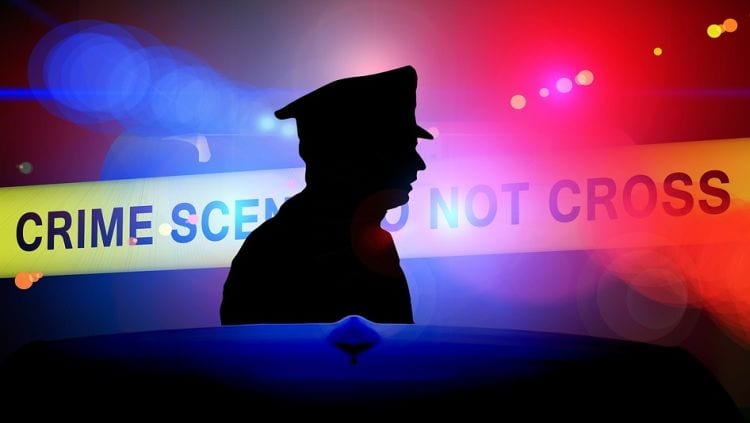 When Staqu was established in 2015, its founders, tech enthusiasts Atul Rai, Anurag Saini, Chetan Rexwal, Pankaj Sharma had the vision of plugging in AI and deep learning solutions into daily life. Based out of Gurgaon, Staqu began its journey through developing advanced neural networks and hybrid models to tackle persistent issues in the Homeland Security domain. The company is currently active with three products at the state-level, namely ABHED (Artificial Intelligence Based Human Efface Detection in Rajasthan), PAIS (Punjab Artificial Intelligence System in Punjab) and PAIS (Police Artificial Intelligence System in Uttarakhand). “Additionally, we have also integrated our AI software with smart glasses for the assistance of police forces. It helps in identifying a person in real-time with credentials. This is particularly useful in analysis of crowd and traffic,” says Atul Rai, Co-Founder & CEO, Staqu.

Explaining how the solutions have helped the police departments in the states of Punjab, Uttarakhand and Rajasthan, Rai states, “Our customised solutions converted the chunks of physical data available with the police and intelligence agencies into substantial information to power the decision-making through real-time metrics. We currently have over six lakhs criminal records in all forms – image, text and voice that has helped police forces to solve over 400 high risk and complicated cases.”

Highlighting the successful initiatives with the Punjab police, which brought a great sense of accomplishment to the company, Rai mentions, “The entire project was administered under the leadership of Mr Nilabh Kishore, IG/ IPS of the Organised Crime Control Unit in Punjab. Within the early days of deployment, we had helped the police department solve nearly 200 high-risk cases, breaking the terrorist modules.”

Rai and his team are now gearing up for a pan-India expansion, partnering with different police departments and ushering them in the era of real-time, tech-enabled assistance. “With the advent of Smart Cities in India, we would also be engaged in devising ways to make predictive policing a reality in India,” affirms Rai.

Staqu’s predictive policing solution has also effectively helped Dubai Police. Rai reveals that Dubai Police is aiming for a 25 per cent reduction in violent crimes by 2021. It is further intent on integrating artificial intelligence with its current programs and databases, to provide analytics and statistics that would support the decision-making process, hence enabling quicker response time in emergent situations. “We cannot tamper with the confidentiality status, but every region of the world has a vast difference in terms of societal issues and AI builds the common ground to address them. Staqu is amongst the four start-ups that were finally selected to work with Dubai Police on their varied set of challenges out of the 677 global applications,” he says, pointing out that on the technical front, the company’s successful pilots of heterogeneous model for crime detection and prevention in real-time with the domestic agencies, makes it stand apart, internationally.

The company is focused on research and innovation to bring cutting-edge solutions for police departments and reduce the crime rate. “We have been working on utilising AI and machine learning for deeper analysis,” mentions Rai, adding that for instance, they focus on “gait” analyses to recognise miscreants by the manner of their walking. They are also concentrating on speech biometrics and the innovative violence recognition and crowd analysis to provide next-level quick assistance to homeland security personnel.

With time and expertise, Staqu discovered the potential in the e-commerce and smartphone industry with products such as ‘VGREP’ and ‘Minus Infinity’ respectively. “With our one of its kind offering and capabilities in addressing the heterogeneous data, in terms of speech, text and image, Staqu could utilise its AI algorithms to elevate its credentials in the research domain. As of 2018, we have more than 25 published research papers in world renowned journals and conferences. Most recent was the increment in accuracy by 9 per cent (89.5 per cent on VoxCeleb data set) in the field of speaker identification,” says Rai.

Some of the major milestones for Staqu include accreditation and acknowledgement by IBM in its GEP Smart Camp for two consecutive years, a win at the ‘Tech Rocketship Awards’ conducted by the British High Commission, in the NASSCOM ‘League of 10’ and win as a ‘AI Game Changer’ in the year of 2018. The vision of Staqu’s leaders is to empower and enable the country to perceive the future with AI.