The power of intelligent mobile engagement 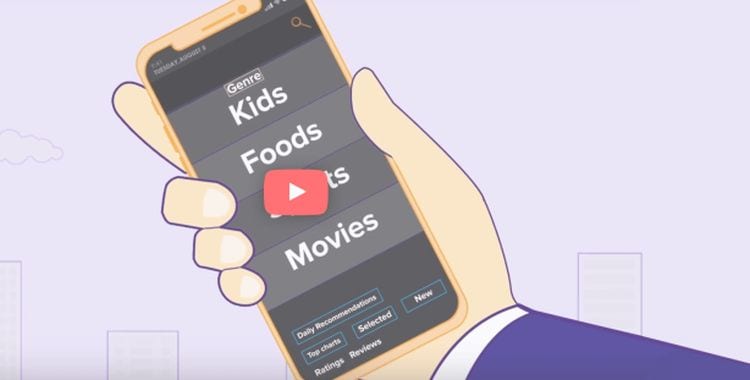 CleverTap helps organisations create effective engagement campaigns with their customers. The startup was built on the hypothesis that you cannot engage and retain your users effectively without first understanding their behaviour, intent and demography. “When we started CleverTap in 2013, smartphones and data connectivity were already a part of everyone’s daily lives. Both – companies and consumers – were exploring newer and better ways of getting connected to each other. This however, led to another set of issues – the one to many approach to communications,” says Anand Jain, Co-Founder, CleverTap. He reminds that consumers were overwhelmed with broadcast messages that weren’t always relevant for them, or they were sent at the wrong time. Eventually, consumers got conditioned to ignore all messages from brands – even the ones which were relevant.

For the first three years of its existence, CleverTap only focused on building the product. Jain believes his company was lucky to have signed up some believers early on in its journey. One of the first customers was BookMyShow. Since then, CleverTap has signed up 8000 brands which include the likes of Vodafone, Sony, Domino’s Pizza, Star, Go-Jek, etc., across 100 countries.

“We are singularly focused on building out the CleverTap platform,” informs Jain, adding that the platform helps enterprises with three critical aspects of their customer experience program – analysis, segmentation and engagement. According to him, this is significant from the perspective that while individual tools exist for each of these problem areas. CleverTap is the only platform which lets the marketer combine all three on one single platform, thereby giving the enterprise one complete picture of user behaviour, and help them tap into the user’s mobile moments – that short window of opportunity when the user is most likely to convert.

“We work with almost all verticals that have a consumer facing applications. Some of the key verticals we are focused on are media and entertainment (OTT), urban transportation, telecom operators, travel, and retail e-commerce,” adds Jain, reminding that by using CleverTap, enterprises in these verticals have seen increased customer retention (2-5x), higher re-installs (up to 25 per cent), higher click through rates (5-15 per cent), and better overall customer engagement (up to 5x).

Innovation is a critical component of everything they do at CleverTap – it is the cornerstone of each and every function in the company – from product development to data science and engineering to marketing. “To give some context, CleverTap is powered by a data-processing technology that today processes 3.8 billion events daily. We recently launched Intent based segments which leverages Coeus – our data science engine,” he said.

The next few years are exciting for CleverTap both in terms of product development and new markets. There is a real opportunity to transform marketing from being manual to goal based. “We see tremendous opportunities from emerging markets just because of the sheer size and scale,” affirms Anand.

India to create innovative AI models for the world in 2019, says IBM executive