Myths About Blockchain You Must Not Believe! 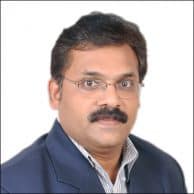 Blockchain technology was born in 2008, in the wake of a Wall Street crash. Transformational technology was the invention of the shadowy “Satoshi Nakamoto”. And now, in just over a decade, anyone you meet in banking, investments, cryptocurrency, and other areas, talks about blockchain. It’s also true that hidden in that discussion is a series of half-truths, mistaken notions, and outright myths.

The first implementation of blockchain technology was in the form of Bitcoin. Bitcoin became an instant hit and the run-up that culminated in December 2017 sent the price of Bitcoin to a peak of nearly $20,000. Then 2018 proved to be a year of reckoning. The price of Bitcoin and Ethereum fell back to Earth in a matter of months. Many projects went sideways or shuttered. Over the last few weeks also, we have seen a bear run on Bitcoin and it has experienced significant erosion in its value. With this, there is a question mark on Blockchain’s future as a technology and many people are predicting doomsday for it. We have also seen a substantial decrease in funding activities in this area from the venture capital funding perspective. So, the enterprises and technology ecosystem is in a dilemma of “to be or not to be”.

At this juncture, it is important to understand Blockchain and what relevance it has in the world of business? And hidden in the answer to those questions is the power to unravel the myths too.

Blockchain is nothing but a decentralized, distributed digital ledger. Blocks (digital information) stored on a public database (known as the chain) make up the blockchain. These blocks store relevant transactional information such as date, time, participants in the transaction, and what separates one block from another.

The technology foundation underlying blockchain has been around for just over a decade now and has remained relatively unchanged. The use cases are also arcane and extremely restricted. But change is coming. If the trade pundits are to be believed, then the blockchain market will expand by 70% CAGR to reach USD 57 billion very shortly. That growth is driven by expanding use cases in industrial applications. A European bank, Santander, has recently projected that using Blockchain could deliver savings of $20 billion a year. Along similar lines, Capgemini predicts that the banking industry can save up to $16 billion a year by leveraging Blockchain-based applications. As things stand, the government and public sector segments, along with finance, are the biggest consumers. That apart, the technology could be widely adopted by other industries also, like supply chain and logistics, import-export, contracting, healthcare, among others.

So, what could hold up the march of blockchain? Perhaps, it could be the myths around blockchain and its application. So, let’s look at those myths.

Beyond bitcoin
The first myth is that blockchain is all about Bitcoin. It is not. Blockchain is not even a digital coin. Yes, it enables the entire ecosystem. Blockchain, as mentioned earlier, is a distributed ledger. This is the commonly accepted platform on which all peer-to-peer transactions take place. So, it can be credited for giving rise to the Bitcoin cryptocurrency. Blockchain is the basis for the secure record that says that “x” Bitcoins have been transferred to the miner for spending the computational energies for a specific transaction. Such payments are done during peer-to-peer transactions and the coins are stored in a digital wallet. An algorithm determines the limitation on the number of coins that can be mined. A commonly prevalent myth is that blockchain and Bitcoin are synonymous. But, as we have seen, nothing could be farther from the truth. Bitcoin is just one aspect of the whole blockchain grand design.

The security story
The second myth is that blockchain is completely secure. Security has now become the primary value proposition for enterprise adoption. The underlying concept of security in the blockchain is that it is designed for immutability. To make changes to a particular block, one has to change all the other blocks or transactions before that. But this, too, is not a fool-proof plan. For instance, what if all the members decide to collude? Though agreements are binding the contributors, which disincentivize such activities, it’s not clear that these are inviolable in the face of sufficient motivation.

Secondly, blockchain security is ruled by prevailing authentication and encryption processes. Hence, it is inherently only as secure as any other system. The focus shifts to designing the underlying infrastructure and network to be tamper-proof to ensure security. And that’s a massive task in itself.

Further, blockchain technology exists as both public and private. Public blockchains are connected to the public Internet and anyone connected to it can join the party. On the other hand, private blockchains are leveraged specifically for enterprise-level applications. These blockchains are protected within the enterprise networks. In this case, only people with the necessary permission who can produce the requisite proof of stake can make the changes.

This shifts the security burden onto the network.  Thus, it’s only fair to say that blockchain technology is only as secure as anything else out there.

Fit (only) for finance
The other major myth is that the key applications and benefits are limited to the financial sector. Far from it! Today, other verticals such as real estate, healthcare, and even manufacturing have started exploring blockchain use cases. A major synergy that is set to create an explosion of use cases is the combination of AI and blockchain. AI can soup up the capability of blockchain-based solutions due to its immense data mining and processing capability. Retail, governance, and global verification systems can benefit from it. This could also help drive use cases in data storage, networking, and IoT spaces.

Blockchain has the potential to seriously impact the world of data storage due to its inherent advantages. For instance, innovative solutions such as distributed storage look set to emerge. Blockchain could also have an impact on the world of IoT to help handle the massive volumes of data and processing power needed to make these solutions work. IDC has reported that nearly 1 in 5 IoT implementations this year will leverage blockchain.

Healthcare has started exploring use cases like identity management of patients and securing transactions with healthcare providers. In the pharma and drug research space too, blockchain has been found to have major implications in managing trials, research, and discovery, and security. In a real-world example of the power of blockchain, China has turned to this technology in a big way to help businesses hit by the Coronavirus outbreak, a CNBC report has claimed.

Blockchain is playing a role in everything from tracking the spread of the epidemic, to managing insurance claims and optimizing the supply and distribution of relief and essential supplies.

The key blockchain fact is that the technology is now ready for the real world. Use cases abound. Success stories are emerging every day. And the technology is more than a niche or a novelty. Given the transparent nature of blockchains, their usage and applications are sure to become widespread in the future.

How Hyperautomation Can Transform Customer Onboarding?