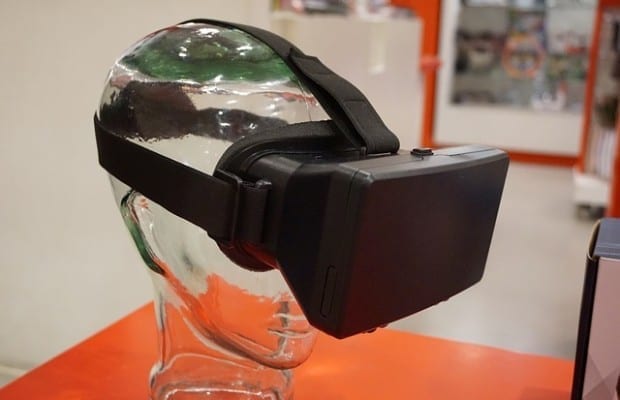 This is not an article on what VR and AR Experiences are….!! Instead I’m trying to demystify the road which may lead businesses towards the successful implementation of Extended Reality (XR) technologies such as VR & AR during their Industry 4.0; Digital-Transformation journeys. According to Digi-Capital, investors see AR/VR as the fourth wave of technology, after computers, the internet and then mobile. Going with this technological wave has definitive advantages with enormous benefits. I strongly believe, in-depth understanding of the facts and insights of the XR technologies for Top-Managements is really crucial to make Effective-Choices by tapping their full advantages.

It’s been 6 years now since the current XR evaluation triggered during 2013 by Oculus. “Wows…” and “OMGs…”admiring the Immersive-Teleportation should be over by now. We have already crossed the phase of Ornamental-Implementation of VR/AR technologies just for Show-Off purposes. To avoid Future-Regrets, Enterprises need to act now in designing XR-Strategies and laying the solid roadmap which can create new business models with Increased Productivity, Profitability and Safety.

Reports state that the Industry 4.0 is poised to touch $215 billion by 2025 and most of the major economies in the world are adopting it. According to an analysis by McKinsey – the most prestigious American worldwide management consulting firm, “If Indian companies adopt Industry 4.0 across functions such as manufacturing, supply chain, logistics and procurement, they can enhance their operating profits by 40% at less than 10% of the planned capital expenditure.” Also, a recent Gartner survey showed that out of the organizations that are currently using or piloting AR, 40% found the technology to exceed expectations.

The recent “Make in India” initiatives and schemes by the Indian Government is opening new opportunities for wider adoption of ‘Industry 4.0’. Companies like Boeing, Bosch & GE are already making huge investments for Industry 4.0 implementations in India. The concept of VR/AR in ‘Industry 4.0’ is soon going to change the way Indian Industries going to design, manufacture, market, service their customers & train their employees.

Gartner has predicted that by 2020, AR, VR, and Mixed-Reality based immersive solutions will constitute at least 20 percent of the digital transformation strategy of enterprises. Enterprises should start thinking today on what XR-Implementation really means to them in their context and what kind of Cultural changes going to happen during this adoption. XR being one among the 9 pillars of industry 4.0 Eco-system, while every other pillar is trying to make the “Machines Smarter”, VR/AR has the only objective of making “The Human Workforce-Smarter”.

I would like the share the Sad-truth here…”only 20% of employees have the Skills needed for both their current roles and future career, according to Gartner, 2018″. Conventional thinking on employee training such as class-room trainings, refresher courses, group discussions and mockups alone is never going to sustain businesses in the future. In the Industry 4.0 landscape, either today or tomorrow their traditional Industrial training facilities have to be Re-equipped with XR-Devices, Trackers and Sensors.Before it is too late, enterprises need to consider adopting the much robust & smarter training methods using the Immersive VR/AR technologies.

Through VR, the experiences of the senior employees could be shared to new recruits with a knowledge & skill transfer/retention rate of up to 75 to 90%; they can learn 7 times faster than their usual speed. These Empathetic XR experiences are not achieved through mere technology adoption alone but it has to be combined with other modalities such as Tactile, olfactory, aural which can leverage cognitive embodiment to reinforce maximum learning effectiveness. VR/AR systems can keep track on how users respond to various stimuliby tracking their reactions such as movements, positions and even their mind states. For the very first time, the true Key-Performance-Index (KPI) of the trainees can be measured through empirical analysis methodologies using XR technologies.

Enterprises need to develop a welcoming mindset for the Constructive-Disruptions in order to bring their organizations to the next level in the competitive market place. To avoid lagging behind, these reinventions have to be really in a deliberate speed.But, the road-block here with most companies are, they need to let-go their Legacy-Training Infrastructure. The considerable investments already made for them in the past and being traditionally used for decades.Lack of clarity, fail to engage the right technology-partner, fear of disruption and ROI uncertainties also the other factors for companies postponing the decision making.

Industries today are in a critical situation to make the strategic decision on moving towards these Disruptive- Landscape and related investments. Conventional thinking on tangible investments such as upgrading the Machineries alone is never going to sustain businesses in the future. Intangible assets creation such as Digital-Assets & IPs are equally important to increase operational efficiency.

The daring strategic decision making can only happen if the CXOs have the radical-thinking, long-term visions and end-to-end understanding of XR-Concepts. They should be capable of prioritizing the right use-cases with quantifiable profits and benefits. Industrial-XR is not mere technology adoption…but involves expertise to choose the correct Use-cases & lot of imagination to design the experience pragmatically which could make success a “Practical-Reality”.

First make your objectives clear and then look for your choice of XR-Technology which can best suit the need. The common mistake people commit is working in reverse which is designing products for technology. Whether VR, AR or MR has to be decided only on case to case basis.The biggest advantage of Immersive technologies implementation is, neither your Pilot-Trials nor Mainstream implementations will never affect/disturb the shop-floor production in anyway.

• Involve stack-holders of different departments under the leadership of I.T department to plan the most compelling XR-Strategy for next 3 to 5 years
• Don’t work as siloed teams. Identity and involve the right people with right skill-sets and attitude to form a cross-functional experts’team
• Associate with experienced VR/AR partners with industrial background and bring them inside the value system which is crucial for the success
• Everything in one go is not a good idea. Before going Mainstream, Start with Piloting and go by Milestone based step-by-step implementations
• Keep track of the Milestones and Quantifiable ROI benefits through periodic reviews
• Let trainees learn through the VR/AR-Pilot module Track the progress of their KPI and mark the effective reduction of the time to employee proficiency
• Summarize the benefits of XR-Pilot-Trials and compare with your Legacy-systems to demonstrate business values
• While the proven success spearheading the synergy, you can now secure more funding for larger rollout
• Keep updating on the technological changes happening in the market. If needed, take meaningful deviations from the original roadmap.

There is absolutely no doubt on the capacities of XR- technologies. It’s up to the businesses to take their choices to avoid future regrets. Stay tuned for more Immersive stories…!!

How Piramal Group is Leveraging Technology for Being Future Ready