Thomas Kurian, an Oracle Corp. veteran who took over Google Cloud in November, said he will hire more salespeople, train them to specialize on specific industries, and aggressively pursue larger, more traditional companies 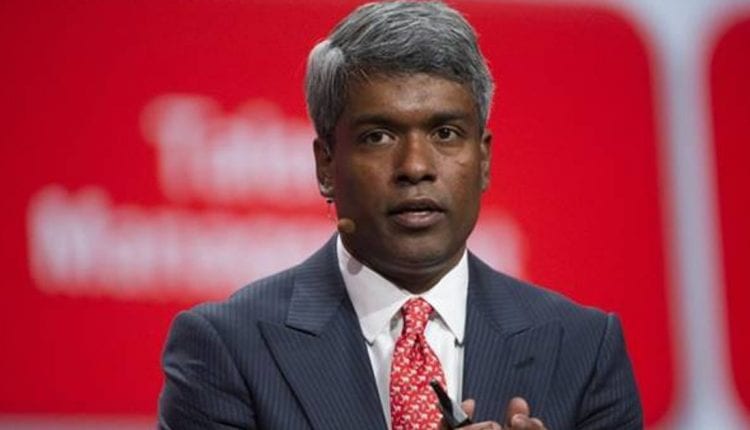 “A lot of Google’s historical focus was on digital natives,” Kurian said, referring to younger firms born on the internet that comfortably embrace cloud services. Kurian will take on the tougher task of persuading bigger, older telecom, retail, health-care, and financial-services companies to rent Google’s offerings over the internet.

“You’ll see us specializing a lot more in these verticals,” he added at a Goldman Sachs Group Inc. tech conference, in one of his first public comments since replacing Diane Greene.

Google’s cloud business, which offers computing power, data storage and productivity software like Docs, Sheets and Gmail, trails Microsoft Corp. and Amazon.com Inc. in the massive and growing market. The division is one of Google’s largest besides advertising. It’s a key part of the company’s effort to diversify from a business model that sucks up mountains of user data and is increasingly coming under fire from regulators and privacy advocates.

Alphabet Inc.’s Google has tried to sell cloud services to larger companies for years, and Greene was brought in because of her experience with these customers. In the past three years, Google’s cloud sales force has roughly quadrupled. There have been some big customer wins, but the internet giant still ranks third in the market.

Kurian’s strategy for improving this echoed some of Greene’s previous efforts, but his comments suggest Google will focus on a narrower set of industries and create more tailored offerings — with help from an even larger enterprise sales force. A telecom company will need help monitoring its network and making its call centers more efficient, while a finance firm wants different things, he said.

All those news salespeople won’t come cheap though. Headcount and new data centers for the cloud business have already pushed up Google’s costs, making investors nervous.

Kurian is also planning to use one of Google’s advantages over Amazon. The online search giant doesn’t compete directly with retailers and the new cloud CEO touted this neutrality as a key selling point. “Google is very clear that we’re here to enable partners,” he said. “We’re not here to compete with partners.”

Kurian said he chose to join Google after speaking with the company’s customers. “Uniformly, the feedback I got is it’s by far the best technology in the market,” he added.

Now he has to persuade big companies to actually use and pay for this technology. If they do, Kurian plans to have their executives speak at conferences and other events to encourage more firms to get on board, creating faster growth down the road.

Connect2india to use Blockchain combined with GPS, RFID and IoT to nab international trade fraud

Kaspersky reports a drop in the cyberthreat incidents in India, making the country…

The Second Renaissance – Seize the Moment