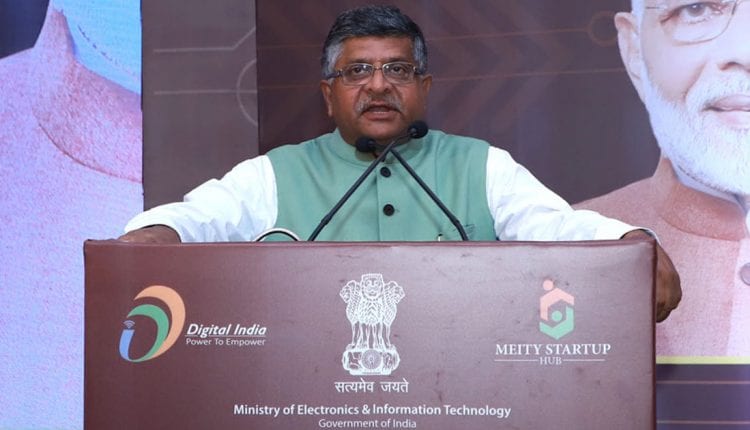 Digital India initiative should be leveraged to transform rural India and create avenues for those in smaller towns and cities, IT Minister Ravi Shankar Prasad said. The Minister said Digital India should become a beacon for inclusion, healthcare, education and entrepreneurship. He launched the next version of the government’s mobile payment app Bharat Interface for Money (BHIM) called BHIM 2.0 that is packed with new features and capabilities.

The minister also launched an Indian software products registry, which will act as a single window portal to collate Indian software product database. Speaking at the ‘Ministry of Electronics and IT (MeitY) StartUp Summit, Prasad said there is compelling case for social startups and that these should be encouraged so they unleash their power in India’s changing digital narrative.

“For Digital India to succeed, the government entities must also become competitive. I have told National Informatics Centre (NIC) that your people have to become competitive and innovative…they have changed. Software Technology Parks of India (STPI) also must change,” the Minister said.

Digital India program is finding global resonance, the Minister said adding that there is digital appetite across India which needs to be tapped.

He asked technology companies to come forward and support the government in the Digital Villages program. “I appeal to the tech giants…we are going to set up one lakh digital villages in coming few years. Should I expect some of you to patronise and mentor those digital villages in your own way. They should become centres of empowerment and entrepreneurship,” the Minister said.

The Minister also instructed senior officials in his Department to digitally map innovative products by small entrepreneurs and artisans in villages across India. The initiative on having such a digital catalogue of enterprises and entrepreneurs should be coordinated by CSC, and other entities, he said.

India should be a centre for deep technology, Prasad said. Highlighting the crucial role of startups in India, the Minister said there are 23,000 startups and 800 are technological startups. “21 are ‘unicorns’…But when I see global number of unicorns, that number is 400 plus and so there is a case for greater mentorship and encouragement,” he said.