With The Speed of Flash 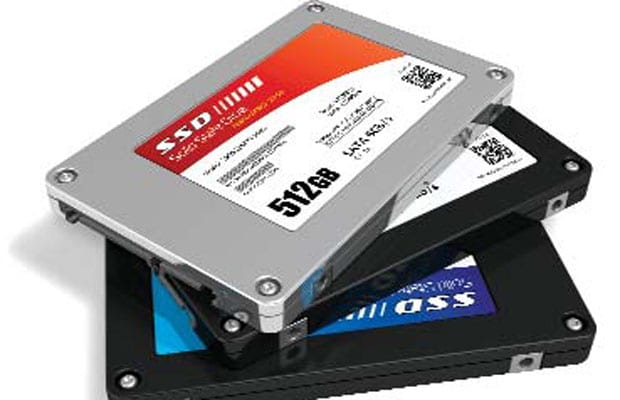 The winds of change have now started lashing against what has otherwise been the slowest moving component in the data center – Storage. Flash technology, which all this while was regarded as a technology for consumer segment, and commanded a price premium, has now fast forwarded into the enterprise sector. This in turn has led to a sea-change in the way enterprises buy storage.

According to the industry watchers, 2013 is the year that flash became standard equipment for mainstream storage arrays. In fact, the analysts believe, in recent years, few enterprise storage technologies have seen as rapid adoption as flash did in 2013.  According to IDC, by 2016 the market for all-flash storage arrays will jump to $1.6 billion, with a 59% compound annual growth rate between 2012 and 2016.

Santhosh D’ Souza, Director – Systems Engineering at NetApp, says, “Flash has stirred a storm of sorts over the last couple of years. It has led to lot of innovation in the storage space.”

Challenge of Data Explosion
The CIOs today are facing the challenge of data explosion. The problem isn’t simply the growth. If that’s all there was to it, then data center administrators would simply fix more spindles, install a tape library, and send secondary data to the cloud where it becomes the provider? problem. But the problem is also related to the speed at which applications operate. Processor and networking speeds have kept up with application velocity and growth, but production storage has not.

The other use cases are vertical specific, a sector like trading that demands greater ability to respond faster to the market, is a natural candidate for an all flash array deployment.

One fundamental reason for flash to succeed is speed. Flash is said to be over 400 times faster than the rotating disks. The other reasons that put flash in an advantageous spot are the new trends like virtualization and cloud computing in the enterprise IT domain. These technologies, combined together have begun challenging the capabilities of traditional storage products. The traditional storage boxes or the arrays are getting strained while delivering the input/output storage requirements in the present day IT environments.

Performance and endurance
Flash storage’s obvious claim to fame is speed, but IT managers know that speed alone cannot solve all of their storage problems, especially in a world of virtualization and cloud computing. The other factors like endurance and performance are equally critical for consideration while buying storage. Barun Lala, Director, Storage, HP India, observes that there has been a shift in the way flash was perceived till sometime back. ?hen flash SSDs came to the market there was a myth that they wear out easily,he says, ?o they were considered less reliable.”

However, many vendors have addressed these concerns with wear-leveling software. ut now the market has SSD drives that come with a 5 year warranty and earlier the capacity was much lower at 800 GB. In fact, HP? solution supports features that can boost the capacity of the SSD drive to 1.92 TB,Lala says.
He claims that the company has set new benchmarks in the industry with all-flash storage array space that lowers costs below $2 per usable gigabyte.
“The efficiency of a data center is measured by performance per rack, Lala explains. “Flash storage is much more energy efficient than hard disk drive (HDDs); some SSDs use 1/16th the energy of spinning disk systems.”
Ever since Flash was introduced as an enterprise-grade alternative to spinning disk technology, vendors have been striving to overcome three obstacles: price, endurance, and reliability. But the experts continue to be of the opinion that the enterprises need to take a cautious approach while deploying flash storage.

The OS and Architecture
There is still a large proportion of consumer-grade flash being used for enterprise applications. The industry veterans observe that though catastrophic flash failures are rare, the durability of low-grade flash in high stress environments could be questionable.

Dsouza of NetApp explains that in the conventional storage system, the OS was built for block hard disk drives. In such a traditional system when flash is introduced, it will have to do some extra work.
If flash is introduced in an existing system, care needs to be taken about the OS compatibility of the two; else they will not be able to exchange workloads, Lala reasons.

On the contrary, Akhil Kamat, Brand Leader of IBM Storage, India/South Asia, thinks Flash can easily be used to complement existing systems. ?he beauty is that you do not need to rip and replace to deploy flash, reason being that almost all vendors are gradually moving to Openstack to deal with the OS perspective,he says.

Also, some of the new generation applications need full throttle performance for which the ground up design of storage is required, says  Abhijit Potnis, Director of Technology Solutions- India and Saarc, EMC

Best of both worlds
Flash, undoubtedly is growing, particularly as primary storage, or what is called Tier 1 storage; however, the so-called all-flash data centers are yet to become a reality. Traditionally, flash has been known for performance and HDD for the sake of capacity. Thus, to have the best of both the worlds, the CIOs are relying on a mixed storage environment.
“The storage market is still overwhelmingly hybrid due to the data access patterns in the enterprises, says D’ Souza. “Only 20% of data is needed most of the times and rest 80% is needed only sometime. As long as the OS has the capability to identify the hot data, most of the transactional environments can benefit from small flash investments.”

Vinod Ganesan, Director Platform, Solutions & Services, Hitachi Data Systems, India, agrees. He says that SSD as a media was never designed to deal with the housekeeping functions. The issue was whether we can compromise performance for reliability or not. “The concept of tiering plays a vital role, in a hybrid storage environment,” he opines.

Kamat stresses that investments in flash make sense only if the deployment justifies it. While using a mix of HDD and flash, the customer must understand how to consolidate his environment to get the right RoI and where to make flash the top layer. The CIOs should be able to identify if their VDI or SAP environment is large enough for flash deployment.
He gives the example of one of his customers who cut their reporting time to half  by using flash. He says, one of IBM’s customers, a top financial institution in India, endured performance and response time issues exposing service levels for a growing client base. They deployed IBM FlashSystem for providing support for post-trading application workloads. The securities firm achieved a 134x reduction in average read latency, 47% reduction in restore time and 33% reduction in indexing time, he asserts.

He emphasises that companies should be able to use the right mix of technologies, along with flash.

“Flash, virtualization and compression,he says, “Together have a huge impact. One of our customers did not need high IOPS, and their conventional storage solution was using set of specific features of an application. They were not prepared to deal with the storage required to run the full-fledged application. Once the company deployed flash they could use the complete bouquet, and even improve their inventory levels.”

In case of a leading textile conglomerate in India, the company found performance issues in response time and reporting which were affecting service levels for customers and business partners. IBM Lab Services implemented preferred reads from the IBM FlashSystem virtualized by the IBM Storwize V7000 connected to IBM Power Systems using AIX LVM mirroring. The implementation, Kamat claims, helped the company achieve more than 50 percent improvement for read intensive queries and 50x reduction in read latency. The substantial gains in efficiency and performance allowed increased support of service levels enabling the textile company to focus on core competencies rather than infrastructure.

Similarly, KPIT and Kotak Bank have deployed EMC’s flash solutions. Flash also helps in reducing licensing costs by about 45% because fewer CPUs are required for high IOPS with flash. “This way, flash provides a lower cost of ownership in performance-intensive environments.”

Some early adopters of Flash have already benefited from the technology, the rest are beginning to show interest, says D’ Souza.

Flash in future
ING Vysya, one of NetApp’s customers was working on the competitor’s core banking environment. By deploying NetApp’s Cluster Data OnTap they made judicious use of flash and improved their back up.
A Telco, another customer of NetApp was suffering from latency in HDD ecosystem; the telecom company did a PoC with them using flash. Another EDA company that concentrates on chip verification and development has been evaluating deployment of flash in their IT set up.
Amit Malhotra, Head Systems Business, Oracle India, points out that the escalating data growth, ongoing budgetary pressures, and increasing performance demands on IT infrastructure pose significant challenges to data centers today. “Enterprise flash storage technology promises a balanced solution. However, the full potential of flash to economically improve service levels has yet to be realised. This is primarily due to data center unfamiliarity with flash technology and perceptions that it increases complexity and cost.”
Potnis observes that Flash is currently being used in VDI products, and they also see adoption in development across IT \ITeS and in Financial and Telecom sectors. Most mature customers are ready to shift to Flash.
He says that the next step will come when the enterprises begin to use Flash for in-memory databases. “The good news is that skepticism around Flash is getting diminished and we see many PoCs happening.”
For now, companies are buying hybrid Flash-disk arrays to accelerate their SANs and are buying all-Flash arrays to accelerate specific workloads like databases and virtual desktop infrastructure.
The price of flash has though come down, but the price is still quite high. That is why the market continues to be dominated by a mix of HDD and SSD. Potnis says the industry will see real change by 2017.
Besides, not all vendors in the market are mature enough to offer the right kind of enterprise-grade storage. Even the established enterprise storage vendors are still updating their architectures to leverage flash, through both partnerships and acquisitions.

A Cloud for Better Employee Management