How tech innovations are transforming film and animation industries

Technology has helped filmmakers push their art into places which a few decades ago they could not even imagine, says Rahul Puri, Managing Director, Mukta Arts Limited and Head of Academics, Whistling Woods International 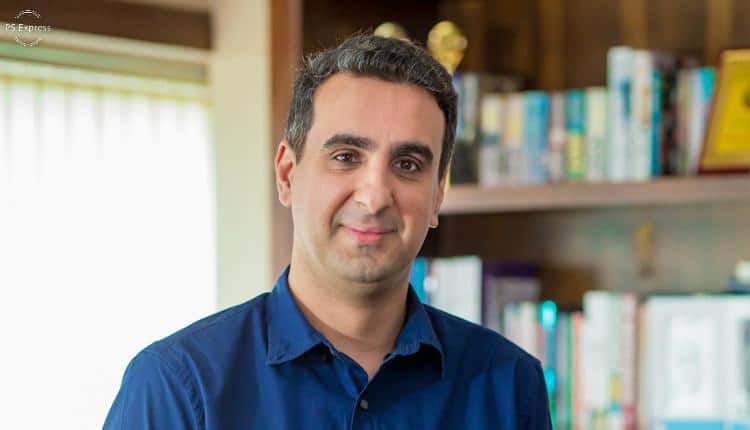 There is little doubt that technological change is driving pretty much everything around us to change. In all aspects of our lives as well as in business, the world has reinvented processes over the last twenty years due to rapid innovation in technology and falling costs of such infrastructure. Mobile phones and laptop computers, once the remit of only the uber rich or top executives of the best companies are now completely ubiquitous in daily life and in how we work. Therefore there is little surprise that this innovation and technological change has shaken up the film and animation industries as well and spurred them on to new heights. These art forms are now increasingly using technology to push the boundaries of imagination and bring delight to audiences across the globe simultaneously.

Animation particularly has seen massive change over the last three decades. From hand-drawn artists using 2D images on the screen to computer generated images with a more rounded 3D feel, the animation industry has come on in leaps and bounds now churning out hundred and thousands of hours of content a day. Not just that but repetitive work can be done now using AI and Machine Learning to ensure that the human artist can better spend time on more creative processes to bring out the very best. From Disney’s Snow White in the 1930s to Pixar’s brilliance today, animated films remain about amazing story-telling. The difference now is that the filmmakers and animators imagination can be so much widely expressed using today’s technology and techniques.

In terms of process, cloud-based workflows have helped hugely. Now people across the world can collaborate to produce films and animation in a much quicker time-frame. Very often animation films are directed by someone in the US working with teams of animators and artists in India or Europe. This has allowed the scale of these movies to increase hugely and reduced production time to make the projects more cost effective.

Live-action movies too have come a long way with the use of technology. Today’s HD cameras can capture the clearest of images and the use of HD projection too can screen the film to millions in crystal clarity around the globe on the same day. It is hard to imagine that just about 20 years ago, India got its Hollywood films maybe 3-6 months after their release in the US. Today many of them release in India first!

The use of VFX has revolutionised the filmmaking process. In fact now films are shot on digital, use digital images and exhibited via a digital copy. To say the word ‘film’ is technically not even correct anymore! The breakthrough in VFX shots came in the 1970s but with the advent of faster processing in the 1990s, the scope and scale of VFX images in a movie became almost as wide as that of shooting in a live location. Wider even. I mean the film ‘Gravity’ was entirely shot against a green-screen and used VFX to create the claustrophobic environment. No way they could actually shoot an actor into space for that! Some films that are made now, were just not possible 30 years ago and that has helped push the envelope of filmmaking further and further.

However this is not the end. The next big shift in technology is coming soon with VR and interactivity entering the story-telling process. These are not quite ready for prime time yet but soon, the technology will allow us again to reimagine stories with a new experience. Imagine watching a war movie and actually being on the battlefield as explosions and gun-fire echo around you. Or being on the sinking Titanic as it slowly begins to submerge. Filmmakers have the opportunity to weave amazing stories and the viewer, rather than being a passive observer, could now be a key player. This is where interactivity comes in. There was a Black Mirror film that was released on Netflix called ‘Bandersnatch’ which was a first in this regard allowing the viewer to make choices about how the story should continue.

3D printing has also reduced the need for expensive props. Now a 3D printer can allow a production designer and a director to create the prop exactly how they envisioned it, and not have to compromise by sticking some things together to create something that is half of what was thought of. I always remember George Lucas, the director of the original Star Wars complaining about the malfunctioning props he had to use in that ground-breaking movie. Compare that to the polish you see in the sci-fi films of today!

I think there is little doubt that technology has helped filmmakers push their art into places which a few decades ago they could not even imagine. Animation ,VFX, digital techniques and processes have all become a huge part of how films are made now and they have to go in sync with the creativity of story-telling and the composition of the frame. Story is still the king in movies but without these technological advances, perhaps the telling of the story would be that bit less interesting.