The top priority for the Pune Smart City Development Corporation Ltd (PSCDCL) is to see the data sets from all the departments - IoT and related environment (CCTV, drone, social media, departmental data) are pooled and this cross functional data is leveraged for different functions 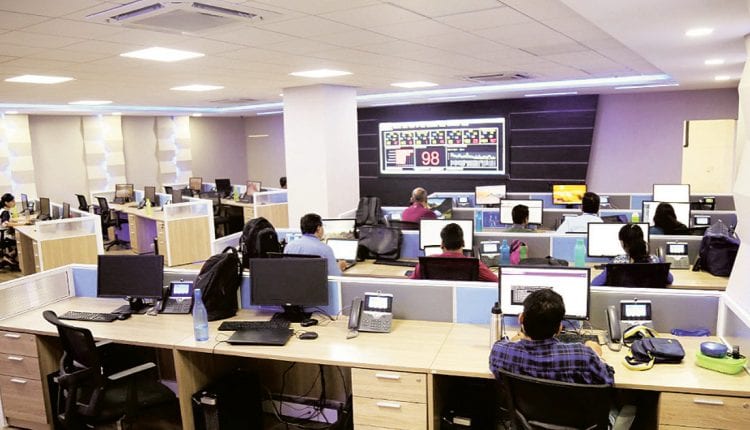 Pune has deployed over 1000 IoT devices (including 1500 CCTV cameras, which are quasi IoT devices), connected with the integrated command and control centre (ICCC). The data feeds are regularly relayed from the sensors. Going ahead the many use cases will need to be explored. Pune is working with IISc and IIT Kanpur for use case development, for example, the availability of parking spaces in the city can be easily identified from sensor data; traffic movements in the city can be tracked and appropriate actions relating to reducing congestion can also be taken based on data relayed from the sensors.

Pune is the only city in the country to have participated in a global hackathon, wherein the API based technology architecture allows to expose the data in a secure manner globally to create applications over it.

Cross departmental data to provide contextual intelligence
The top priority for the PSCDCL is to see the data sets from all the departments – IoT and related environment (CCTV, drone, social media, departmental data) are pooled and this cross functional data is leveraged for different functions. “The data formats have been standardised to some extent and have been congregated in the city data exchange (CDE). This data is exposed through APIs for developing applications. The CDE is a marketplace of datasets available publicly and shared by the external environment after partnering with PSCDCL. This is a PoC for which Pune has been selected by the Government of India. The navigation technology provider TomTom has signed an MoU with Pune smart city to share their real time traffic and map data. Currently, one OEM and a startup has joined the exchange,” informs Manojit Bose, Chief Knowledge Officer, Pune Smart City Development Corporation Ltd (PSCDCL).

The data from the ICCC is also on the CDE. According to the Smart Cities Mission website, clean environment is one of the important characteristics of any smart city. Pune has deployed environmental sensors in select areas to track pollution. “Pune has tied up with IIT Kanpur to analyse data from 50 environmental sensors and other related datasets. Currently, we are able to develop heat maps of the areas.

Subsequently, the pollution data from environmental sensors is displayed on variable messaging devices (VMDs) deployed at strategic locations in the city. Advisories are issued accordingly, for example AQI levels are high in certain areas, and citizens are advised to wear masks while travelling,” says Bose. However, this data is inadequate to reason-out why certain areas have more pollution. Efforts are on to collect datasets related to traffic and construction to give a near comprehensive view on pollution and how can it be reduced.

“The flood sensor will not be placed where an environment sensor is and vice versa. This can apply to multiple sensor types. Indian Institute of Tropical Meteorology (IITM) has their sensors placed in the city. It’s made sure our sensors are not placed there,” states Bose.

The environmental department of the Pune Municipal Corporation (PMC) is consulted on where to place the sensors. “We are also opening a CoE in Pune that will have high end NVIDIA GPUs, over which we will run our own analytics,” informs Bose.

PSCDCL has invested over 155 crore on the ICCC and IoT infrastructure. It’s important to focus on network, security and interoperability in IoT related technologies. The Pune smart city had organised a hackathon to devise IoT applications based on a uniform standard.

“The Government of India has taken cognisance of this and very soon, the standards on smart city will be released, which will also have IoT related standards,” mentions Bose.

The data wars have begun: Three ways we can win the war on data misuse and mistrust