As passenger acceptance of biometric recognition grows, biometric solutions are set to simplify and speed up ID checks across every step of the journey, from check-in to boarding. Biometric identity could also be extended to automate entry into airline clubs or for baggage check-in, says Maneesh Jaikrishna, Vice President Indian Subcontinent, Eastern & Southern Africa, SITA 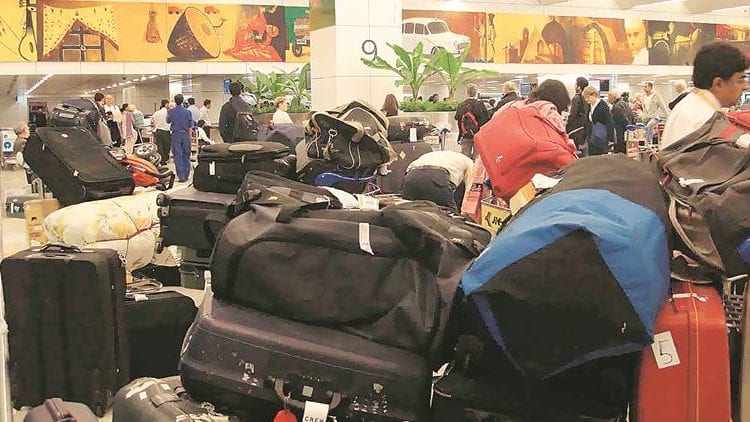 How much time do you think an Indian domestic flyer takes to check-in at metro airports? Has this time increased in the last 5 years due to significant growth in traffic?

With the tremendous growth in passenger traffic in India over the past few years, there is no doubt that there is increasing pressure on airports and airlines to speed passengers through the travel steps. This is only likely to become a growing challenge in the years to come.

India has great potential to emerge as the world’s third-largest aviation market with future plans of building 100 new airports at an investment of $60 billion in the next 10-15 years. As per IATA, in 2010, 79 million people travelled to, from or within India. By 2017 that doubled to 158 million. That number is expected to treble to 520 million by 2037. It is also estimated that the day is not far when there would be around a billion passengers flying every year.

This massive increase in the last few years could be attributed to various factors such as the rise of low-cost carriers and special importance being given to regional connectivity through the government initiative of UDAN (Udega Desh Ka Aam Naagrik).

To manage the growth in passenger traffic, Indian airports have been working on the modernization of airports infrastructure to increase capacity, introducing technology for passenger facilitation and enhancing efficiency in airport operations. Technology must and has become increasingly important, particularly in automating the journey. It allows airports to manage more passengers while given traveler more control over their trip.

Most of the major airports in India are facing congestion issues. What role do you think technology can play in swift movement of passengers at airports?

Today almost every passenger expects to manage their travel using a smart device and this is dictating the services they expect from airlines and airports. As per the SITA Passenger IT Trends Report 2017, travelers are increasingly demanding the use of self-service and mobile technology in the airport to speed up their journey. This expectation, in many cases, is running ahead of availability in Indian airports today. While such increasing number of flyers is a challenge, it is a good news for the industry as it provides airports and airlines the opportunity to fully benefit from technology to speed up the journey and drive operational efficiencies, helping them meet the demands of rapidly growing passenger numbers across the country.

Technology can play a significant role in transforming a flyer’s journey end-to-end which is primarily the reason airlines, airports are investing heavily in technology. Baggage and biometrics are two areas in particular where investing in technology can deliver a better passenger experience. Most of the passengers use a smartphone or a smart device to ease and speed up their travel process. While the use of technology among Indian airline passengers remains high at check-in (87%) and booking (52%), 2017 saw tremendous growth in usage other points in the journey. The research showed while adoption remains low, self-bag drop usage climbed to 21% from 12% in 2016. The research also shows that 54% of passengers would rather opt to use self-bag drop than go to an airline check-in counter, compared to 33% globally which is well ahead of current usage.

Use of technology not only eliminates the stress factor of a passenger during their air travel but also makes the entire process seamless and hassle-free. Services such as CUTE (common-use terminal equipment), CUSS (common-use self-service) have been deployed at over 40 AAI airports and BRS (Baggage Reconciliation System) by SITA has been deployed at over 13 Indian airports. These technologies play a key role in cutting down the time required a passenger takes to complete the travel steps.

What are the new technologies that can help passengers minimize their travel time and improve their experience?

At SITA we are focused on improving the operations of both airlines and airports along with the overall passenger experience. In order to do that, we explore new technologies which in turn assists the various stakeholders to work cohesively and effectively together.

We have already invested in technologies such as self-service kiosks such as CUTE (Common Use Terminal Equipment) and CUSS (Common Use Self-Service) at airports along with self-bag drop facilities to help passengers automate their journey and avoid long queues at the airports.

Biometrics is a vital technology which helps to manage passenger flow in airports, airlines and the government. We have already trialed it in the US, where JetBlue along with the US Customs and Border Protection used the SITA’s Smart Path technology instead of the traditional boarding pass and ID check. The passenger just needed to step up to the camera and have their photo taken which resulted in combining the airline and government check-in into a single process.

When do you plan to introduce self-service bag drop technology at Indian airports. Based on experiences at Brazilian and Korean airports, how much time would it take for a passenger to check-in at airports with self-baggage drop facility?

We introduced the first self-service bag drop in India at the Chhatrapati Shivaji Maharaj International Airport in Mumbai in 2016. As the second busiest airport in the country, the SITA’s Scan&Fly self-bag drop allows passengers to check-in their baggage, smoothing their journey through the airport, particularly during peak travel periods. It has also been deployed at the Cochin airport, post its implementation and success in Mumbai airport.

A passenger, who has already checked-in online, can just drop their bags at these counters in the airport and head directly to the gate. This reduces time significantly as compared to checking in at a traditional airline counter. as well as cost effective for the airlines. It reduces manpower placed at individual baggage counters and results in shorter boarding queues.

The government is keen on promoting paperless travel at Indian airports. How do you think it can be achieved without compromising on the individual privacy?

Identity management falls under the advanced processing technology is a key focus of IATA and ACI’s New Experience in Travel and Technologies (NEXXT) program.

As passenger acceptance of biometric recognition grows, biometric solutions are set to simplify and speed up ID checks across every step of the journey, from check-in to boarding. Biometric identity could also be extended to automate entry into airline clubs or for baggage check-in.

We have seen the positive impact of biometric identity management wherever we have deployed our Smart Path solution across airports in the Middle East; Brisbane, Australia and the US.

For example, at Orlando Airport, together with British Airways and the US Customs & Border Patrol, we showed how we could board international flights with 240 passengers in around 10 minutes. Similarly, in India we can leverage the Digi Yatra initiative to make this country the most efficient travel system anywhere in the world.

With several government schemes such as Digi Yatra on the rise, biometrics is key to a truly walkthrough experience at the airport in a seamless and secured manner. In India we can leverage the Digi Yatra initiative to make this country the most efficient travel system anywhere in the world.