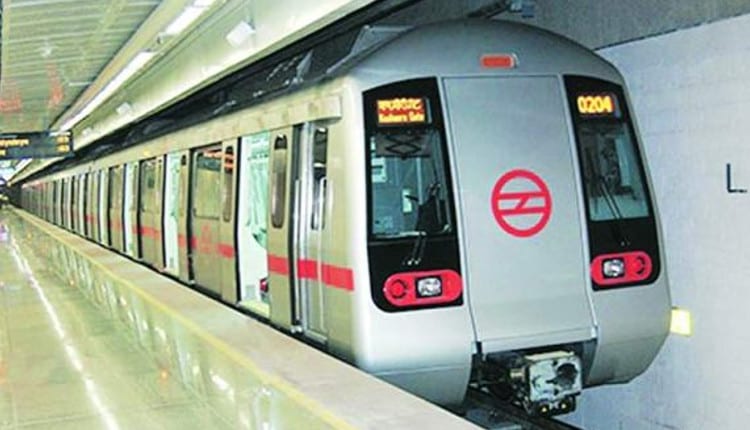 On ‘Engineers Day’, the Delhi Metro Rail Corporation (DMRC) took a major step towards development of an indigenously-built Communication Based Train Control signalling technology for the Metro with the launch of the i-ATS, which is an important sub-system of the signalling system.

This prototype system, as well as a state of the art laboratory for further developing other sub-systems of indigenous CBTC technology, was inaugurated on Tuesday at the Metro’s Shastri Park centre by Housing and Urban Affairs Secretary, Durga Shanker Mishra, in the presence of DMRC Managing Director, Mangu Singh, Bharat Electronics Ltd Director, Shikha Gupta, and other senior officials from DMRC and BEL.

Mishra said: “It is a really proud occasion to start something like this which is going to add to our strength on the Aatma Nirbhar Bharat initiative. The way we have promoted indigenisation in the development of Metros in the country, I am fully confident that this Indian system will also be sold outside, and we will be the leaders in this area as well.”

Mangu Singh termed this achievement as a major step forward towards the development of indigenous technologies required for the operation of Metro rail systems. “This is a very important step towards the development of an indigenous CBTC system. I am sure that we will be able to work together and scale newer heights to completely indigenise Metro railway construction as well as operations.”

ATS (Automatic Train Supervision) is a computer-based system, which manages train operations. This system is indispensable for high density operations such as the Metro, where services are scheduled every few minutes. i-ATS is the indigenously developed technology, which will significantly reduce the dependence of Indian metros on foreign vendors dealing with such technologies.

Technology systems such as the CBTC are primarily controlled by the European countries and Japan. As part of the government’s ‘Make in India’ initiative, the Ministry of Housing and Urban Affairs had decided to indigenise the CBTC technology.

Along with DMRC, Niti Aayog, BEL and CDAC are part of this development. DMRC has been nominated to lead this important ‘Make in India’ initiative.

To take the project forward, DMRC and BEL entered into a MoU for development of this indigenous ATS system. A dedicated team of DMRC and BEL, Ghaziabad worked together round the clock to take this important step towards ‘Aatma Nirbhar Bharat’.

DMRC has decided to use indigenous ATS (i-ATS) while upgrading the ATS of line 1 (Red Line) i.e. from Rithala to Shaheed Sthal, Ghaziabad. The same shall also be used in Phase 4.

It is also suitable for introduction in Indian Railways which is now introducing Centralised Train control, which uses part of ATS functions, on a large scale. Predictive maintenance module shall also be introduced in the Phase IV corridors using the i-ATS system.

Another MoU was signed at the occasion with BEL for indigenous development of “Rolling Stock Drivers’ Training System” for training in driving and troubleshooting skills for Train Operators. It will be a mock-up of a train’s driving cab with a computer-based system at the back end, where different real life scenarios will be created to train the operator on driving and troubleshooting skills.

The training systems, popularly known as driving simulators, procured so far are rolling stock specific. The indigenous system can be utilised for multiple stocks by selecting from among the options available in the database.