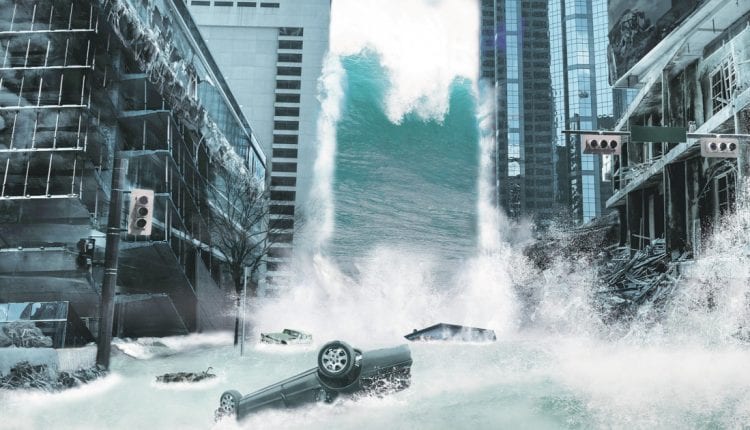 A researcher at Queen’s University Belfast has invented a low-cost telecommunication system using drones which provides early warning on natural disasters and acts as a Wi-Fi hotspot when phone signal is disrupted during extreme weather such as earthquakes, tsunamis or hurricanes.

Last year there were 850 “natural catastrophes” across the world — a jump from 740 in 2017 and 500 a decade earlier — according to the Insurance Information Institute.

Trung Duong, a Reader in the School of Electronics, Electrical Engineering and Computer Science, and a researcher at the Institute of Electronics, Communications and Information Technology at Queen’s University, has first-hand experience of battling extreme weather conditions.

He explains: “Currently warning systems for natural disasters are very expensive, not always effective and are often easily damaged.

“In Vietnam, monitoring stations are placed alongside the river which cover a small area. 25 of these stations would take around six months to build and cost nearly 0.5 million. They only last four years but if extreme weather strikes, they are almost always damaged as they are so close to the water.

He says: “An added complication is that when a natural disaster hits, people in the affected communities find it very difficult to communicate with emergency services and their families as phone signal and wifi is often disrupted due to the weather and also because so many people are using the system at one time.”

It is known as a “Catastrophe-Tolerant Telecommunications Network” (CTTN) and is critical to emergency missions such as rescue teams and emergency medical services.

Amateur drones can last for around 30 minutes when flying over a large area but Duong’s system will last three to five times longer than this and is not as expensive as a professional drone.

It can also provide seamless connectivity in a crisis situation if networks are destroyed or compromised. In order to prolong the battery life of the drones, Duong developed a mechanism for allocating resources across the system in real-time, which maximised the system’s energy efficiency.

The research was supported by the Newtown Fund under the Newton Institutional Link programme with Nong Lam University and Newton Prize with Duy Tan University, and recently received a best paper award at IEEE Globecom 2019 in Hawaii, the most prestigious conference in the field of telecommunications.