Home  »  News  »  EXCLUSIVE: An inside scoop on what Indian CIOs think of their paychecks

EXCLUSIVE: An inside scoop on what Indian CIOs think of their paychecks 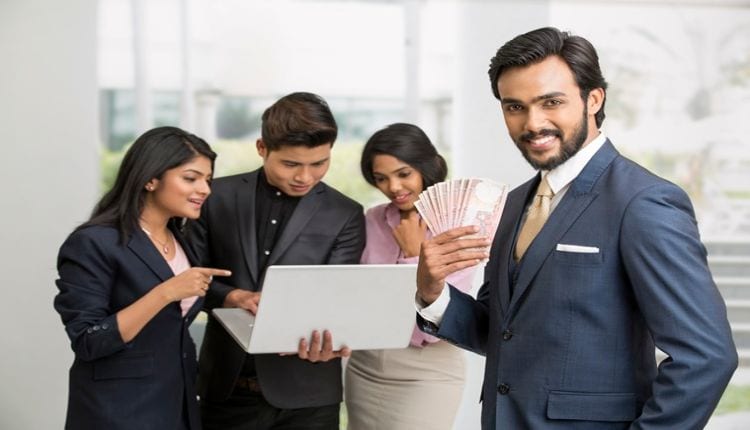 Leading CIOs across industry segments give their take on IT salaries, on condition of anonymity

I CIO of a leading financial company: Most of the CIOs, CTOs, who claim themselves as such get ‘average salaries’. Only the CIOs and CTOs of companies, who have been performing well are paid handsomely. Not more than 10 per cent will fall in that bracket. As per my knowledge, of the top 200 CIOs in India, only 10-15 per cent have salaries more than `2 cr. There are also instances of a new CIO taking away a higher salary scale when compared to a veteran CIO. The reason being the younger lot being more qualified and also that the seasoned CIOs are not ready to take up additional responsibilities.

CIOs restrict themselves to specific roles like CRM, analytics, applications and they are becoming a CRM CIO or an analytics CIO. The readiness to take up multiple roles is lacking in the community. This trait will bring in increased salary scales. The trend of the digital agenda being included in the marketing function is also disturbing. CIOs are averse to accept the digital opportunity, which includes sales, customer channels and has tremendous potential to be more dynamic, tied to the salary scale. However, they are only interested in managing the IT infrastructure. CIOs want to be in the comfort zone of what they know and do not want to take the leap.

l CIO of a big property group: I feel the strategic importance of CIOs in organisations has grown significantly over the recent years, which certainly has led to increase in salary scales. While they may not still not be in range of other business generating C Level positions, the gap has been reducing. The world of technology is evolving so fast that we see newer trends emerging every week. Anyone who is curious and agile enough to take quick strides and keep pace with technological advancements, alongside academic qualifications, will always be in demand. In developing economies, salaries have not kept pace with the ever increasing inflation rates in the economy and there is a clear pay gap when compared to international standards, if we see in countries like India. But there are certain sectors which are high on technology and par very well, like telecommunication and the IT sector.

l CIO of an insurance company: Ninety per cent of the CIOs have a variable component added to their CTC. The weightage of the variable component in the CTC is from 10-50 per cent. The salary scale of CIOs has taken a dramatic jump over the years. CIOs are considered to be a part of the business leadership programme. Earlier the CIO’s office was looked at as a support function. The salaries of CIOs are linked to both the top line and bottom line. The KPIs fixed include adding to the topline by driving the sales by building upon the digital infrastructure; improving operational efficiencies by contributing to the bottomline.

l CIO of a bank: Salaries are strongly pegged to meeting the KRAs. Swift adoption of new age technologies and employee engagement, retention of talent pool are emerging to be some of the top KRAs. I have been accorded with 10 per cent ESOPs. In our case, the difference between the salary scale between the Head- IT, CTO and CIO is 30 per cent. Every subsequent designation is getting 30 per cent more than the previous. There are many roles that are getting created around the scope of the role of the CIO, e.g. CDO, Data Scientist, etc. The CIOs will get a raise if they are ready to accept these roles too.

l CIO of a well-known electronic equipment company: The CIOs are never paid their fair share and they have to fight for it. When they start showing value the pay checks start getting fatter. For example, I am paid on par with the C Suite (except a few) in my company, but after many years of sustainable value delivery. CIOs should be treated on par with the C Suite, be it ESOPs, variable or fixed pays. I am on variable and the salary depends on how my company does in terms of revenue, profitability and additional I carry other commitments as other CXOs in the company do. I have commitments on uptime on IT infra and in case of downtime and how frequent it occurs, has a direct bearing on my take home in any given year. Salary scales, going forward will be tagged to the ability of the CIOs, who are able to get commercials and add to the top and bottom line. IT Heads, who haven’t become CIOs and are still doing the mundane job get mediocre salaries. Any good CIO will also take up the accountability of becoming a Chief Digital Officer (CDO). If there is a CDO and CIO in the organisation, then according to me the CIO is not a CIO but just an IT Head.