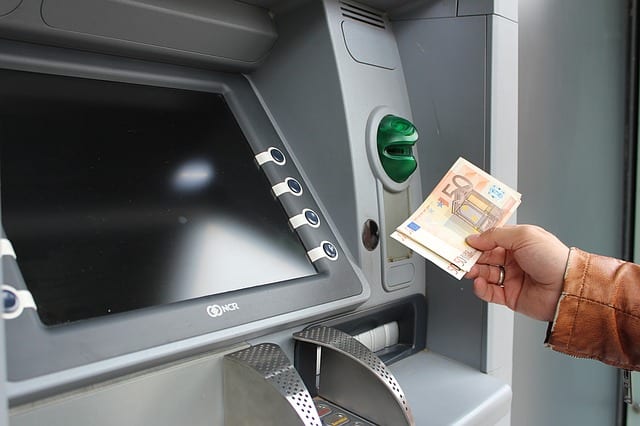 On October 2, 2018, an alert was issued by US-CERT, the Department of Homeland Security, the Department of the Treasury, and the FBI. According to this new alert, Hidden Cobra (the U.S. government’s code name for Lazarus) has been conducting “FASTCash” attacks, stealing money from Automated Teller Machines (ATMs) from banks in Asia and Africa since at least 2016.

Lazarus is a very active attack group involved in both cyber crime and espionage. The group was initially known for its espionage operations and a number of high-profile disruptive attacks, including the 2014 attack on Sony Pictures. More recently, Lazarus has also become involved in financially motivated attacks, including an US$81 million theft from the Bangladesh Central Bank and the WannaCry ransomware. 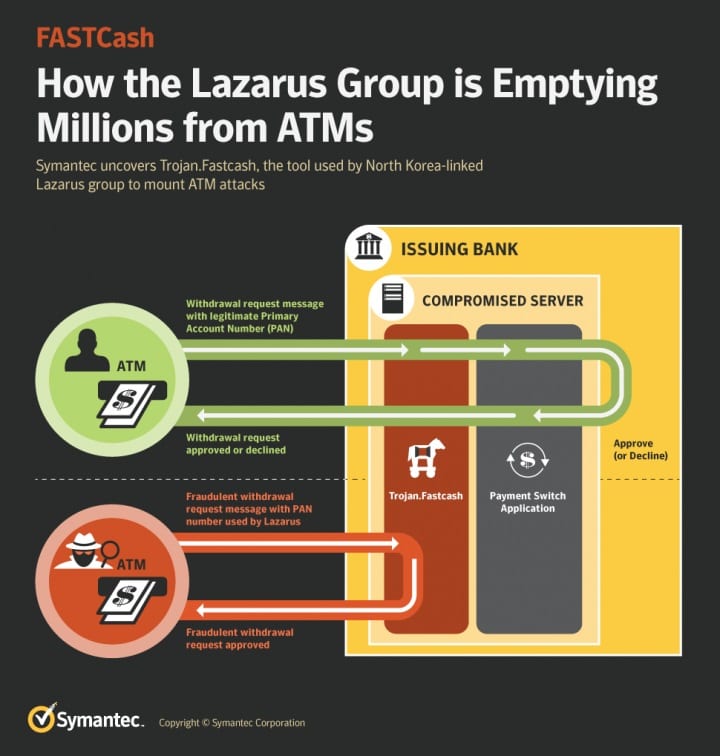 According to the U.S. government alert, one incident in 2017 saw cash withdrawn simultaneously from ATMs in over 30 different countries. In another major incident in 2018, cash was taken from ATMs in 23 separate countries. To date, the Lazarus FASTCash operation is estimated to have stolen tens of millions of dollars.

How FASTCash attacks work
In order to permit their fraudulent withdrawals from ATMs, the attackers inject a malicious Advanced Interactive eXecutive (AIX) executable into a running, legitimate process on the switch application server of a financial transaction network, in this case a network handling ATM transactions. The malicious executable contains logic to construct fraudulent ISO 8583 messages. ISO 8583 is the standard for financial transaction messaging. The purpose of this executable has not been previously documented. It was previously believed that the attackers used scripts to manipulate legitimate software on the server into enabling the fraudulent activity.

However, analysis by Symantec has found that this executable is in fact malware, which it has named Trojan.Fastcash.

Once installed on the server, Trojan.Fastcash will read all incoming network traffic, scanning for incoming ISO 8583 request messages. It will read the Primary Account Number (PAN) on all messages and, if it finds any containing a PAN number used by the attackers, the malware will attempt to modify these messages. How the messages are modified depends on each victim organization. It will then transmit a fake response message approving fraudulent withdrawal requests. The result is that attempts to withdraw money via an ATM by the Lazarus attackers will be approved.

The PAN numbers used to carry out the FASTCash attacks relate to real accounts. According to the US-CERT report, most accounts used to initiate the transactions had minimal account activity or zero balances. How the attackers gain control of these accounts remains unclear. It is possible the attackers are opening the accounts themselves and making withdrawal requests with cards issued to those accounts. Another possibility is the attackers are using stolen cards to perform the attacks.

In all reported FASTCash attacks to date, the attackers have compromised banking application servers running unsupported versions of the AIX operating system, beyond the end of their service pack support dates.

Want to grow your business? Look no further than the cloud, says Rakesh Jaitly of Oracle NetSuite