Home  »  Interviews  »  IoT is a big opportunity for us: Sanjay Poonen, VMware

IoT is a big opportunity for us: Sanjay Poonen, VMware 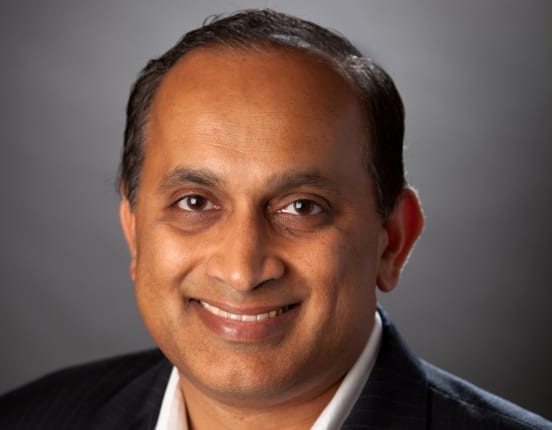 India represents one of the top growth markets for VMware when it comes to End User Computing and, the company is excited about the opportunities that are emerging for the business. In an extensive interaction with Srikanth RP, Sanjay Poonen, Chief Operating Officer, Customer Operations, VMware, shares VMware’s mobile strategy, and why he is excited about VMware’s expanding role in the digital era

Young folks who are used to using Facebook or Instagram are shocked at how complex is enterprise IT. So. what we are trying to do is radically bring consumer simplicity to the world of enterprise security. In essence where we are trying to be consumer simple and enterprise secure. And, we bring together the concept of virtualization, mobility, desktop virtualization, and the concept of mobility and concept of identity management. And then we combine this with some of the deep technology that we have in the data center like storage virtualization, network virtualization and network security. That is the power of VMware being in the data center and in the end user world. We believe that it is an incredible combination

So how is this business growing from last year?
This business was about 300-400 million when I joined 3 years ago. And of course in the last 3 years, we crossed a billion dollars last year. AirWatch is the key part to that. I drove that acquisition. It’s sort of been my baby, so I put my adrenaline to make sure it is successful, and in two years, it is done really well. We have gone from being probably number two and three in the market to the unquestionable number one in mobility. Market share wise we are ahead of anybody else and now we are seeing enormous attraction. India is killing it. Japan is doing really well. Australia is doing really well. China is trying to ramp up. We are seeing lot of potential. Asia for us is going to be a hot proposition.

How does India rank? Does it have the highest growth?
I don’t compare it with the others but it is going to be in the top three — Japan, Australia, China, India. For end user computing, I think India has done better than China so far. In terms of employees, and number of citizens in the population, there is huge potential in India and China.
So what does the opportunity look like?

We can’t quantify it. We think it’s about a 10 to 15 billion dollars total available market. We are only a billion last year, so there is lot of room in there and we are the leader. So we have a huge opportunity to continue to grow inside that total market. Our competitors are very fragmented. I have a very strong cultural heritage with India and I think we have a huge potential in India and other parts of Asia. But the rest of the world is also doing well.

There was a recent alliance with AWS. How big is this for your company?
All the cloud vendors would like to work with us. We are a well regarded king maker in the private cloud. We are the leader in the private cloud. So every cloud vendor would like to work with us because we represent 500 thousand customers over 15 million workloads. AWS is the leader in the public cloud and you want to get that right. There is benefit for both the sides. For example, from the same tool that you use for your VMware cloud, you can now get utility computing and that is a huge breakthrough.

In the last couple of years, has there been a significant change in strategy for VMware?
From the VMware perspective, in the last year, we had three priorities — software defined data center, end user computing and hybrid cloud. The world probably understood our proposition very well in SDDC. We were very well known in the end user computing space and the digital workspace in the last 3 years. We were not very clear about our strategy last year and our customers were confused. Is it vCloud or public cloud? Are you trying to compete with AWS? So we built our strategy for the cloud, and we got phenomenal feedback.
Launching the IBM partnership and the AWS partnership are some of the biggest partnerships that have ever been announced. This is the new VMware. Now I think the three priorities that VMware had is complete — SDDC, End User Computing and Hybrid Cloud.

What are the next priorities?
Quite frankly, we could live on these two priorities for the next decade. There is so much to get done. For example, we just began our journey in network virtualization. So we can spend a lot of time getting that and end user computing market crossed a billion while the total market is 10 billion. I could double that business.

One is the world of IoT, where there is going to be huge opportunity for AirWatch. I think the opportunity would be huge in any country that has lot of manufacturing like India, China, Germany, US or Japan.

How do you see the opportunity in IoT?
We always look at what the customer wants. For example, we were managing mobile devices for a company which was creating a smart vending machine. Now when the same company approached us for a possibility for managing their vending machine, we saw it as an opportunity. From using AirWatch to manage the phone, we are now managing the vending machine. Essentially, mobile management, mobile device and app management can be applied to any machine. We can take it to a healthcare device and we can take this to cars too.

The bigger opportunity clearly is machines where the cost of the machine is high enough. For example, think of a airplane which has to fly efficiently and safely. So where the cost of the asset is high, the value add that we can bring in can lead to huge benefits. If it’s a very cheap device, it may not be possible to create that much value. So we are basically looking at these high value assets in manufacturing. IoT is clearly a very big opportunity for us.