Neighbourly App To Be Shut Down By Google In May

Neighbourly allowed users to ask questions  to their neighbours by text, voice and also share local expertise, in order to keep up with updates from the neighbourhood 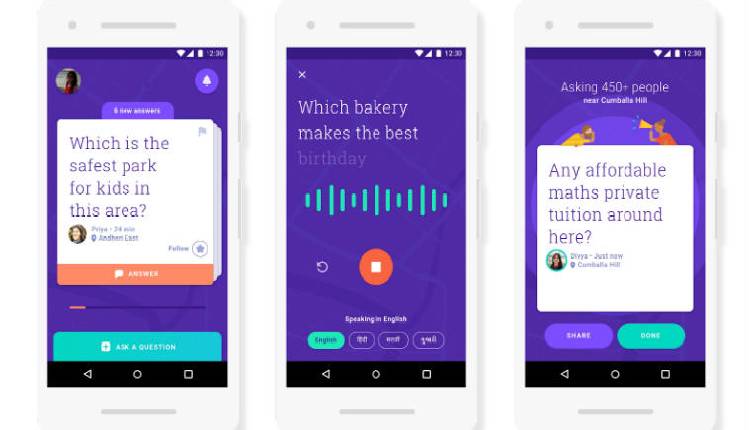 Neighbourhood community app Neighbourly, that was launched two years ago is being shut down by Google in May. It’s believed that Neighbourly hasn’t gained traction as they had hoped, which is a major reason for its closure. Users, however, would be able to download content till October 12th this year.

This comes at a time when India is under a 21-day nationwide lockdown to contain the COVID-19 pandemic. The shutdown was first rolled out in Mumbai and then extended to cities like Bengaluru, New Delhi, Chennai and Hyderabad among others. In a press statement, a Google spokesperson said, “We set out to build a helpful neighbourhood app that would let neighbours help each other find answers to everyday questions about their neighbourhoods. This was in line with Google’s mission to organise the world’s information and make it available to users everywhere, but the product hasn’t grown as we had hoped.”

Neighbourly, a part of Google’s Next Billion Users initiative, allowed users to ask questions to their neighbours using text or voice, also share local expertise and keep up with updates from their neighbourhood. In an email, to its users, Google said that in such difficult times, they believe that they can help more people by focusing on other Google apps that are already serving millions of people everyday.

It is also noted that this development comes on heels of Google announcing that they are winding down Google Station. It is a program that had rolled out free public WiFi across more than 400 railway stations in India, and also thousands of other locations across the country. Google has also shut down its food delivery and home services app Areo last year.

Top 7 Tech Movies To Cut Off Boredom During The Lockdown