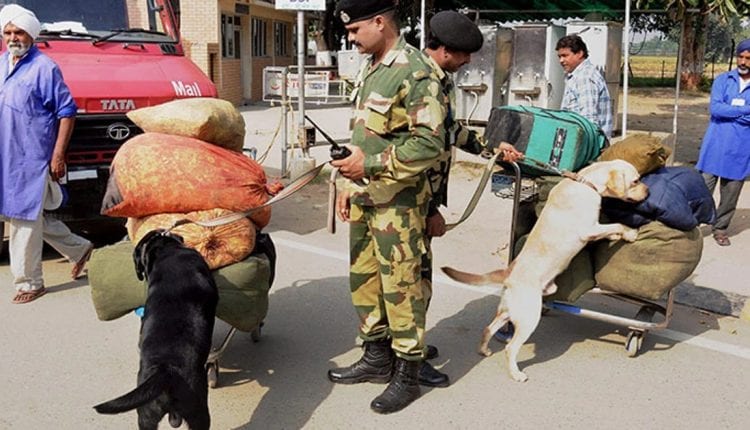 Two IIT-Mumbai students have developed a technology — Dog Mounted Camera — that allows dogs to live stream from higher risk areas while their handlers monitor the situation from a safe distance.

Brain child of M.Tech students Rajat Chiddarwal and Punit Jain, the technology allows a camera and a speaker to be mounted on a dog’s back which could live stream feed from the site to the handler maintaining a kilometer distance. The streaming can also be recorded by the operator.

The project has reportedly cleared initial test runs and is expected to be completed by the year end. It aims to bring down the risk to human life during the routine surveillance drives in remote areas with high security risks.

The fully functional Dog Mounted Camera will have a set of articles which include a special jacket that can host the device set, including a transmitter and receiver, a camera and a speaker which will help the dog to get instructions from it”s instructor.

“The transmitter will help live streaming the video while the receiver will catch voice commands of the instructor which will later be given out through the speaker. The entire set up will help in guiding the dog and keep a watch on the surroundings of area,” Rajat, who has displayed his equipment at the International Police Expo being held in New Delhi, told .

The project will be go through an induction process after which the armed forces will be able to use these equipments on their already trained dog squad.

“Currently, the project is in proto-type stage but as of the various test runs and experiments, we are sure that the project will be completed by the year end and will then be ready to face induction phase to clear criteria of Indian Armed Forces,” said Rajat, M Tech second year students of IIT Bombay.

(The author can be contacted at [email protected])