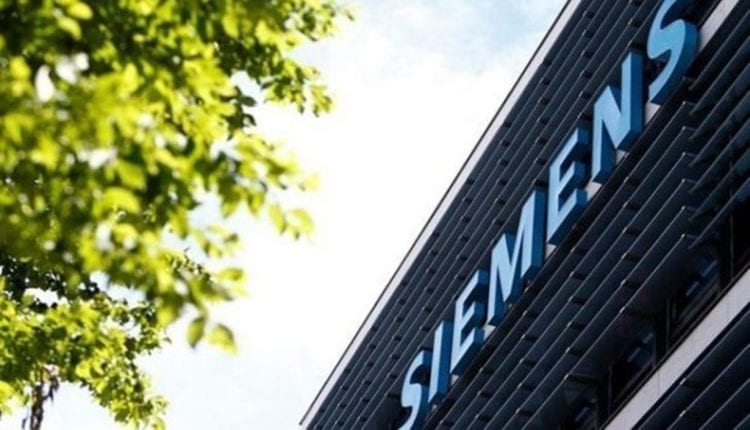 Siemens is spinning off its gas and power business, which has dragged on the German engineering firm’s performance as the rise of renewable power hits demand for gas turbines.

The new firm would be a “major player” in energy with revenues of 27 billion euros ($30 billion) and more than 80,000 employees, Siemens said on Tuesday, adding that it would now focus on its Digital Industries and Smart Infrastructure businesses.

Siemens said the Gas and Power division, which includes its oil and gas, conventional power generation, power transmission and related services businesses, will be set up as a standalone company with the aim of a public listing by September 2020.

Last week Reuters, citing sources familiar with the matter, reported that Siemens was considering carving out the unit, whose 2018 profit fell by 75 percent to 377 million euros ($421 million) as revenue dropped 19 percent.

Siemens also plans to include its 59 percent stake in wind energy company Siemens Gamesa Renewable Energy in Gas and Power.

The decision to separate the business, which will be led by Gas and Power head Lisa Davis, was approved by Siemens supervisory board, which met on Tuesday ahead of its second quarter figures on Wednesday.

The Munich-based company said it would remain an anchor shareholder in Gas and Power with between 25 and 50 percent.

“It’s the right thing to do; it’s necessary and courageous to trigger the planned changes when the company is doing well,” Siemens chairman Jim Hagemann Snabe said.

Unions also supported the decision, saying the business was better off outside Siemens.

“If the unit were to stay part of Siemens, investments would be further reduced. Thus the business would literally be starved to death,” Siemens works council head Birgit Steinborn, who is also deputy chairwoman of the company, said in a statement.

“With the planned initial public offering in Germany, co-determination will be maintained and Siemens remains committed to keeping jobs in Germany and Europe. In a joint venture, for example with a Japanese competitor, we would have seen that at great risk,” she added.

Siemens is targeting cost cuts of 2.2 billion by 2023 by cutting 10,400 jobs – mainly administration and support roles – at its remaining core units, including 3,000 at Smart Infrastructure and 4,900 at Digital Industries. The company will shed at least 10,400 jobs in the overhaul.

At the same time, Siemens plans to create 20,500 jobs by 2023, resulting in a net increase.
For its Smart Infrastructure unit – which makes fire safety and security products, grid control or energy storage systems for buildings – Siemens is now targeting a profit margin of 13-15 percent by 2023.

Digital Industries – which among other products offers industrial software and automation solutions for companies – is targeting a margin of 17-23 percent.
Kaeser stressed that Siemens has many options and plenty of time available for its rail unit Siemens Mobility.

Siemens tried to combine Mobility with listed peer Alstom , but scrapped the deal earlier this year as antitrust concerns mounted. Analysts expect that Siemens will eventually opt for a stock market listing for the unit.