The 6R’s of e-Waste Management By Cerebra Green 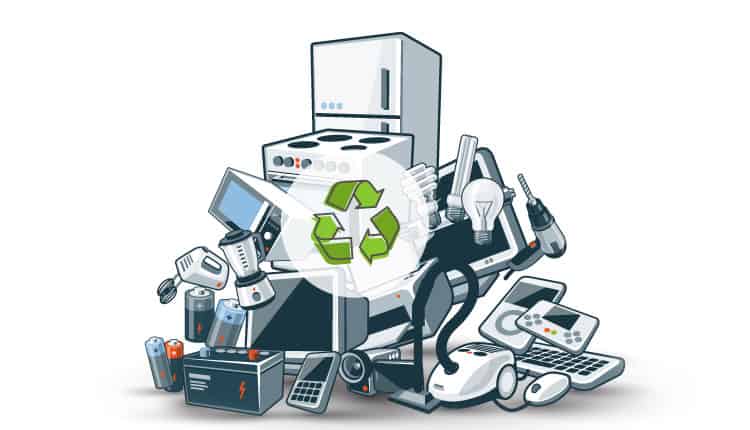 India currently generates 3.2 million tonnes of e-waste –this number doesn’t accurately represent the waste generated by the informal sector. So efficient management of this huge amount of waste that would otherwise go into polluting our environment is a grave concern. Unsurprisingly, -waste management has occupied the centre stage in talks about sustainability and conservation of resources.

As dictated by government norms, when an electronic product reaches its “End-of-Life”, it is regarded as e-waste. The process of e-waste management can be outlined in five simple steps – collection, aggregation, transportation, dismantling and refining. e-waste is collected from the source and aggregated in collection centre. From there, it is transported to recycling centres where it is dismantled and refined into a finished product. The government of India has recently been highlighting the need to create a circular economy which not only helps reduce waste and over-use of resources but also generates employment opportunities.

In India, a huge volume of e-waste is being processed in the informal sector using unscientific methods, especially usage of acids and burning in their methods. The wastage of resources that could be salvaged and the harmful impact on the environment can be prevented through formalisation. The possibilities offered by scientific management of e-waste go far beyond the benefits for the economy and the environment.

Technology has added more dimensions to the process of recycling so that instead of the popular 3 R’s, we now have 6 R’s— Reduce, Reuse, Repair, Remanufacture, Recycle, and Recover. These form the foundation of a circular economy in which there is a feedback loop in which the waste generated is put back into the production process. This ensures that the amount of waste generated is negligible and that resources are utilised to their maximum capacity. Let me give you some examples— 1 kg of copper can be extracted from a discarded refrigerator compressor which can be reused for multiple purposes. 1 Kg of gold can be extracted from 1 tonne of discarded Printed Circuit Board at a far lesser cost than it would take to extract the same amount from the ore.

An important benefit of scientific e waste management that does not feature prominently in our conversations is the role that it played in the digital revolution. Refurbishment changed the game altogether and made products accessible to people from different income groups. The pandemic has increased the appeal of products like smart phones, tablets, etc., among the middle class and lower middle class. Refurbished products have captured this price-sensitive customer base. These products cost significantly less than company-made ones and have a respectable shelf life of two to three years.

Cerebra had been a fixture in the electronic manufacturing sector before venturing into e-waste in 2013. A chance encounter between the founder and a Kabadiwala in which the latter offered to pay a sizeable amount for the e waste generated in the company, inspired the foray into e-waste. 8 years later, Cerebra Green is a one-of-its-kind company devoted to the entire bandwidth of end-to-end life cycle management of hardware products. Each device is evaluated and deemed suitable for processes of reduction, reuse, repair, remanufacturing, recycling, or recovery. In fact, we have also managed to scale up the recycling capacity in our Kolar plant from 2136 metric tonnes in 2017-18 to 40,000 in 2021.

Processing and management of e-waste has a lot of potential that we need to tap into, in order to fuel our economic growth. This is a classic case where we can employ the frugal, yet, flexible innovations that India is famous for.