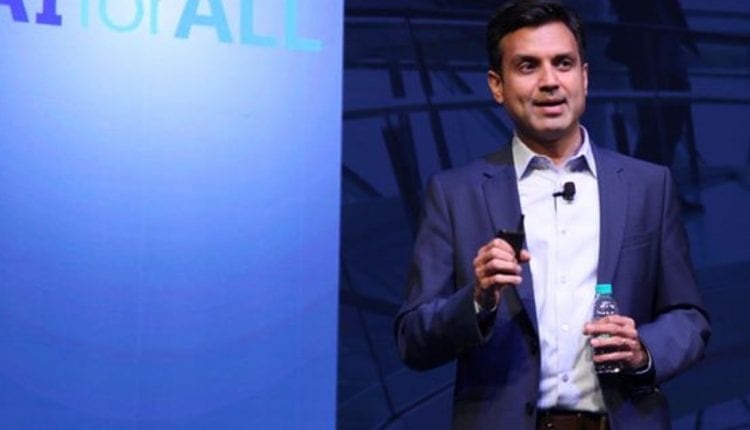 Armed with a cutting-edge technology platform, a well-established partner organisation and an expansion of M12 venture fund, Microsoft is ready to help Indian startups across the spectrum embrace the next phase of growth, Anant Maheshwari, President, Microsoft India, has said.

India, which saw a tremendous growth in the startup space in the last couple of years, is now witnessing a growth in the business-to-business (B2B) tech startups coming up with innovative ideas to deal with local problems.

“With our intelligent tech expertise, deep focus on trust and unique global go to market partnering, we empower unicorns and startups to scale sustainably at a global level,” said Maheshwari. “We remain excited about India”s entrepreneurial startup potential and will continue to accelerate it as a growth engine for the economy,” he added.

India witnessed a dramatic rise of eight unicorns in 2018 from among the start-ups across verticals as against a mere nine in six years from 2011 till 2017, according to IT industry apex body Nasscom.

Maheshwari said Microsoft is uniquely positioned to support Indian startups to achieve scale and evolve from market ready to enterprise ready. The introduction of M12, Microsoft”s venture fund, in India in February is creating new value for startups, VCs and the company itself to maintain the pace and direction of innovation.

“M12 is looking at investing in innovators who have aligned their focus on cutting-edge technologies that better enable digital transformation. The portfolio development team at M12 is specifically built to help support and scale companies by leveraging the expansive resources of Microsoft,” said the company.

According to reports, venture capital investments in Indian tech business-to-business (B2B) start-ups have been trending upwards, with over $3.09 billion raised in equity funding across 415 deals in 2018 — 28 per cent more than $2.41 billion in 2017.

Microsoft is focused as much on selling third party solutions as their own, and this co-sell motion has helped generate $8 billion in revenue for partners within 18 months.

India likely to increase IT resources in Russia

How To Go Facebook Live On Your Desktop Or Phone?