Home  »  Editorials  »  Why India must use mobile tracking apps, facial recognition and wearables to enforce home quarantine for asymptomatic carriers of Coronavirus

Why India must use mobile tracking apps, facial recognition and wearables to enforce home quarantine for asymptomatic carriers of Coronavirus 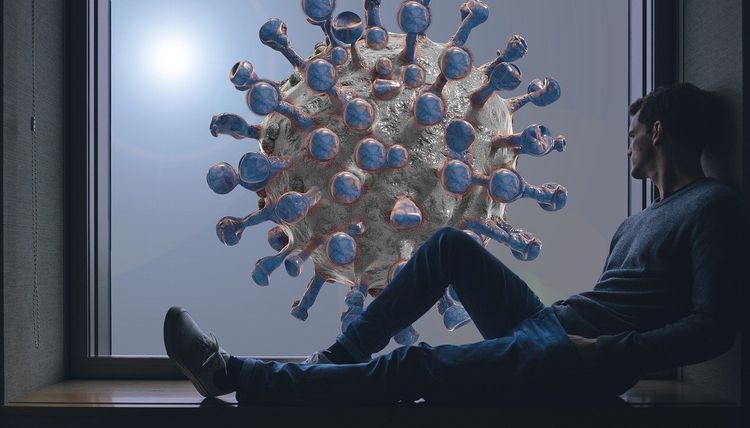 Yesterday, the Indian Express reported that 1,200 travellers asked to self-quarantine in Mumbai could not be traced. In Kolhapur, the city police have booked six people for violating the 14 day quarantine period. In Kerala, a top bureaucrat jumped the home quarantine protocol and left the state. Almost every week, there are multiple cases of people leaving their home despite the huge danger of infecting multiple people with the Coronavirus.

Since the chances of infection from Coronavirus is huge, as one infected person can infect multiple people, the importance of home quarantine increases significantly. India already uses a number of technologies that can be used effectively for enforcing home quarantine.
All mobile apps have tracking capabilities, and authorities can use it to prevent the spread of the disease. South Korea, for example, which has become one of the countries to be affected the most with more than 6,000 cases, has developed a smartphone app to monitor quarantined citizens. These citizens will be monitored for symptoms and tracked to make sure that they stay at home.

In Hong Kong, at the airport, all arrivals are given a wristband or a wearable, which has a unique QR code. The user has to download an app called StayHomeSafe on their phone, and pair the wearable with the app. Once they are home, they have to walk around their home to create a unique digital map that basically draws out a digital enclosure of the home. If someone tries to breach the quarantine by leaving the digital map, the app can trigger a warning and alerts the Government. Anyone leaving their home can face upto six months in prison with a hefty fine.

Moscow is using a huge network of 1 lakh cameras that are equipped with facial recognition cameras to make sure that people who have been advised home quarantine stay at home. As images of home quarantined people are fed into a database, they can be instantly recognised by the cameras.

The good thing is that some Indian states have already started adopting some of the global best practices. The Gujarat government has launched an app which can monitor the movement of the people who have been asked to follow home quarantine. The municipal corporation of Surat is already using this app to monitor 3600 people who have been asked to quarantine themselves at their home. Similarly, the Tamil Nadu Government is using a mobile app to track movements of more than 15,000 home quarantined people. IIT Bombay has created a ‘Corontine’ app to help authorities track movements of home quarantined asymptomatic carriers.

If one looks at the examples of countries above, we can understand that India already uses these technologies actively. Facial recognition equipped with AI is being used by police for tracking criminals as well as missing children. This can be put to use for enforcing rules for home quarantined people too. Similar is the case with wearables and other apps that are being used to enforce quarantine.

As the fight towards minimizing the impact of Coronavirus reaches a crucial stage, it is imperative that India uses all the tools available at its disposal to ensure successful home quarantine.

This App Will Let You Host A House Party Without Inviting Anyone Home!

ShopSe raises US$ 6.1 million to solve consumer affordability at point of purchase