Under this project, land records have been digitised and a web portal has been created where all the land ownership related information such as ‘Khatauni’ or ‘RoRs’ (Records of Rights) are being provided online 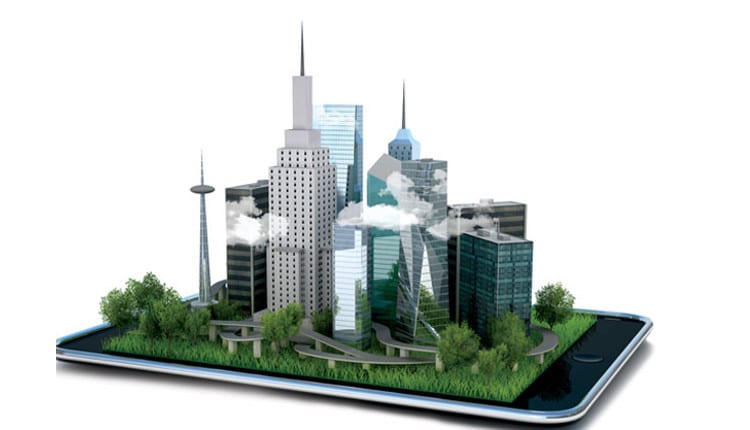 Uttar Pradesh is the most populous state with population of more than 21 crore. The state has 18 divisions, 75 districts and 350 tehsils. All of them are spread across 2.35 crore hectare land area, divided into 1,08,848 revenue villages with 7.65 crore plots.

So far, the dispute among these plot owners and their records were being maintained manually. This gave rise to manipulations, corruption and land scams as large number of cases of data manipulation at the level of junior tehsildar were being reported. Currently about over 8 lakh revenue court cases are filed across 2486 revenue courts in the state.

To address this challenge, the state government has relied on technology and have created an integrated platform called ‘Bhulekh’, a kind of ‘Digital Land’. Under this project, land records have been digitised and a web portal has been created where all the land ownership related information such as ‘Khatauni’ or ‘RoRs’ (Records of Rights) are being provided online.

Now, anybody can obtain a digitally signed copy of RoR from tehsil. These services are also being made available through Common Service Centre (CSC) on payment of nominal fee. According to senior government officials, over 2 crore digitally signed copies of RoR has already been issued.

“Since the data of about 1.09 lakh villages with about 7.65 crore plots and 3.38 crore Khata were being managed manually. That not only impacted efficiency but also gave rise to manipulations, cheating, corruption and land scams. But the digitisation has helped us addressing that challenge and it has improved transparency and minimised the corruption,” said Pravir Kumar, Chairman of Board of Revenue, Uttar Pradesh.

Under this project, a 16 digit unique codes have been assigned to each and every plot except for villages under consolidation or survey. Any prospective buyer or entrepreneur can check online about the ownership of the plot and also whether the plot of land he proposes to buy is under litigation or mortgaged or previously sold. Illegal sale or purchase of non-transferable land such as Patta land, Talab, Pasture, Gaon Sabha land, among others may be checked at registry level as well as mutation level. The system has an easy to generate list of ponds, pasture land, public land for allotment or for planning purposes for creating public infrastructure.

“It is like Aadhaar number of the plot. If you want to buy land, you can check online about the ownership of the plot and also whether the plot of land he proposes to buy is under litigation or mortgaged or previously sold. This has eliminated manipulation which used to happen earlier. Now there is lot of visibility into the system,” said Dr. Sourabh Gupta, DDG, NIC.

In addition, this project has also coded the village boundary pillars. More than 4.14 lakh pillars have been assigned unique numbers. This unique numbering has made it possible to clearly identify the pillars and ascertain their status and avoid duplication.

Similarly, the digitisation of village maps has been completed for nearly 90 thousand revenue villages out of nearly 1.08 lakh total villages in the state and the remaining work is likely to be completed by March, 2019, said a government official.

“By making the details of land records freely available to the citizens in a transparent manner and without any human interface, ‘Bhulekh’ has had unfathomable social and economic impact in terms of reduction of drudgery and minimising corruption, as the farmer no longer has to chase the revenue officials to know the status of his land or to obtain a copy of relevant land records,” said Kumar.

On February 24, 2019, under PM Kisan Samman Nidhi Yojana, Rs. 2000 each were transferred into the bank accounts of  one crore beneficiaries in UP, Prime Minister Narendra Modi. “This was made possible only because of successful implementation of “Digital Land” Project,” said Dr. Gupta.

One February 25 alone, this platform received over 2 core hits and this number is gradually increasing.