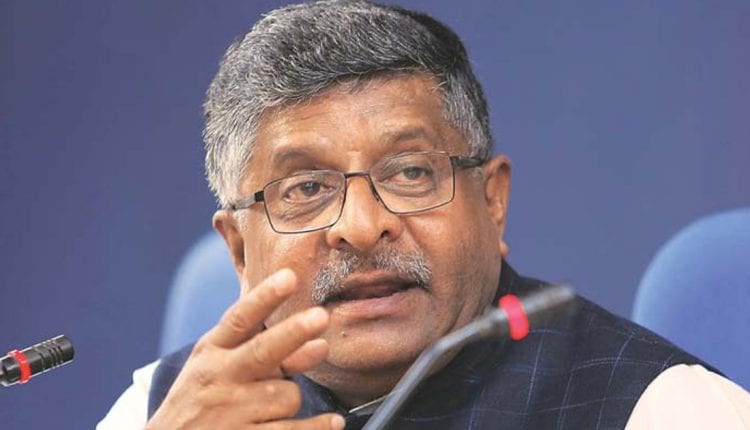 Amid the furore over Pegasus hacking incident, IT Minister Ravi Shankar Prasad has sent out a strong message saying India takes privacy seriously of which informational privacy is an integral part, and data imperialism will not be acceptable. At the Commonwealth Law Ministers’ conference in Colombo (Sri Lanka), India’s Law and IT Minister strongly articulated New Delhi’s approach and stance on data protection, an official release said.

The minister said in the age of information technology, data plays a crucial role in the digital economy discourse. “In India we view privacy seriously and informational privacy is also integral to that. It means a person must have control over his data and its commercial usage,” Prasad said.

The comments assume significance in the backdrop of recent disclosures by messaging giant WhatsApp that said Indian journalists and human rights activists were among those globally spied upon by unnamed entities using an Israeli spyware Pegasus.

WhatsApp had said it is suing NSO Group, an Israeli surveillance firm, that is reportedly behind the technology that helped unnamed entities’ hack into phones of roughly 1,400 users spanning four continents and included diplomats, political dissidents, journalists and senior government officials.

Speaking at the conference, Prasad noted that data economy, both in terms of commercial use and employment, will play a crucial role. While India acknowledges this fact, it is equally important that a large amount of data is being generated in developing and under developed countries but the claim for processing is being emphasised only by big countries.

The minister cautioned that any attempt to create monopoly on data by few companies and nations or data imperialism will not be acceptable. Data sovereignty of countries, big or small, must be respected, Prasad said. The minister also mentioned about the entire evolution of data law in India, the recommendations of Justice Shri Krishna Committee, the public consultations and said the initiative for taking a Bill into Parliament is being considered, according to the release.

Prasad emphasised that any data protection law must be technology agnostic, based upon element of free consent, no abuse of consent beyond the permissible limits, requisite data protection authorities and a fair mechanism for data processing. Equally, there is a need to balance innovation, enterprise in data but with due regard to privacy, he said.

Last week, after WhatsApp’s disclosure that the spyware had targeted Indian users as well, the Indian government had asked WhatsApp to explain the matter and list out the measures that were taken by the app to protect the privacy of millions of users.

WhatsApp sources had said that platform had informed New Delhi in September that 121 Indian users had been targeted with the Israeli spyware Pegasus, after sending an alert in May. The IT Ministry officials, however, maintained that the past information had been inadequate and incomplete. WhatsApp has over 1.5 billion users globally, of which India alone accounts for about 400 million.