Rajasthan government has been actively using IT to enable people avail services right at their doorsteps. The disbursement of online pension and ration among many other projects has put Rajasthan on the map of the progressive states using information technology to bring change in the lives of the people 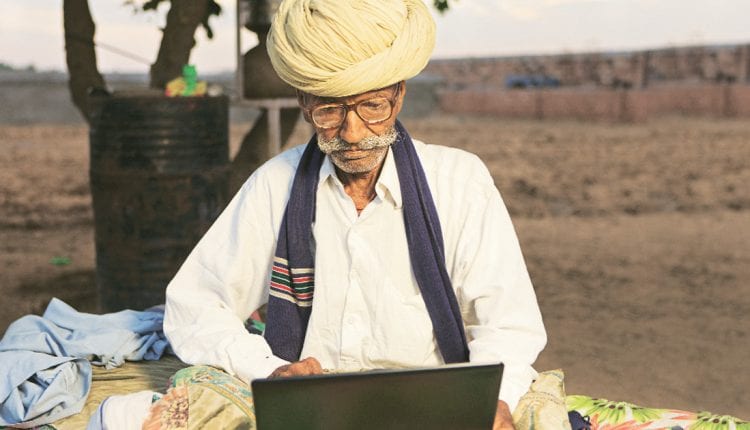 Rajasthan’s digital transformation journey over the past few years has been very exciting and at the same time very challenging as well. India’s biggest state by geographical area has excelled in almost every field in rolling out citizen services in a better way by using modern technologies. The state has achieved many milestones by exploiting information technology as a tool to make citizens’ lives easy. Projects like ePDS has changed the way people used to get ration at the government-run stores. Earlier, people had to face difficulties and sometimes run from pillar to post to get the ration. With technological interventions, people are getting ration at stores via POS (point of sale) machines across the state.

When asked about how this entire project was brought in, Ambrish Kumar, Commissioner and Special Secretary, Department of IT and Communication, Government of Rajasthan, says, “ICT has enabled government officials to track how much of the ration a person has received from a particular ration store. Over one crore PDS transactions are happening every month in Rajasthan.”

Not only ration but pension disbursement process has also been made simplified in the state. In Rajasthan, old age pension is being given to 65 lakh old age pensioners which has become 95 per cent online, whereas five per cent of the people still preferring money orders to get their pension. Explaining how the project became a reality, Kumar points out that there was the need of knowing how many old age pensioners were still living for which the pensions were linked to Aadhaar. “After making it Aadhaar-based pension disbursement, the elderly people were supposed to visit nearby kiosks for KYC, if the KYC is done that testifies that the beneficiary is not fake. Earlier, it used to be a manual process and it created a lot of hardships for the pensioners, adds Kumar.

Kumar believes that the end-to-end thought process is still missing from the sphere of e-governance and a few people still find that paper is difficult to replace even in this era when technology is being widely used like never before. “People often say instead of paper-less lets go towards less-paper but in today’s world with the level of mobile connectivity and internet penetration, I believe the time of less-paper has gone,” he mentions.

Citing India’s successful digital transformation journey, the commissioner remarks people should not have any excuse to use paper in the current time. Kumar asserts that paper introduces uncertainty in the process and when someone starts having a paperless process, every step of the process becomes trackable. For ensuring time-bound citizen services, it is very imperative to have a paperless system. “Paperless system is one of the cornerstones of the e-governance project,” he states.

The secret behind Rajasthan’s robust IT mechanism lies in the strength of the IT workforce. The state is believed to have largest IT and Communications Department in the country, having over 5,000 employees which is even bigger than the size of the NIC.

In terms of connectivity India is almost at par with any other country in the world at present time, pointed out Kumar. As a word of advice to other departments, Kumar says the government institutions should make their planning absolutely clear before implementing any
ICT initiative.