A list of movies that addresses all your moods during this lockdown! 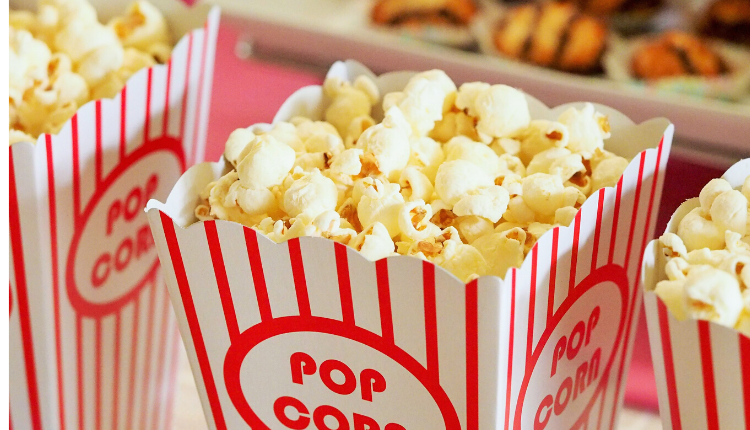 The announcement by the Prime Minister on Tuesday of a 21-day lockdown would be a great step towards containing the novel coronavirus. As life comes to a standstill for most, the economy, businesses, and workers breathe deeper and slower, unlike the otherwise fast-paced life they were catering to.

The strict protocol of the lockdown means staying at home at all times and that is the easiest thing people of this country have to do to contain a deadly virus. A good internet connection will have you hopping onto streaming platforms and a good diet will have you rejuvenating yourself like never before.

Use these 21 days to look after yourself, catch up on interesting content and keep your morale high. We have made it easier for you by creating a checklist of 21 movies that you should during the 21-day lockdown.

While most would suggest not watching this movie at the time of an ongoing pandemic infecting the world, you should watch it if you are a movie buff. The movie has striking similarities to the deadly virus that has spread and will leave you with an eerie feeling. Available on Amazon Prime Video.

The movie was in the news just a while back for winning the Oscar award for Best Picture and hence, it would be great for you to watch. The movie treads on the topic of greed and discrimination that disrupts the relationship between a wealthy and an impoverished family. Available on Amazon Prime Video.

A comedy-drama genre, this movie would be easy on the mind during the lockdown. It is about a person who joins the army forces and is not very high on IQ. He is caught up thinking up his high school sweetheart who has problems of her own. Available on Netflix.

Every movie buff would know why this movie is big. It brings together 3 masters of the film fraternity- Tarantino, Leonardo Di Caprio, and Brad Pitt. The movie has won a couple of Golden Globes and Academy awards but the star cast and direction is the biggest reason for you to watch this movie. Available on Amazon Prime Video.

Zoya Akhtar captures the quietly popular Hip Hop culture present in Mumbai rather remarkably. Inspired by real stories the movie will have nodding to rap music, empathizing with the journey of characters and also having a laugh riot! Available on Amazon Prime.

This computer-animated fantasy film should be watched purely for the superior graphics and animation. The storyline will make you want to be closer to your family and so is perfect during a lockdown. It explores the journey of a young boy who wants to sing despite the ban on music in his family. He stumbles into the Land of the Dead and has startling revelations. The film won a lot of awards and is available on Hotstar.

Christopher Nolan has a way with storytelling and with Interstellar he strikes a higher connection with the audience. For space and tech lovers, this movie is futuristic with a great storyline. The star cast includes Mathew McConaughey and Nolan’s regulars Anne Hathway and Michael Caine. Watch it on Netflix!

Having won the Best Animated feature at Oscar, you must watch this version of Spiderman as it has 5 different versions of Spiderman coming together from different universes!

Another one for space lovers, the film is about how a linguistic expert manages to communicate with aliens that have come in a mysterious spaceship. The film has won a lot of critic praise and awards. It is available on Netflix.

Having so much time to yourself would be great for retrospection and Dear Zindagi does exactly that for you. The story is of a modern cinematographer, Kiara (Alia Bhatt), seeking the help of a brooding and full of wisdom therapist played by Shahrukh Khan to get past troubles. It is available on Netflix.

The movie is based on a real story of a Kashmiri spy who marries into a Pakistani family to give information to India. The film has won a lot of awards as Best Film and for Alia Bhatt’s splendid performance. Watch it on Amazon Prime.

While most have already watched this movie, you can always watch it again! Nolan’s Batman movies give a superior edge to batman especially due to the fancy gadgets and vehicles used in the film. For tech lovers, the bat pod, batmobile and bat would be very fascinating and no one compares to Joker as the all-time best villain. Watch it on Netflix.

This movie is the perfect mix of a romantic genre supported by technological aspects. The film is about how a lonely man develops a relationship with his virtual assistant AI and how that escalates quickly. At a time of Siri and Alexa, this is a movie you should watch to know the possibilities of AI and especially when you are locked down and lonely. Watch it on Netflix.

The story of Zuckerberg is very interesting as it explains how we have all landed in this social networking dependent generation. The movie displays the irony of how Facebook connects people but causes a rift between the founders. Watch it on Netflix.

Again one for space lovers, the movie is about how two astronauts need to find a way back to earth after being hit by space debris. The entire movie is in space and has a great cast that includes Sandra Bullock. Watch it now on Netflix!

A very futuristic movie, the movie explores how a voyage is set to reach another planet but there is a malfunction in a person’s hypersleep pod which wakes him up. The rest of the movie shows what that passenger does on the spaceship when everyone else is in hypersleep. The movie stars Jennifer Lawrence and Chris Patt. Watch it on Netflix.

A must watch movie for every IT and tech lover. It is about a software programmer who enters the virtual world and has to battle a malevolent software. ‘Tron’ is a program that he uses to fight the villain. Watch on: Netflix.

While this is a romantic story, it is way ahead of its time. The movie shows a technology that can help lovers forget their past memories with each other and begin life again. Quite the dream, isn’t it? To forget everything you don’t want to remember. You must watch it just for its offbeat concept on Netflix.

Do I need to convince you to watch Robert Downey Jr at his best with the most fascinating gadgets? Most of you would be re-watching Ironman but I assure you it is worth it. Everyone needs a superhero movie at a time of world crisis! Watch it on: Hotstar.

The film that finally got Leonardo Dicaprio an Oscar! The movie is about a legendary frontiersman who gets abandoned by his hunting crew and then uses all his knowledge and skills for survival. Apart from being a great film, it will remind you to understand the importance of knowledge and how to stay motivated during tough times.

Just like the title, each one of us has hit a stark realisation of how granted we are taking life for. It would be a good time to find motivation in living life to the fullest and doing everything you really want to! Watch it on Amazon Prime Video.

It’s movie and popcorn time: Tell us what is something you always wanted to do and will do once the coronavirus is defeated?

Maharashtra working on multiple use cases of Blockchain; policy to be out soon