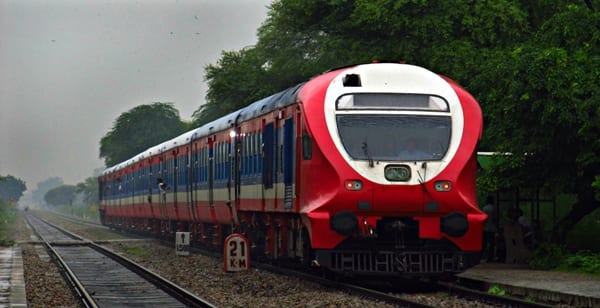 Indian Railways’ PSU RailTel celebrated its 20th Foundation day on 25th November 2019 in New Delhi. Minister of Railways and Commerce & Industry, Piyush Goyal was the chief guest of the event. Minister of State of Railways, Suresh C. Angadi graced the occasion as the Guest of Honour. Chairman, Railway Board, Vinod Kumar Yadav and Member Signal & Telecom, Railway Board, Pradeep Kumar, other Railway Board Members and Senior officials from Railways, DoT, Railway PSUs, and senior officials of the Telecom sector were also present on the occasion.

Speaking on the occasion through video conferencing, Minister of Railways and Commerce & Industry, Piyush Goyal congratulated RailTel for its glorious journey. Goyal said that RailTel is truly a millennial PSU with a short history behind and a long future ahead. RailTel has done a remarkable job by bringing Wi-Fi to every nook and corner of the country through Wi-Fi service on 5400+ railway stations. Now that the RailTel is coming of age, it needs to aim for greater heights and become a Rs. 10000 cr. company in the coming years.

Praising the station Wi-Fi project of RailTel, Goyal said that the 5400+ station Wi-Fi will help in making Railway stations hubs of digital transformation. 1.5 cr people are using RailTel Wi-Fi in a month. Goyal also shared some heartwarming stories of Station Wi-Fi helping people in achieving their dream. Goyal shared a story of a porter in Kerala who used this Wi-Fi facility to study and clear Kerala Service Commission exam and Soni Sahu, a farmer, who is learning new techniques of farming using station Wi-Fi to increase productivity,

Speaking on the occasion, Minister of State of Railways,  Suresh C. Angadi said that RailTel started as a Rs. 15 crore company and now it is a Rs. 1000+ crore company.  Angadi congratulated RailTel for connecting 5400+ stations to Wi-Fi in such a short time.  Angadi also advised CMD, RailTel to expeditiously connect gram panchayats under Bharatnet to bring Wi-Fi to the rural population.

In his welcome address, CMD/RailTel,  Puneet Chawla elaborated on the achievements made by RailTel in the past years. Chawla stressed on the fact that RailTel is one of the very few consistently profit-making, dividend paying, debt free telecom PSUs despite tough competition in the market. In the last financial year RailTel achieved 1017 crore turnover, with an operating margin of Rs. 184 crores.

Chawla spoke about some of the ongoing and new projects of RailTel, like station Wi Fi project, Railwire Saathi, NIC e-office, Video Surveillance system, Modern Train Control system etc.  Chawla also announced that RailTel has successfully started executing Railwire Saathi project to carryout assisted internet usage and to develop rural entrepreneurs–who will man Railwire Saathi kiosks at stations to extend various online e-governance services of Government of India to rural population. The Kiosks will be set up at 200 stations as a pilot project.

Tech Failures: What Can Brands Learn from Chaos at Chaayos