Under such uncertain circumstances, most startups based out of India have been driving themselves into a deep pandemonium. However, with VC firms like 'Venture Catalysts', there's some respite... 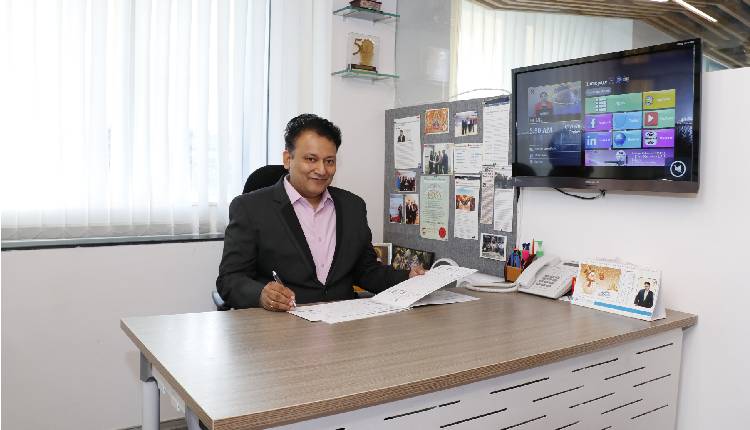 The latest Bain & Company’s India Venture Capital Report 2020 that said the Indian venture capital industry invested a record $10 billion in 2019, driven by increased deal volume and larger average deal sizes. The amount was 55 percent higher than the money invested by the industry in 2018.

The contemporary times seem to be a little perplexing for every industry. Under an initiative of Venture Catalysts, called 9Unicorns, startups might heave a sigh of relief. Express Computer has delved deeper into understanding the equation between VCs and entrepreneurs.

How is 9unicorns encouraging corporates to invest in startups?

9Unicorns was launched to identify high-potential, early-stage businesses across sectors. Through 9Unicorns, startups get access not only to funding but also to business angels and Venture Catalysts (VCats) corporate community of over 4,500 members. We also conduct regular investor meet events, where startups get the opportunity to reach large corporates and pitch their ideas to them. Essentially, 9Unicorns serves as a bridge between budding ventures and corporates while encouraging the latter to invest in India’s promising startups.

Does this involve bridging the gap for early-stage funding for startups as well?

It’s common knowledge that most startups in India face funding crunch, especially in the initial stage. However, the first 1-3 years are crucial to a startups’ existence and it’s imperative that there is a steady flow of capital. This is where 9Unicorns comes into the picture. The accelerator VC will provide startups with end-to-end funding support for up to 18 months. After that, startups will also be able to raise large funds for Series A+ rounds from growth-stage investors.

9Unicorns Fund has already received a dedicated fund worth INR 300 crore from Venture Catalysts, which will be invested in over 100 startups across the country with an allocation of Rs 60 lakh in each startup for 5% equity.

How is 9Unicorns, the accelerator VC is replicating the model of Y Combinator of the US? (With an idea to help start-ups keep up with the growing sizes of early-stage funding rounds)

India’s startup ecosystem is thriving, and it has produced the third-highest number of unicorns and soonicorns after China and the US. However, there is a massive gap between the second-highest and the third-highest for two significant reasons—lack of accelerators and a massive drought of early-stage funding. According to a report by CB Insights, Indian startups received 20x less funding than what their peers in the US received at $84 billion in 2018. Besides, India has way too few accelerators. While the US has one accelerator for 25 startups, In India, over 70 start-ups on average do have access to one accelerator.

Hence, to bridge the widening gap, we took this initiative to create an accelerator VC built just for Indian startups on the lines of Y Combinator of the US. It has helped over 2,000 companies including Airbnb, Stripe, Dropbox, and DoorDash become valuable Unicorns. We also plan to replicate the similar success in the Indian market.

Could elucidate a little more on how it plans to invest $45 million (INR300 crore) through its first fund?

9Unicorns plans to invest in 100+ companies every year, offering a standard deal of INR 60 lacs in each startup for 5% equity. Additionally, it may also invest INR 3-5 crore more during subsequent funding rounds for startups that show promising growth trajectory over a period. However, the names of the startups are yet to be shortlisted.

The idea of 9Unicorns is to create a portfolio of 100 startups in the next 30-36 months. How does it help create more Unicorns out of its stable?

9Unicorns believes in an end-to-end approach to the early-stage start-up investing, serving as a one-stop platform for providing funding, mentorship and networking support to emerging businesses. It offers full financial support to seed-stage Startups, helps them build their core team, and also enables them to access Venture Catalysts’ extensive network of angels spread across India and worldwide. This will offer 360-degree help to high-potential startups, thereby enabling them to grab the attention of deep-pocketed domestic and global investors in their next phases of growth.