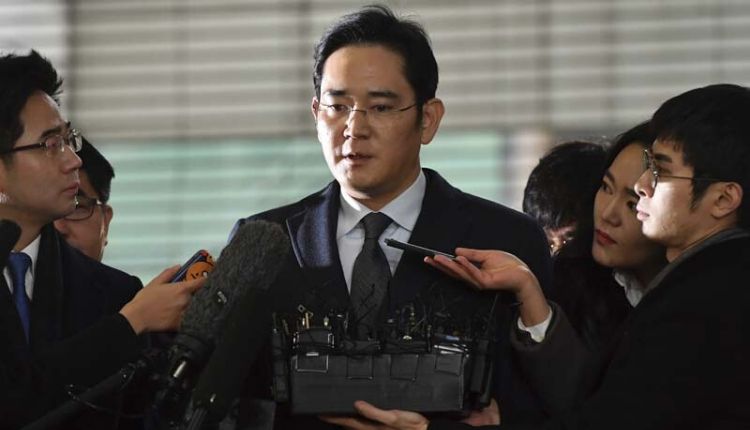 The Seoul Central District Court ruled against an arrest warrant for Lee and two other former Samsung executives Monday, saying that despite considerable evidence obtained through their investigation, they didn’t have a valid reason to detain Lee.

”The relevance of the basic facts has been explained and it seems prosecutors have secured a considerable amount of evidence through their probes,” said Won Jung-sook, the judge in the case. “However, they had an insufficient explanation of the need to detain suspects.”

Samsung Electronics Co. shares rose by as much as 2.9% in early Seoul trading on Tuesday.

The ruling marks a victory for the co-vice chairman of the company, who’s embroiled in an increasingly contentious dispute with South Korean prosecutors over allegations of bribery and corruption. The request for an arrest warrant stemmed from a legal clash that dates back to 2015, centering on whether Lee and Samsung used illegal means to help him take control of a conglomerate founded by his grandfather.

Prosecutors have been looking into alleged accounting fraud at Samsung Biologics Co. and a controversial 2015 merger of two Samsung affiliates, part of a broader probe into Lee’s succession plans. Investigators accuse Samsung of orchestrating a scheme to manipulate the value of Cheil Industries and Samsung C&T during the transaction, which they say helped the heir solidify his control of the conglomerate.

”Given the seriousness of the case and a trove of evidence, the court’s decision to reject is a shame,” the prosecutors’ office said in a statement, as reported by Yonhap News. “Regardless of the result, we will do our best to continue the investigation according to law and principle going forward.”

The failed arrest attempt is a relief for Samsung, which last week requested an outside review panel to assess the validity of a potential indictment of Lee by prosecutors, as allowed under Korean rules. If the panel is formed, it will make an assessment and give recommendations to prosecutors in coming months.

Lee’s lawyers said in an emailed statement that they expect an impartial discussion of the case through the panel review. The Seoul Central Prosecutors Office said it will discuss Samsung’s request for the panel this Thursday, according to Yonhap.

Tensions between South Korea’s largest conglomerate and prosecutors may intensify in coming weeks as both sides strive to win public opinion. Lee spent a year in prison from February 2017, when special prosecutors detained him over allegations that he bribed a confidante of former president Park Geun-hye.

Samsung — the world’s largest producer of memory chips, displays and smartphones — has continued business as normal during the years-long probe and investors have been mostly unfazed. Its shares soared during 2019 and into the first months of 2020 before the coronavirus pandemic, despite prosecutorial scrutiny and investigations into more than a hundred group officials. But Lee’s plight remains a greater concern for Samsung because his potential absence would render it more difficult to make major decisions, such as on mergers and acquisitions or extraordinary investments.

Samsung is fighting not just for Lee’s liberty, but for its corporate reputation. The allegations that it used gifts to buy government favor so one of the country’s richest men could take over his family’s company are so explosive they inflamed public opinion against major South Korean companies and shook the political balance of the nation.

Samsung and Lee are determined to clear their names. The scion made a rare, personal apology in May, admitting missteps in the past and pledging not to hand leadership of the group to his children. Samsung has also been visibly active in helping South Korea’s battle against the coronavirus, dispatching its own doctors to help in the fight and helping to ramp up production of testing kits.

Fresh tensions between prosecutors and Samsung erupted in 2020 as the 51-year-old billionaire faced a new indictment over his involvement in succession plans, while a separate but related bribery trial involving the former administration remains in deadlock. Prosecutors have argued that one judge involved is biased and inclined to go lightly on Lee. The Supreme Court now needs to decide whether to keep the judge involved or replace him, which could mean the trial would drag into next year.